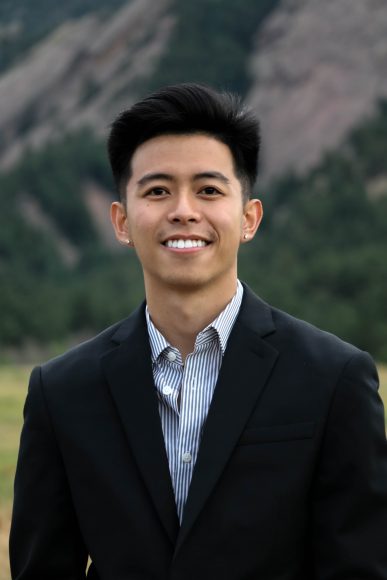 “It made me feel I was able to change this girl’s life with a two-minute video,” University of Colorado Boulder student and aspiring director Steven Thai said. “That’s when I knew that’s what I wanted to do for the rest of my life.”

As a high school student in Aurora, Thai created a video for the Rangeview High School’s Make-A-Wish child to raise money. A self-taught photographer, Thai had minimal experience with film and low expectations for the video’s success. However, once released, the video instantly took off, causing the campaign’s “donations to sky-rocket.”

Thai felt empowered and inspired to continue pursuing film, leading to a major in film studies and film productions at CU Boulder. At CU, he said his studies have “refined (his) craft.” To gain experience, he is a video intern for the CU men’s basketball team and is the multimedia chair for CU Student Government (CUSG).

He also has directed three short films — “My Escape” (2018), “Mirror” (2019) and “Safe” (2020). “Safe” was an official selection for two film festivals: the Indie Short Fest and the First-Time Filmmaker Showcase. Thai has his own IMDB profile.

For his short films, Thai’s ideas usually come from “personal experiences” and “key moments” in his life, which he said can be “really dark and really depressing.” Often, Thai will “tweak the idea so it’s more theatrical and universal and everyone can relate to it.”

“It’s really nice when you can show your side of the story through the film. Hopefully, it can inspire others or have them feel a certain kind of way and relate to it,” Thai said.

His latest short film “Safe” is dark but relatable. “Safe” depicts news editor William Quinn, whose life is monotonous and depressing. He experiences a professional betrayal, which changes his life.

Thai’s darker themes can be traced to his cinematic idols. His favorite directors include Christopher Nolan (“The Dark Knight Trilogy,” “Inception” and “Interstellar”), Damien Chazelle (“La La Land” and “Whiplash”), Ryan Coogler (“Black Panther”) and his “all-time favorite,” the “film pioneer” Martin Scorsese (“Goodfellas,” “Raging Bull” and “The Irishman”). Thai draws inspiration from their styles, while also shaping his own distinctive voice.

“A lot of directors now, including myself, are trying to find our own techniques, our distinguishable styles and who we are as a director,” Thai said.

In the future, Thai hopes to work for his dream studio A24, known for iconic indie films including “Moonlight,” “Midsommar” and “Lady Bird.”

“I want to focus on Hollywood movies that you can see on the big screen,” Thai said. “The dream is to hopefully be making a feature full-length film funded by a studio. I want to be still doing what I do now — writing and making movies. I hope that I am still chasing that dream, that passion.”