Childish Gambino pens an enigmatic love letter of chaos with ‘3.15.20’ 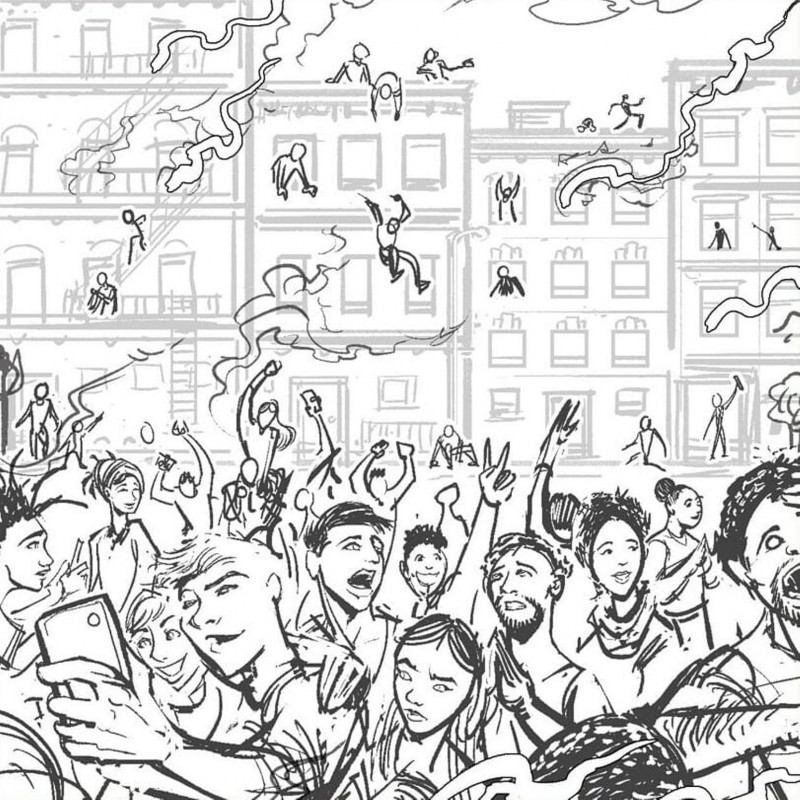 Actor, comedian and musician Donald Glover, also known as Childish Gambino, has never been one to stick by the playbook. Over a decade-long career full of comedy rap, chart-topping hits, roles in blockbuster films and his own show on FX, it’s clear the 36-year-old hasn’t been keen on confining himself to one venture.

Months of silence on the music front led many fans to speculate the Gambino persona may just be a bygone footnote in Glover’s wide-ranging career. However, in the early morning hours of Sunday, March 22, Glover took to his website to abruptly unveil “3.15.20,” his first full-length album in nearly four years. Donning the Gambino moniker once again, Glover brings something completely different to avert stagnation, this time with effortless genre-hopping and astute lyricism. “3.15.20” may be the first Gambino record to truly combine everything in his artistic wheelhouse.

Known for his conceptual albums—such as 2013’s electronic-heavy “Because The Internet,” which had an accompanying screenplay to highlight the album’s intricate narrative, as well as 2016’s retro R&B “Awaken, My Love!” which harkened back to the 70’s psychedelic soul era—Gambino’s newest project stands out through its seeming lack of cohesion, making way for something largely experimental.

On “3.15.20,” Gambino masterfully jumps from gritty hip-hop to tender funk ballads in mere seconds, giving moments of melodic pop verses interlaced between drawn-out, droning beats that are not beholden to any structure. A star-studded cast of features that include the likes of Ariana Grande and 21 Savage are hidden tastefully under the complex production. Most songs on “3.15.20” are timestamped to reflect the continuous flow of the album, which allows one sound to seamlessly spill over into the next, much in the same spirit as Pink Floyd’s experimental “The Wall.”

Lyrically, “3.15.20” delves mainly into existentialism, a theme Glover has grappled with in previous work. However, instead of the cold, nihilistic edge that he displays in 2013’s “Because The Internet,” here, he presents a more rounded, worldly view. On “Time,” an 80’s style duet with Ariana Grande, he ponders “Maybe all the stars in the night are really dreams / Maybe this whole world ain’t exactly what it seems / Maybe the sky will fall down on tomorrow.” Straddling the line between existential horror and the beauty in appreciating the present, Glover’s observations feel especially poignant in a digital era where face-to-face interactions are becoming frequently limited daily and our collective distance leaves many feeling unsettled by the lack of sincerity and truth in the world.

On more sprawling tracks, such as “47.48,” Gambino repeats lyrics over an experimental funk groove to highlight how violence destroys innocence. “Little boy, little girl / Are you scared of the world?” he asks us, “Is it hard to live? / Just take care of your soul / Let the beauty unfold.” Ending the track with a recorded conversation with his son, Legend, Glover’s lamentation of chaos in society doesn’t come from a place of defeat, but rather the change that the next generation brings.

Far grown from the heartbroken young lover heard on 2011’s “Camp,” Glover now triumphantly sings “There is love in every moment under the sun, boy / I did what I wanted to / Now I just power forward” on the album’s final track, “53.49.” Though he’s painfully aware of the very worst, this is a hopeful Glover at his most confident yet.

Instead of confining itself to one concept, feeling, or genre, “3.15.20” finds beauty in the lack of cohesion. Jumping between the avant-garde and more accessible songs, Glover intentionally disorients listeners, inspiring both dread and comfort. “3.15.20” proves that our reality isn’t single note, and that it’s possible to be deeply terrified of what’s going on and be your best self at the same time.

The intent behind Glover’s newest musical effort could not come at a more fitting moment. And in uncertain times like these, we’re all better off if we strive to find beauty in the chaos.