The Weeknd ventures through dark and dysphoric soundscapes with ‘After Hours’ 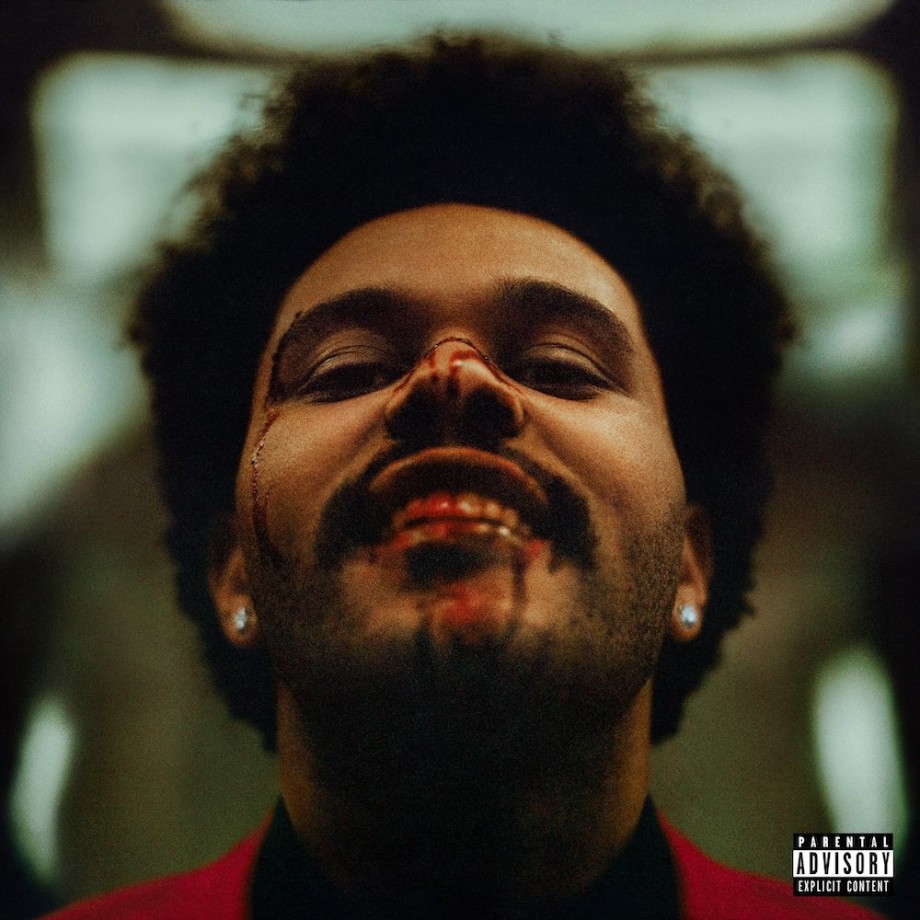 “After Hours” by The Weeknd. (Courtesy Republic Records)

Seeing the bloodied, sullen face of The Weeknd in recent promotional appearances is nothing short of eerie, almost serving as a representation of current collective global sentiment. However, on his newest album, “After Hours,” he brings respite to the world with his familiar and delightfully melancholic ballads, while also boasting his most fully realized work yet. “After Hours” comes at an important time in music and is the needed distraction to a world that seems to have been turned upside-down.

After exploding to global fame in 2016 with the pop-heavy “Starboy,” featuring collaborations with the likes of Daft Punk, Kendrick Lamar and Lana Del Rey, the R&B alter-ego of Canadian singer Abel Makkonen Tesfaye became a certifiable chart-topper of the decade.

Tesfaye’s latest album follows the storyline of The Weeknd’s new persona: a debauched, down-on-his-luck party animal, as seen in recent performances. Aptly named “After Hours,” the album explores just that: the trials, tribulations and heartbreak of when the party’s over while also pleasing with the blaring, arena-filling synths that earned him stardom this decade.

Aside from a brief seven-track project in 2018, The Weeknd has adopted a seclusive persona while also going dark on new releases. As he told NME recently,  “I spend most of my days alone now. I enjoy being a workaholic, I think, or I’m just addicted to it. It distracts from the loneliness, I guess.”

On the track “In Your Eyes” and “Blinding Lights,” The Weeknd provides bombastic, Miami Vice-esque synth hits and swanky lyricism akin to 2016’s “I Can’t Feel My Face,” detailing the misery behind his adventures while singing “I look around and Sin City’s cold and empty / No one’s around to judge me /  I can’t see clearly when you’re gone.”

On some tracks, The Weeknd puts on a glitter-clad persona for a moment and offers a glimpse into Tesfaye’s personal psyche. During the police siren and sub-bass dominated “Faith,” he croons “If I OD, I want you to OD right beside me / I want you to follow right behind me / I want you to hold me while I’m smiling, while I’m dying.” As Tesfaye lets us into his mind, he’s not afraid to show that while he loves, he loves selfishly.

During the song “Snowchild,” Tesfaye sings “I used to pray when I was sixteen /  If I didn’t make it, then I’d probably make my wrist bleed,” admitting that the expectations he places upon himself haunt him. This brutal honesty is a welcome departure from much of his previous lyricism, which at times was frustratingly abstract.

After hours comes at a time for creative distraction. It is an accomplished album from hard work and collaboration. “After Hours” succeeds in is the lack of distraction. Aside from an amalgamation of producers being credited (Kevin Parker of Tame Impala fame definitely holds influence over the rich resonance of “Repeat After Me”), Tesfaye’s airy vocals are enough to carry the listener through the 14-track journey with enough range to satisfy. Its best moments are when Tesfaye’s voice and the echoing synthpop pulse converge into moments of expert immersive songwriting.

After a week of the incomprehensible news of pandemic measures becoming the new normal, “After Hours” provides a level of vindication as the emotions explored on this record, anxiety, depression and uncertainty, espouse what many are feeling, restlessly hunkered down for the time being. As The Weeknd straddles the line between his trademark hazy brag-lament and moments of songwriting growth, he strikes a perfect mood. “After Hours” accomplishes exactly what it sets out to do, becoming the perfect soundtrack for dreams of late-night cruises that validate the feelings of highs and heartbreaks.

“After Hours” can be streamed on a variety of platforms here. The Weeknd is slated to tour throughout the U.S. and Europe this summer. Locations and dates can be found here.

Ben Berman is the assistant arts editor for the CU Independent and a sophomore media production and journalism student. He writes about trends in the Denver music scene, covers local concerts and keeps an eye out for new music. He's also interested in Nintendo games, sci-fi and Giants baseball.

“The Florida Project:” a contrast of poverty and beauty

A student-led tribute to Elijah McClain will “channel a...