‘Spring Awakening’ is an abstract exploration of adolescent struggles 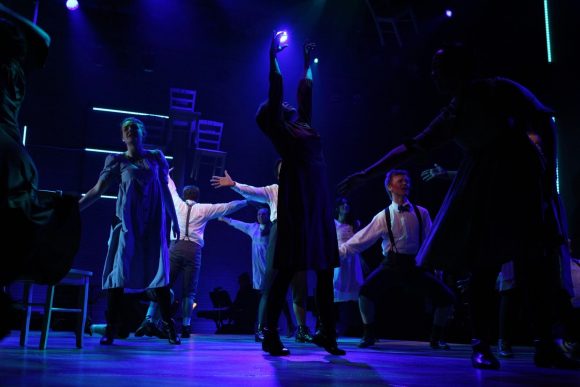 In contrast to its 2006 Broadway production, which focused on realism, the University of Colorado Boulder’s version of “Spring Awakening” challenges the status quo with abstract movements and staging. The show will run from March 6-15.

“Spring Awakening,” a controversial musical, addresses many difficult issues, including sexual assault, suicide, abortion,  gender roles and sexual exploration in 19th century Germany. It is based on Frank Wedekind’s play of the same name.

CU student Brendan Lynch plays Moritz Stiefel, a character that deals with mental health issues, aggravated by academic pressures. Lynch remarked that he does not “think this is your (original) Broadway production of ‘Spring Awakening'” and said the show explores a “deconstruction of the culture that we’ve created and our expectations for that culture in order for the youth to build the culture that they conceptualize.”

Lynch discussed the play’s deconstruction of gender dynamics. While older generations often desire to break down gender roles, some in the younger generations want to eradicate the concept of gender completely.

“There is an interplay in the show between all of the dance, the music and the acting that I think in many shows (is) presentational, but ‘Spring Awakening’ is very raw. It’s not particularly aesthetically pleasing,” Lynch said.

The most abstract part of this show will be the dancing, which is far from typical musical theater. Lynch describes the dance as “Postmodern gestural movements,” which he said, “feels like what the music sounds like.” This term, which comes from choreographer Marla Schultz, relies more on emotions and feelings rather than dance techniques, much like lyrical dance. Many of the physically intimate moments involve no actual touching. The abstract staging, thus, allows the actors to safely navigate the complicated themes.

Lynch said he searches for an “honest as opposed to a theatrical moment” to help the audience connect to Moritz Stiefel’s story. He hopes the audience will leave with the idea that we need to “give youth the space to explore themselves and find their own ways out” of the turmoil that is puberty and growing up.  Lynch’s hope for the performance is that it “is a little less about being impressive, angsty and emotional and more about the issues that the show is talking about” in order to make it “a lot more impactful.”