‘The Popular Mechanicals’ to bring laughs to the Loft Theater 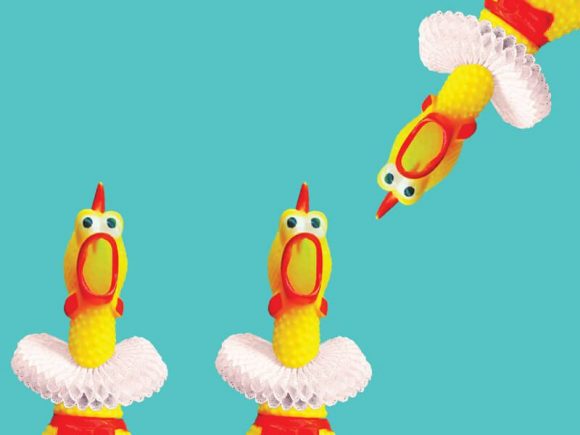 The University of Colorado Boulder Department of Theatre & Dance is opening the semester with a Shakespeare-inspired comedy “The Popular Mechanicals” from Feb. 13-16 at the Loft Theater.  The comedy follows the theatre troupe led by Bottom from Shakespeare’s “A Midsummer Night’s Dream.” Shakespeare’s original show centers around a large wedding, four young people and a mischievous fairy with a love potion. This retelling gives the troupe the limelight, filling in the gaps of their story.

The idea for “The Popular Mechanicals” takes inspiration from various Australian actors and directors that had a segment near the end of their shows where they would improvise a new Shakespeare-style play on the fly.  This segment was so popular that they decided to turn it into a scripted comedy, performed for the first time in 1987. Mixing together jokes and references from modern comedy with the prose of a Shakespeare play, the writers created something truly unique.

“It’s a play that has its foot firmly in a couple of different eras. It has its roots in Shakespeare, but it also is very specifically contemporary clowning,” said Ian Court, dance professor and director of the production. Court is originally from Australia and said that he is very excited about performing “The Popular Mechanicals” at CU.

The cast had to focus on bridging the gap between the contrasting eras. “This show presents the unique challenge of combining contemporary and modern pop culture references with text ripped directly from Shakespeare scenes,” said cast member Jason Toennis.

While “The Popular Mechanicals” is indeed a comedy, the humor in this show is varied and intense. The staging pulls from specific eras in comedy, like a stand-up routine inspired by Dean Martin’s work in the 1950s.

“It’s voice, it’s physical, it has bits of slapstick, vaudeville, they dance a bit, they sing a bit, they’re doing a little bit of puppetry. It really challenges them to use every part of the actor’s instrument,” Court said.

Toennis said that this show has given the actors a lot of freedom to add their own flair. “Every rehearsal myself and the rest of the cast have done something different. A lot of the things that we do on the fly make us laugh, we will all be like, ‘keep that in, keep that in!’”

Rubber chickens also play a unique role in this show. They’ve been heavily used in the advertising and descriptions of the show since the announcement of this CU theater season.

Cast member Stephanie Saltis said, “We have a pretty intense chicken choreography in Act Two that I’m pretty jazzed for everyone to see. Nobody who comes is ever going to be able to look at a rubber chicken the same way again.”

“I would recommend this to anyone who didn’t read the assigned Shakespeare play in English class and just kind of suffered through, while their teacher lectured them about it. But I would also recommend this show to people who really truly are Shakespeare fans. It’s got something for everyone. It has layers of jokes,” said Toennis.

“The Popular Mechanicals” will run Feb. 13-16 in the Loft Theatre. Tickets are $16.  More information can be found here.