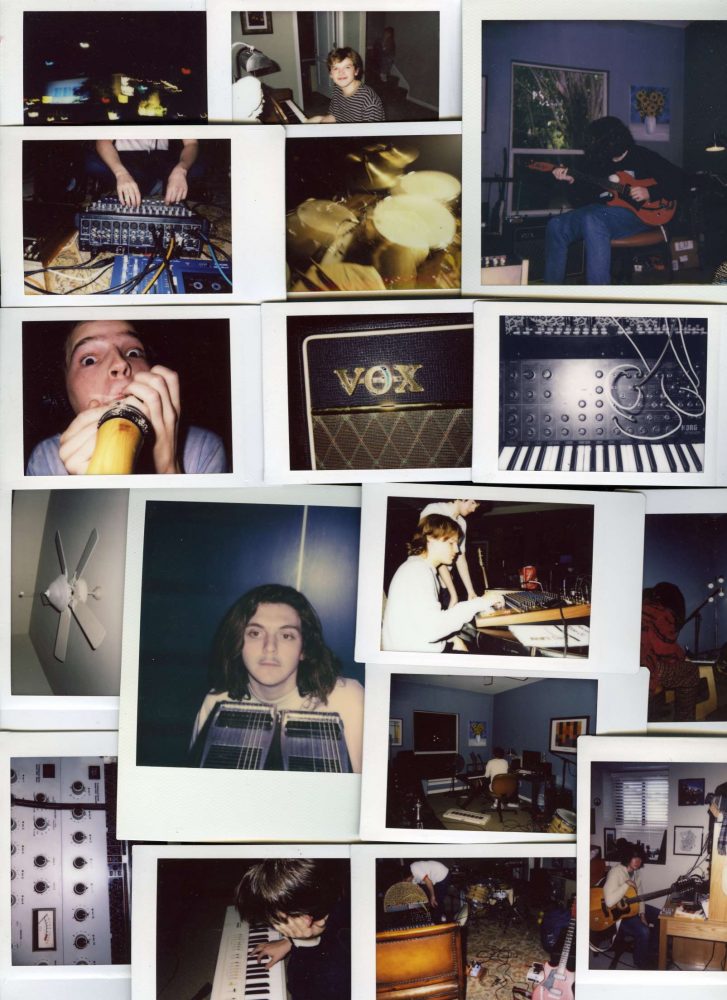 Scenic Brooke West, an Austin, Texas/Boulder-based band, is looking to reinvent the psychedelic genre. The three-piece band, consisting of Jack Coffelt (guitar, drums), Dillon Harger (bass, drums) and University of Colorado Boulder freshman Evan Pratt (guitar, vocals), tested the waters of experimentation with their debut 2018 album, “Flew High Over Rourke Street,” and most recently, an electronic-influenced EP, “Leech.” The group draws uncanny sonic ties to Tame Impala but is looking to give an electronic Grateful Dead approach to their future songwriting endeavors.

Distance hasn’t kept the band from making music; with Harger attending UT Austin, Coffelt at Austin Community College and Pratt attending CU Boulder, the group has a dynamic method for long-distance songwriting. Now, as the band nears completion of their sophomore album “Eternal Pop Oblivion,” the CU Independent had a chance to speak with Pratt in person and the remaining two members over the phone. The discourse surrounding their experimental new work, the storied Austin music scene and how to balance DIY music production with the demands of higher education create a unique opportunity for what will happen to Scenic Brooke West next.

CUI: How did Scenic Brooke West get started?

Pratt: We’ve known each other since elementary school and we’ve always had a passion for music. Over time through school, we’ve just gotten so close to each other. It’s like a brotherhood thing. We started playing music in middle school, and it was kind of half-assed. Like, we thought we were gonna be this band in middle school that didn’t work out. But freshman year (of high school) things started to pick up. We’ve just gone from there.

CUI: Where did the name Scenic Brooke West come from?

Pratt: So there’s this diner called Jim’s that’s not too far from us. And I vaguely remember going there. And there was this old school map on the wall and it said Scenic Brooke West, and I was like oh, that sounds weird. We couldn’t come up with a name, so we went with Scenic Brooke West because it’s like, this suburbia and a neighborhood in Austin. It’s just one of those things that stick out. There was no rhyme or reason that was super important to us.

CUI: How did you get into making psychedelic music?

Coffelt: We just didn’t find that we like the music everyone was listening to. We listen to the stuff we want to listen to. But, it’s not like we make copycat music of it. We pull from so many influences, so it’s pretty hard to define a genre. But really, it’s just a psychedelic focal point that we’re searching for.

CUI: Do your Austin roots influence your sound in any way?

Pratt: Oh, absolutely. I grew up around classic country music. My grandpa ran with Willie Nelson, Waylon Jennings and those guys. For a long time, I kind of rejected it because I thought it’s kind of hokey and redneck. But over the last few years, it’s made such a profound impact on me. We obviously don’t make county music, but Austin is all about doing what you want, and it doesn’t matter what people tell you to do. Willie smoked pot and played shows with the Grateful Dead. So you have psychedelic cowboys. Austin’s like Boulder. It’s pretty free-spirited, like an oasis thing.

CUI: What other artists influence your music and your lives?

Harger: Tame Impala made me want to pursue music seriously. Writing, recording, pushing it all further. Kevin Parker does it all himself. We kind of went off of that. We were just recording music, and we’d never played a show in our town. We couldn’t find a drummer!

Pratt:  Tame Impala was definitely the basis of pushing us to make music together. My other influences are super weird. The Laurel Canyon thing is interesting to me, like the Byrds, and the Eagles a little bit. That’s why I bought a 12-string, to get that jangle. There were so many great songwriters around that time.

Harger: Also, the Grateful Dead.  It’s so free-form. Having an element of complete unpredictability just takes it to the next level.

CUI: Would you say your music is mostly improvisational?

Harger: I’d say the process of songwriting and recording for me is completely improvisational. I’ll sit down and have an idea of what I’m doing, but if it doesn’t work, I’ll delete it and try something new.

Pratt: We don’t follow any sort of songwriting formula. And that wasn’t intentional, we just picked it up from the music we were listening to. Music shouldn’t be confined to a structure, it should be free-flowing like that.

CUI: Does the lyric-writing process share a similar mentality of improv?

Pratt: At the beginning, I thought I had to write stories. But that isn’t necessarily true. Listening to songs should take you someplace. They could be abstract thoughts that strung together are relatable, you know? I could just talk about a gust of wind and it could take you wherever you want it to. I don’t want you to live my story. I want you to have your own story with the music. Some of it is stories, but that’s because a lot of the experiences that we have are very universal.

CUI: How do you deal with the long-distance nature of college while producing more music?

Pratt: We send files to each other to work on, but the funny thing is, this is nothing new. Back at home, we would just send files back and forth and work like that a lot. It’s just different now because there’s definitely magic whenever we’re together and we come up with something great. I’m using this audio interface with a little keyboard. And I’ve got little knickknacks and my 12-string. So, I can do basics for a song, send it over to (Coffelt and Harger) to polish it up and put their own spin on it. But I’m literally in a dorm. My computer’s propped up on some textbooks. I got a mic set up on my pencil bag. It’s almost a physical representation of me balancing school and music. 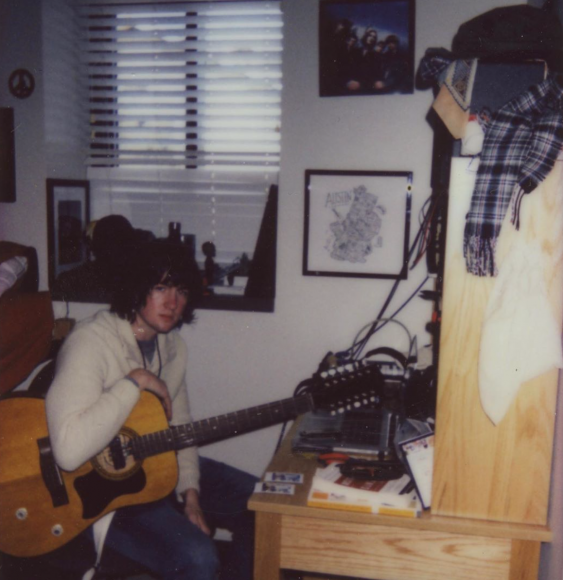 CUI: Where do you see Scenic Brooke West in the next few years?

Pratt: If it were up to us, we wouldn’t be in college. But there’s a higher power to that called our parents. I’m looking to spend two years (in Boulder) and then go back to Austin. I think next up is playing live shows. Austin’s the place to be, man. The great thing is, there’s always people to help out. It’s a communal system.

Coffelt: There’s a lot of places we want to play. There’s open mics where blues bands perform. It would be fun to go out there and see what happens.

Pratt: There’s a place called Poodie’s, where Willie Nelson played. A lot of really big country bands got there starts there. We’re not country, but it would be fun to play at this saloon bar with a bunch of cowboys drinking whiskey. And we’d just come in with an array of synthesizer sounds or something like that, it would just be hilarious. And, who knows? Maybe they’d like it. Those are the same guys who were like, “Fuck Nashville.” So there’s definitely some hippie types out there.

CUI: What can people expect from the forthcoming album?

Coffelt: The title is “Eternal Pop Oblivion.” Tapping into our spectrum of influences, we wanted to do an album that has a lot of pop songs and then completely change course. We’re gonna have a 17-minute drone track. Avant-garde shit.

Harger: A lot of psych bands now are just going poppy, you know what I mean?

Pratt: It’s like all the pop music is sending us into an oblivion, so we want to break it up by balancing it by putting in some pop, and then say, “fuck you, here’s a drone track.” And it’ll be between two pop songs, so you either skip it or not. And if you don’t skip it, great! Content-wise, it’s an extremely diverse array of genres, influences and emotions.

Coffelt: We do everything ourselves, we mix and master in our houses. We also don’t have money. (laughs) So we’re using our own equipment to make it good as possible.