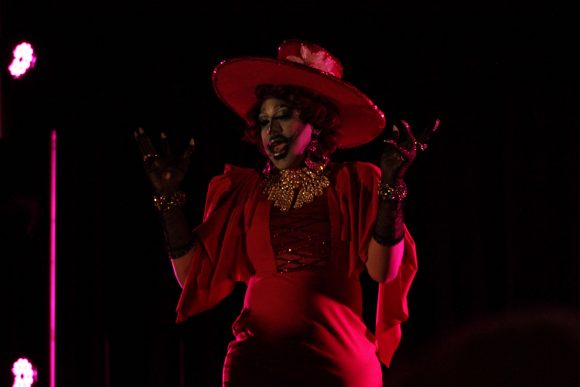 The University of Colorado Boulder’s Gender and Sexuality Alliance and Cultural Events Board held its annual drag show, titled “Under the Big Top,” Saturday night in the Student Recreation Center. While the show stalled in some places, the production managed to captivate and titillate for all of its over two-hour run time.

Show host Bella Couture Le Cher was an eccentric character. Le Cher works at Foothills Hospital by day and performs drag at bars all over the Denver area, such as popular gay bar Tracks Denver, by night. She celebrated Halloween late with a painted white face and eyelashes reminiscent of spiders, their legs nearly reaching her hairline. She sprinkled commentary with a uniquely intense, almost scary laugh and made ample use of costume changes.

Le Cher found unique ways to fill time in between performances, like having a miniature runway walk competition between audience members celebrating their birthdays and a “twerk-off” between two performers.

Other moments felt more dull, especially during a couple of technical difficulties which resulted in an inability to play the songs. The audience didn’t seem to mind, laughing and cheering at the awkwardness of the performers waiting to begin. 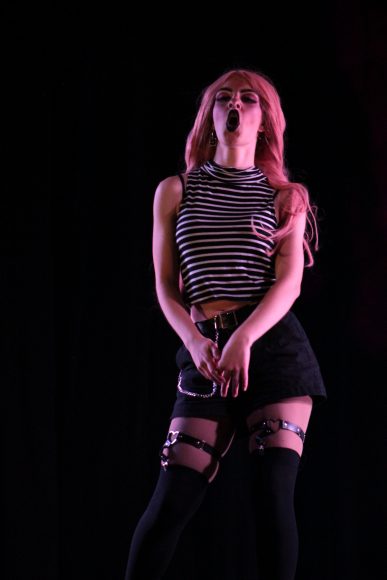 Last year’s host, drag queen Jessica L’Whor, made this filler time feel natural and comfortable largely through connecting with audience members with Q&A sessions. Questions ranged from how young people can accept themselves to how she hides her member through her skintight outfit.

Le Cher felt slightly more stilted than L’Whor at times in finding things to say and do, thinking of questions to ask the audience on the spot. However, she maintained high energy and humor throughout the show’s long duration and connected with the audience by giving people compliments and flirting with male audience members.

The show as a whole was remarkably executed. Performers never appeared to forget their choreography, no matter how intricate. Senior and performer Ivy Wingfield said rehearsals were “really challenging in the couple weeks leading up to the show, but definitely worth it.” 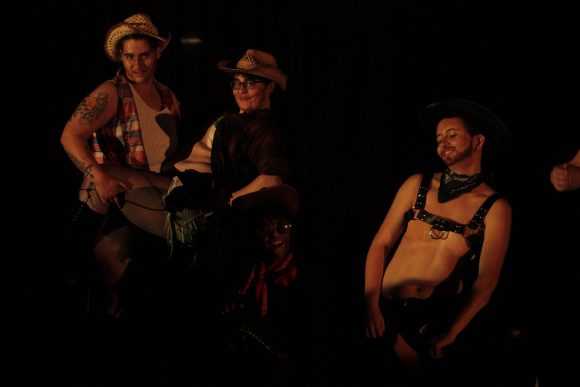 Performers were not afraid to shy away from sex and the audience was even less afraid to encourage it through cheers and dollar bills. Some people even went so far as to run to the stage and throw fistfuls of money at the performers, and others eagerly gave up their cash for brief pecks on the lips from a dapper drag king named Diego D Rose. It often appeared as if they were in a trance, hypnotized to sacrifice their hard-earned cash to the seemingly godlike performers.

For example, performer Sinnamon gave a burlesque performance to “Guy What Takes His Time” by Christina Aguilera, which could barely be heard over the enthusiastic screams of the audience. Beginning the performance with her torso hidden by a large white feather, Sinnamon donned nothing but a nude-colored thong and pasties underneath, giving the illusion of complete nudity on first glance. By the end of her performance, the stage was littered in crumpled-up dollar bills. 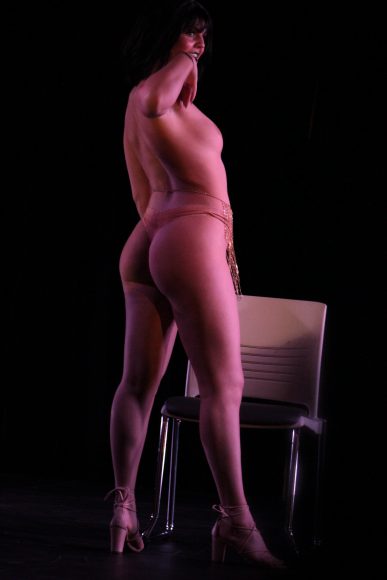 One can only assume that the performers do not practice such stark eroticism in their daily lives. The enthusiasm with which they expressed sex appeal felt cathartic, like a lifetime’s worth of pent-up sexual tension was being released before the audience’s eyes.

“I love experiencing how changing your gender presentation can change how you act,” said CU sophomore and performer Theya Wood, suggestively named Daddy Wood on stage.

Between sex appeal and general charisma, all of the performers exuded confidence and kept the audience intrigued. At one point in the show, an audience member frantically scrambled to the front row in an attempt to get attention from drag king Diego D Rose, climbing over one of the chairs. 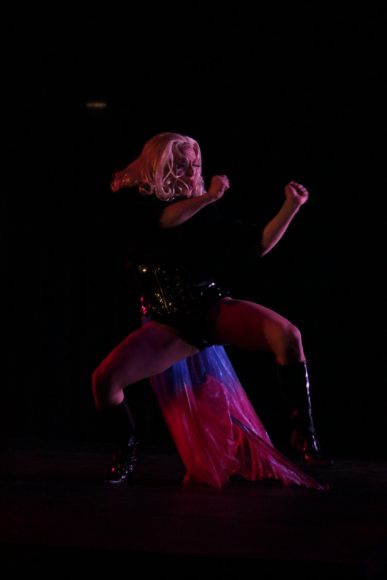 One of the performers, freshman Nolan Watts (stage name GG von X), was so confident that he had no pre-planned choreography. His wig flew off mid-performance, but he only danced with more enthusiasm. The audience’s cheers intensified. “I’ve never been the type of person to get nervous over-performing,” Watts said.

It is safe to say that despite slight setbacks, CU’s drag show was far from a drag.