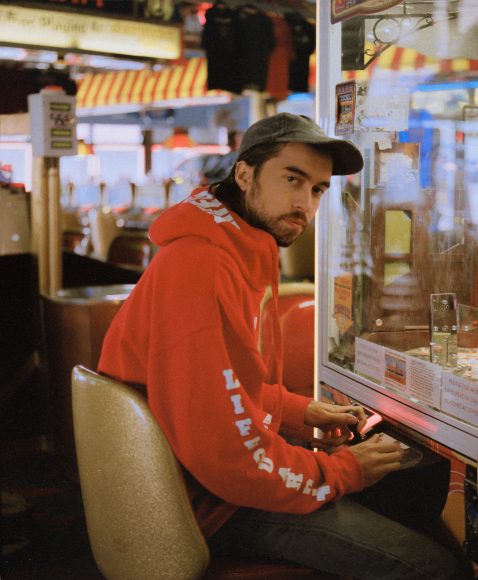 Alex Giannascoli, the man behind (Sandy) Alex G, has been touring with a full band since releasing his latest album this September. “House of Sugar” is one of his most ambitious and experimental releases to date. Giannascoli’s style blends traditional guitar-based indie rock songwriting with elements of noise and narrative as he paints idiosyncratic portraits in his songs.

The (Sandy) Alex G catalog is full of unreleased songs and fan favorites, which Giannascoli often performs at his live shows. After cutting his teeth in the Philadelphia DIY scene for years, his collaboration with Frank Ocean and the breakout success of his previous album “Rocket” have transformed him into an underground star.

The 26-year-old’s latest album is his sixth officially-released album since 2011. Although his music is often sad and nostalgic, he brings vivacious energy to his live shows, channeling everything from hardcore punk to The Grateful Dead to Elliott Smith.

Tickets for Wednesday’s show are sold out, but a CUI review of “House of Sugar” can be found here.