Swans returns with ‘leaving meaning,’ an accessible yet uncompromising album 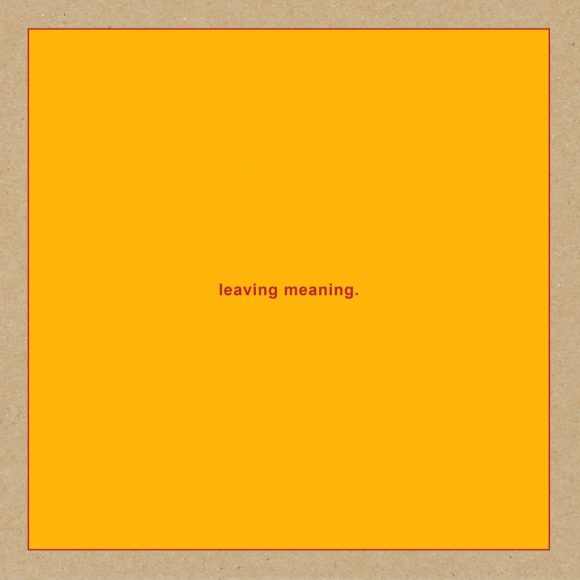 In every artistic direction Swans has pursued, the band has carved a new lane for themselves. The New York no-wave group’s latest album is no exception. Their new album “leaving meaning” marks the first easy-listening release in Swans’ expansive discography, adding another unique artistic direction that has spanned many genres and many decades.

Swans was founded under the basis of being a noise rock/post-punk band. In the span of their long career, the band expanded their work in many different directions, such as goth/neo-folk, drone/experimental rock and post-rock. Swans usually defies conventional song structures for the sake of experimentation that comes at the cost of accessibility. Their latest release deviates from this tradition as the band successfully crafts an album that is diverse, creative and textured, but at the same time does not require hours of dedicated listens to decode and appreciate.

“Leaving meaning” features diverse tracks varying from haunting hymns to overwhelming experimental rock cuts that spiral into chaos and everything in between. The sequencing of the tracklist is masterful; it provides a cohesive listening experience and leaves enough space between intense moments for the listeners to breathe.

Swans was on hiatus between 1997 and 2010, during which time Michael Gira, the mastermind and the frontman of the band, released a handful of solo projects under the name Angels of Light. Gira then moved away from the minimalist and experimental direction the band was pursuing at the time. He released singer-songwriter albums that embrace a blend of neofolk, Americana and goth.

Soon after the band reunited in 2010, they released what is commonly referred to as “The Trilogy”: “The Seer,” “To Be Kind” and “The Glowing Man.” These three two-hour-long albums marked a new artistic direction for the band and expanded their audience. The songs on The Trilogy are built on mesmerizing, layered looped sections that lead to progressive build-ups. The often long songs turn into immersive experiences.

The last installment of The Trilogy was promoted as the last album release of Swans’ current incarnation. The future Swans releases would be orchestrated by Michael Gira and involve a rotating roster of artists’ contributions. This new artistic direction not only gave Gira more artistic freedom but also relieved the band from the burden of following up The Trilogy.

Although the roster of “leaving meaning” has a significant overlap with the previous lineup of the band, collaborators like Ben Frost and Anna Von Hausswolff make their mark in realizing Gira’s vision in the album. Gira’s increased oversight on the album is apparent, especially in songs like “Annaline” and “Cathedrals of Heaven.” Both tracks sound almost as much like Angels of Light songs as Swans’. They are dark yet warm and comforting.

The title track is beautifully bleak, completed with Gira’s signature cryptic lyrics. The distant, persistent keys in the production not only make the track stand out in the album but create a unique texture not yet explored by the band. Another track that carries the Swans sound in a novel light is “The Nub.” The unsettling song contains some of the most atonal sections of the album. A similar key section combined with haunting female vocals leads to a hymn, baptized in the dark Swans aesthetic. Moments like these show the potential of having a rotating roster.

“The Hanging Man” is the closest the band comes to a sound resembling The Trilogy era. The track is built on a repetitive, infectious loop but does not lead to a familiar, explosive build-up. While wearing its inspiration on its sleeve, it manages to stay different and part of the “leaving meaning” sound.

The most ambitious track on the album is “Sunfucker.” The two-part track carries the same chaotic energy and insanity that Swans perfected in The Trilogy, but does it in its own terms. Not sounding like it belongs to any of their earlier work, “Sunfucker” captures The Trilogy aesthetic in the new sound the band has forged. It is hard not to join Gira’s possessed chants in the track.

“Leaving meaning” is available on all streaming platforms and also can be purchased here. Swans are touring Europe in Spring 2020. US dates will be announced soon. Details of their tour can be found here.