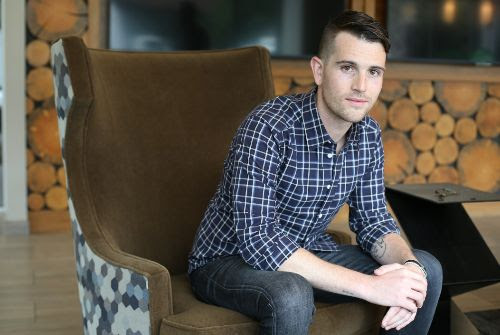 Cannabis entrepreneur and advocate Jackson Tilley published his memoir “Billion Dollar Dimebag” on Sept. 17. His newest book reflects on his experiences as an employee within the cannabis industry. As a proponent of its widespread legalization, he hopes to influence the conversation of policy reform in the United States.

Tilley hasn’t seen a book about the industry coming from his unique perspective, or as he put it, “a gay, sober, legal weed dealer.”

The CU alumni graduated with a bachelor’s degree in communications in 2014. Now he’s the vice president of strategic partnerships and communications at Organa Brands, a company that distributes THC products. To Tilley, working within the cannabis industry is appealing because of its unpredictable nature, forcing him to think outside of the box and challenge himself each day.

“I wanted to pull the curtain back and say, look, you don’t need to consume cannabis to wholeheartedly support its regulation and legalization,” Tilley said. “There’s an incredible economic and social opportunity here.”

As a public figure within the industry, Tilley strongly believes a wider acceptance of marijuana will have countless benefits. He formed this opinion thanks to his time in Colorado and the state’s positive relationship with cannabis, where it has been legalized since Amendment 64 in 2012.

In his memoir, Tilley explains many of the upsides of a regulated industry. He hopes to change minds about the substance, which is still federally listed as a Schedule I drug. According to Tilley, the legalization of marijuana would help create a sustainable new industry on a national level, providing countless job opportunities.

“Much in the same way that happened with alcohol prohibition, people didn’t just stop drinking alcohol because it was illegal,” he said. “By legalizing it, you take revenue stream away from the black market and put it into regulated channels.”

On top of that, Tilley knows that it holds opportunities to improve on a civic level. Legalization could prevent future instances of nonviolent possession offenses, ones that have resulted in jail time to millions of Americans.

“The legalization of marijuana is critical to the conversation of social justice reform,” he said. “Grassroots efforts are generally the most impactful.”

Tilley is confident that changing legislation and increased medical usage of cannabis may help ease misconceptions about the drug, especially in areas where it is still illegal.

“People are just scared of the things they don’t understand. It’s very much just a part of whether or not it’s a part of people’s daily lives.”

To Tilley, bringing legal weed to the country is a fundamental step in improving its overall freedoms. “Billion Dollar Dimebag” is now available for purchase on Tilley’s website.

Ben Berman is the assistant arts editor for the CU Independent and a media production and journalism student. He writes about trends in the Denver music scene, covers local concerts and keeps an eye out for new music. He also writes as a freelancer around Colorado.