Opinion: If you are proselytizing on campus, don’t harass students 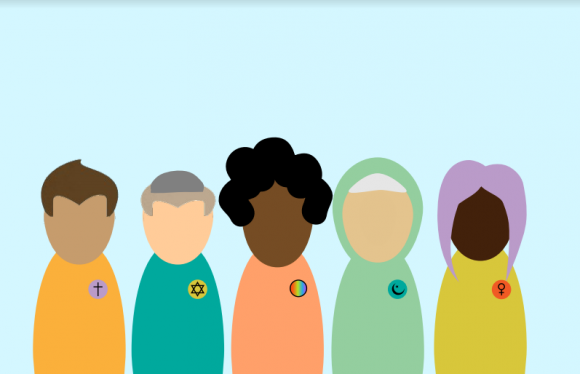 At the University of Colorado Boulder, students should feel like their individual beliefs are respected without having to bear offensive commentary about them. Earlier last month, an Evangelical Christian man standing outside of the University Memorial Center expressed his doctrine to every student walking to class. He chanted repeatedly that everyone who doesn’t follow his particular denomination of Christianity “will burn in hellfire” and that their “lives are meaningless.” These statements walk the fragile line between religious observance and ideological degradation. Harassing and degrading young learners isn’t an ideal method for persuasion.

Proselytizing is defined as “to persuade to change to one’s religious faith.” While CU Boulder stands for free expression, it’s against campus policy. CU’s official stance is: “Don’t proselytize religion or politics. Please feel free to share your religious and political beliefs, but don’t do so in a way in which you are trying to persuade others to convert to your beliefs.” Students must be able to verbally express and observe their religious identities on campus. However, proselytizing has been more offensive and, in many cases, inclined to hate speech.

Some students suffer emotional distress or feel uncomfortable when asked invasive questions about their personal beliefs. After witnessing insults at his gender expression, freshman student Avery Young said a proselytizing Christan man on campus called him “wrong”. Young said that proselytizers on campus should not emotionally attack students in a place where they are learning, and they should be held accountable if they do. On campus, a student’s existence should never be referred to as a moral mistake.

Young is not alone. Many cases of proselytism on campus fall under CU’s definition of harassment: “verbal, written, or physical conduct related to one’s protected-class identity that unreasonably interferes with an individual’s work or academic performance or creates an intimidating or hostile work or educational environment.” The proselytizer’s words create a narrow and inauthentic understanding of religion. Attempting to alter a person’s belief system through harassment blatantly undermines their current one; implying that it is either inferior or unjustified.

CU male freshman Carter Bennett said that a man stopped his car by Bennett’s dorm and offered him a ride to church. Bennett said no, in part, because he felt “very uncomfortable” at being rashly approached from a vehicle. Bennett also said that he felt “angry” because this man “intended to make [him] feel guilty” at rejecting his offer for religious conversion.

CU female freshmen Siping Zhen reported that she didn’t feel harassed, but that her walk back to the residence hall was disrupted when a random woman approached her. The woman posed a personal question: do you believe in God? Zhen still felt her personal space was invaded and that if she had stayed, she would’ve felt uncomfortable about her personal choice to not be religious. Whether she felt immediately offended or not, the woman criticized Zhen’s identity in an environment where that shouldn’t occur.

Many universities banned proselytizing on campus in previous years, even religious private colleges such as Georgetown, Suffolk, Earlham, and Marquette University. They’ve done this, in part, to protect their students from harassment which often is the clothing proselytism wears.

The CU campus should be a safe environment for not only identity expression and freedom of belief, but for learning and growing as a person. The observation and practice of any religion falls under the protection of free speech and liberty guaranteed to every student by the university. Students should feel safe to express and explore their genuine identity, whatever that may be.

To those who are proselytizing on campus: understand the difference between educating others about your religion and harassing them into believing in it.