SigEp faced investigation, suspension from IFC prior to leaving 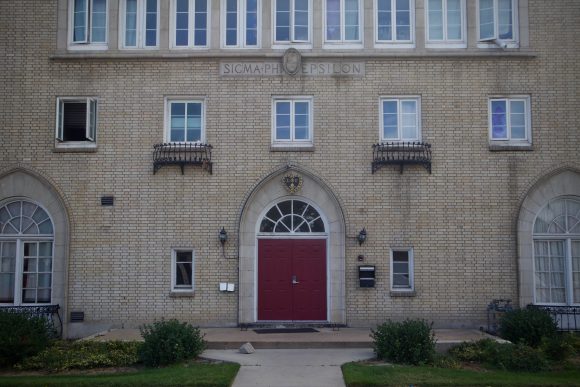 The Boulder Sigma Phi Epsilon chapter had been under investigation by the Interfraternity Council on the Hill (IFC) when it decided to leave and reaffiliate with the University of Colorado Boulder, the council said in a statement Thursday. SigEp originally said its decision Tuesday to associate with CU was “to improve chapter culture,” but it did not include that it was under investigation and had repeatedly failed to meet IFC standards.

“The IFC took a lot of time trying to help SigEp meet community standards,” IFC spokesperson Marc Stine told the CU Independent. “We’re disappointed that the time did not result in the payback for better results. Nobody’s happy, nobody’s cheering.”

SigEp reportedly was under investigation for municipal charges including assault, drunk and disorderly conduct, and trespassing, according to an IFC news release.

Stine said SigEp was suspended by the IFC on May 3 following the chapter’s Spring Formal at the Winter Park Mountain Lodge. The formal-goers antics, which included fighting with other hotel guests and flooding a number of rooms, resulted in their removal from the hotel by law enforcement, according to the release. Additionally, the chapter reportedly violated IFC bylaws governing social events and alcohol.

“We’re disappointed that the time did not result in the payback for better results. Nobody’s happy, nobody’s cheering.”

Before its suspension, SigEp had been placed on social probation following an “unregistered social event at which hard alcohol was served against IFC regulations.”

The council’s judicial board required the chapter to complete several tasks in order to “to indicate the culture of the fraternity had improved.” This included community service, such as cleaning up trash on University Hill, according to Stine. SigEp requested a philanthropic event with sororities which Stine said the IFC denied. Additionally, the council prohibited SigEp from taking a pledge class this fall.

“When asked why, (SigEp) was told ‘get your act together so you don’t screw up another 40 guys,” Stine said. “Don’t get new guys and teach them to do what you’re been doing.’”

Stine said SigEp failed to meet many requirements before leaving. The chapter also owes the IFC $2,950 in dues.

Stine said he and IFC board members were not aware of SigEp’s “ongoing communication with the university over the last year,” as stated in SigEp’s press release. According to Stine, he was notified of the chapter’s decision to leave 15 minutes before its official statement was released. Stine said the IFC was set to discuss lifting SigEp’s suspension on Oct. 1.

“There are a bunch of good guys in SigEp,” Stine said. “But there are more good guys than good fraternity men in SigEp and that’s why they got themselves in the situation that they’re in. When given two options, fix it or flea, they fled.”

In an email response to the CUI Friday, SigEp spokesperson Heather Kirk said the chapter had plans to affiliate with CU for “quite some time” and that its vote to leave was not a “brash reaction to a judicial sanction.”

“The chapter has made a decision for the betterment of its future,” Kirk said. “That is not fleeing – it is an active choice to build relationships that will help them foster improvement through greater staff involvement, community partnership, education and resources. We are disappointed by the nature in which IFC on the Hill has treated this important decision for SigEp.”

SigEp President Jake Weidmann, in an email to the CUI, said the chapter completed all requirements placed on the chapter by the IFC except for paying a fine. Weidmann said the chapter had submitted documentation of this to the “appropriate parties.”

Weidmann said he was not aware of an ongoing investigation at the time of the chapter’s departure. He said SigEp had been cleared in an investigation during an in-person IFC meeting “because the report covered an issue that involved people who were not actually members of SigEp.”

“We recognize that we’ve had shortcomings over time and are striving to improve our chapter culture,” Weidmann said. ” We take accountability seriously and have used our internal standards process to deal with issues that have arisen in the past. Now, we are identifying opportunities to improve our culture and make changes.”