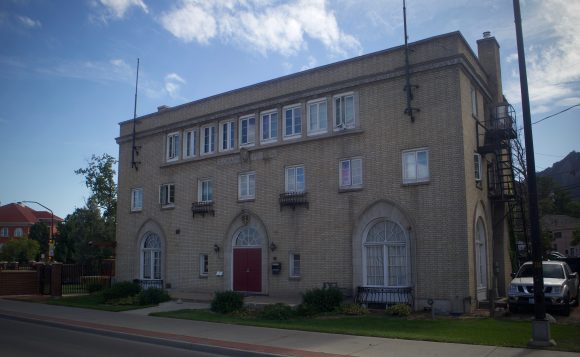 Boulder’s Sigma Phi Epsilon fraternity chapter has voted to leave the Interfraternity Council on the Hill (IFC) and associate with the University of Colorado Boulder according to a statement released by the fraternity Tuesday.

SigEp President Jake Weidemann told the CU Independent that the move comes after repeated discussions between the chapter and CU. Weidemann said joining the university will allow SigEp to improve its culture.

“(Associating with CU) aligns with our substance-free facility policy, as well as our academic mentorship programs,” Weidemann said. “The university and the (CU) fraternity community are actively advocating for things that we are focused on, like safety and academics.”

The Boulder chapter, along with other fraternities, cut ties with the university in 2005 following stricter requirements from CU. Fueled by the alcohol-related death of freshman Gordie Bailey at the Chi Psi fraternity house in 2004, CU required all chapters to have a live-in supervisor in their houses and to limit recruitment to spring semester. Fraternities rejected this and formed the independent self-governing IFC, now made up of 21 chapters.

In 2017 a new fraternity, Phi Delta Theta, became the first to associate with CU since the split. Currently, three other fraternities are associated with the university: Sigma Tau Gamma, Beta Theta Pi and Sigma Chi.

“The university and the (CU) fraternity community are actively advocating for things that we are focused on, like safety and academics.”

Weidmann said the SigEp chapter is looking to change the image of fraternities in Boulder. The IFC found itself at the center of controversy in February after being banned from renting campus space following a fraternity event in which fights and racial slurs allegedly occurred.

In a statement, SigEp CEO Brian Warren said that partnership with any university campus is “paramount” to the success of the fraternity.

“We believe in having a close relationship with the university that focuses on student development and transparency,” Warren said. “In our experience, this leads to safer environments, greater personal growth and stronger chapters.”

Stephanie Baldwin, director for fraternity and sorority life at CU, said in a statement that SigEp has been granted provisional status as a recognized Greek organization by the university. Currently, the fraternity is still in the application process for full university affiliation.

“We work to support safe and positive fraternity experiences for students at CU Boulder and are open to facilitating university affiliation with interested organizations,” Baldwin said.