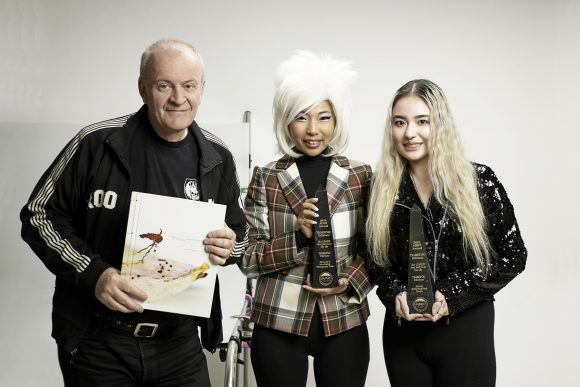 University of Colorado Boulder alumni Judy Choi and her niece Phoenix Brown will be signing their debut poetry book “The Cloud that Fell from the Sky” at the Tattered Cover on Colfax Avenue Sunday, June 23, at 2 p.m.

“The Cloud that Fell From the Sky” is a compilation of poems by Choi and Brown exploring their turbulent family life as Chinese Americans.

At 15-years-old, Brown began using poetry as an outlet for her pain and a way to cope with her parents’ drug addiction. When Choi discovered Brown’s poems, she was powerfully moved by the authenticity, sophistication and maturity of her niece’s work.

When asked about Brown’s poetry in an interview with the CU Independent, Choi expressed very high regard for Brown’s talent of “turning madness into something beautiful”. Brown felt compelled to share her work with the world with the hope that the poems would help people know they are “not alone” and that they can use art to express themselves.

Brown’s poems are infused with sadness and loneliness. She explores her broken heart, as she yearns for her absent parents. Her style is both dreamy and nightmarish as she juxtaposes her idealized family life with her shattered home.

Choi also incorporated some of her own poems about “love, hope and loss” into the book. Choi’s style is “musical, almost like singing a song,” similar to shi, traditional Chinese poetry. She also plays with space in her poems, such as with the word “away.”

“I always break out the word away into ‘a way,'” Choi said. “Maybe being away is being the way you’re supposed to be. People think there is a negative connotation to the word away, but it’s also an opportunity to move forward.”

Choi’s poetry expresses her inner conflict between her Chinese upbringing and her desire for personal freedom. She said she felt stifled by the conformity expected by her Asian parents.

“You are not allowed to self-reflect and to question,” she said.

At an early age, she realized she needed to break free of her parent’s expectations of “material gain” and pursue her dreams of writing.

“When I was following the dreams of my parents, it was breaking my heart,” Choi said. “When I followed my dreams, it broke their heart. I was stuck. I felt like I always had to choose between my happiness and their happiness.”

Choi said the design of the book, created by Mami Awamura, reflects the inherent struggle of Brown and Choi’s poetry. The text is tiny, nearly engulfed in the expanse of whiteness. The stark contrast “emphasizes the fragility of what we have gone through” for Choi. It represents that although the two’s voices are small, they are “trying not to be lost in space.”

Photographs shot by photographer Francis George accompany the text. They are huge and abstract with vibrant colors and sweeping curves. The dreamy and indistinct features of the image create ambiguity, much like the poems.

“The Cloud that Fell from the Sky” is currently available at the Colfax Tattered Cover and the Boulder Bookstore. The book can also be purchased at select locations in Los Angeles and Hong Kong or online at Tigre Fou Editions.