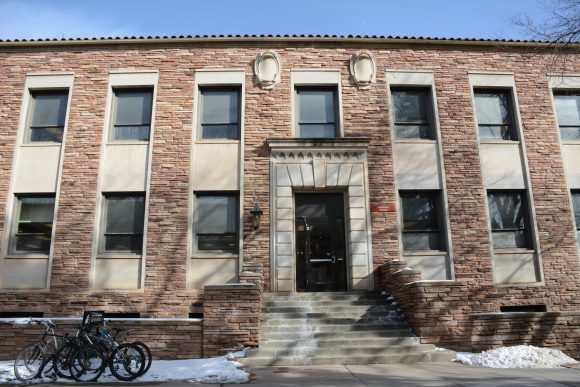 The University of Colorado Boulder brought research lab experts to campus for a two-day symposium which explored feminist practices in a historically male-dominated field. From April 17 to 18, symposium guests listened to talks and toured labs around the CU campus.

CU Ph.D. candidate Maya Livio, one of the organizers of the event said the symposium aimed to examine how to make academia more feminist-inclined.

“I care a lot about who’s knowledge is valued versus whose values are excluded and what the entire values systems behind sites of knowledge making are,” Livio said.

Livio’s work centers around feminist approaches to science and technology. She hoped the symposium would show how feminism is applicable to everyday lab operations.

“We are not just talking about feminist theory, but actually how to make it into a concrete practice,” Livio said.

One of Livio’s favorite aspects of the event was to see how much credit the speakers gave each other and to those they worked with. To her, this exhibited a model of crediting and acknowledging people who have contributed to ideas — these are the people who are usually “unseen” and never receive recognition for their ideas.

At its core, the event talks “about how to make these new sites of knowledge production more feminist and more equitable.” She hopes attendees of the symposium will take the information from this two-day symposium back to their own labs and strive to make CU Boulder labs more equitable.

Max Liboiron, an assistant professor in geography at the Memorial University of Newfoundland and director of feminist lab CLEAR, shared some of the mechanisms and practices she uses to achieve a collaborative working environment. CLEAR adopts anti-colonial practices in their research on marine plastic pollution.

Liboiron said her office holds equity and humility as the two principal values and spoke to the importance of ordering authorship on scientific papers. Her office meets to decide collectively as a group the order in which names should appear based on work put in. Liboiron says this is a way her lab exercises humility; by sitting together in a group, each person must acknowledge the ideas and work each member put into the research.

It takes more time in academic structures to make space for feminist approaches, according to Liboiron. The process requires reflection and general respect for the work being done. Liboiron admits that “it takes more time” but she says as a result, her colleagues step up and step back. Because of this, CLEAR lab overproduces in papers despite things taking longer.

Liboiron went on to acknowledge that compromise is inevitable when reforming a system that has been entrenched in masculinity and that it is “okay” as they are working to challenge the status quo.