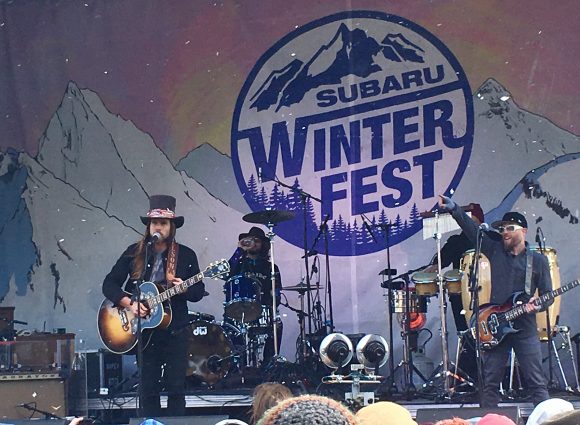 Temperatures were low but spirits were high all weekend. Skiers and snowboarders came off the mountain to sip hot cocoa and coffee in the morning and beers in the afternoon while grooving along to the sweet sounds of banjos, fiddles, guitars and more.

Saturday and Sunday’s musical performances saw a mixed crowd of snowsport enthusiasts and concert goers bused in from Boulder and Denver. The base of the mountain was packed on Saturday with listeners eager to get a free concert from Lukas Nelson and his band, Promise of the Real.

Much like his father, Nelson is at ease on stage, joking around with his audience. It was apparent that he was raised surrounded by music when he talked about his custom Tom Petty-inspired hat and played the guitar with his teeth like Jimi Hendrix.

Nelson references another artist in his crowd pleaser “Forget About Georgia.” He sings, “and Ray Charles is singing her name like rain on my window.” Nelson wrote the song after having his heart broken by a girl named Georgia.

“That was really hard ’cause I still had to go out and perform [“Georgia On My Mind”] with Dad every night,” Nelson said. 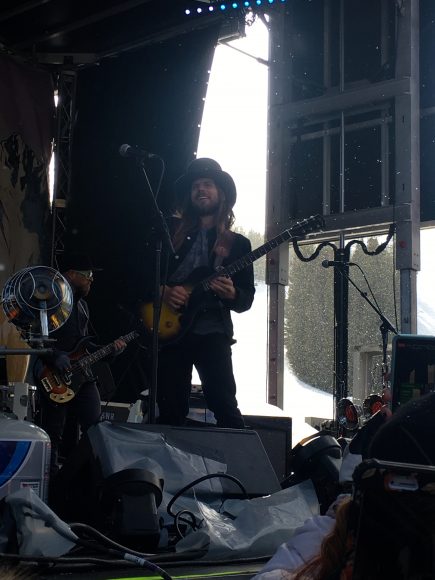 The lyrics convey a sense of loss and longing, which is accentuated by the pain in Nelson’s voice and the intermittent cries of an electric guitar.

After that heartbreak song, Nelson kept the audience lively and involved by inviting them to join him in singing “Find Yourself.” He first called the women to sing along to the chorus, saying they could relate to it.

“I hope you find yourself before I find somebody else to be my lover,” they sang.

He then asked the men to sing with him, dropping his voice an octave. The whole audience then came together to sing the chorus while swaying to the gentle rhythm.

The final fan-favorite was a cover of Paul Simon’s “Diamonds on the Souls of Her Shoes.” Despite cumbersome, hard-plastic ski boots, many listeners were dancing, others were singing and everyone was smiling. 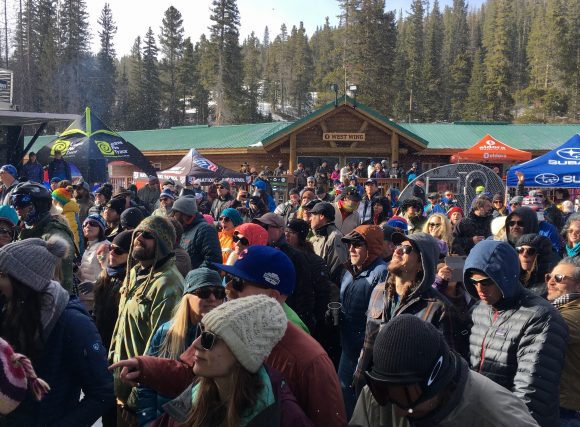 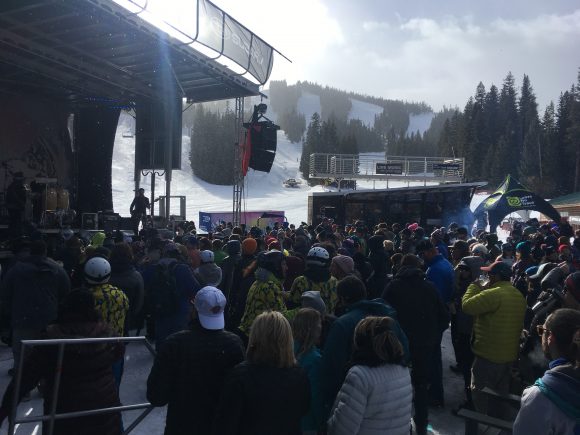