‘Into the Woods’ production enchants CU with modern twist 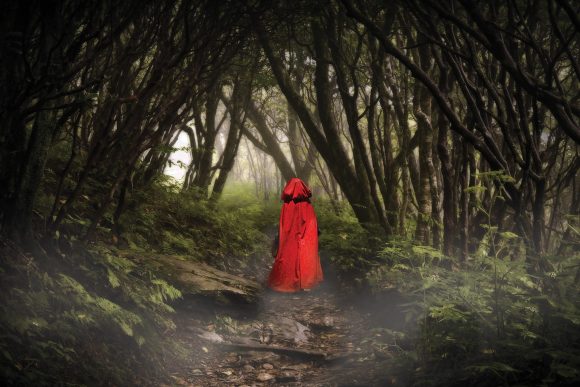 Into the Woods (CU Presents/Facebook)

The Tony Award-winning musical production “Into the Woods” came to life at CU’s University Theater on Friday. The cast presented a creative and contemporary interpretation of the classic Broadway hit with a wonderfully elaborate set and extravagant costumes.

A mashup of different fairytales, “Into the Woods” includes characters from “Little Red Riding Hood,” “Cinderella,” “Jack and the Beanstalk” and “Rapunzel,” as well as two original characters — the Baker and his wife. Many of the disturbing, dark moments from the original Brothers Grimm and Charles Perrault stories are incorporated into the script, often diverging from the happily-ever-after Disney fairy tales.

These disparate characters are plunged into one world together, haphazardly trying to pursue their own familiar fairy tales at the same time. The Baker and his wife’s quest to break a family curse and have a child, however, tie the storytelling together.

An intricate set consisting of multi-level platforms spread across the stage and extended towards the ceiling. The set was held together by brown wooden beams while branch-like ladders connected the different levels. Leafy vines snaked around the entire stage, creating a true feeling of being in the woods.

“I … use my own short hair as a faux-hawk in the second act, which [allowed] the role of Little Red to look visually queer. I’ve not seen another interpretation of Red that is this overtly queer, and I love it”, Woodzick said.

The actors worked to find a balance between fantasy and reality in their portrayals. Even though fairy tale characters are not real, the audience saw aspects of themselves reflected through them.

“Although this show is the ultimate fairytale mashup, it holds so much truth [about] real life…” said cast member Asha Romeo. She played the Witch during Saturday’s performance.

“I really tried to make the Witch come off as a misunderstood person, who had been hurt in the past and was simply coping by being mean [and] cruel,” Romeo said.

Brendan Lynch, who portrayed the role of the Baker, did not believe the Witch was simply an evil villain.

“I want the audience to walk away understanding there is no true villain … every action you take has consequences on both yourself and the people around you,” Lynch said.

His made-for-the-stage wife, Rita DiSibio, built upon this take.

“Although many of us make mistakes and follow the wrong paths while pursuing our own happiness, sometimes these mistakes lead us to discover exactly which path we are meant to be on,” DiSibio said.

Despite the tragedies and struggles the fairy tale characters encounter in the woods, their experiences leave them with a profound understanding of themselves and what is truly important to them.

As DiSibio said, “Sometimes the only way out of the woods is through the woods.”