Opinion: Valentine’s Day in other cultures shows the different expressions of love around the world 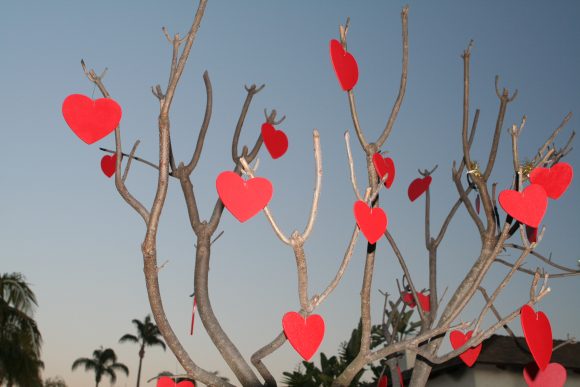 In westernized countries, many think of Valentine’s Day as the day of commercialized chocolates, cards, flowers, lingerie, drinks, dates at restaurants and intimacy. In other parts of the world, couples and families celebrate this day differently. But whether traditional or modern, the unifying idea behind it all is LOVE. Those who would like to express their love through gifts like jewelry may visit sites like https://www.windsorjewelers.com/fashion-jewelry-wholesale or the shop of Estate Jewelry Buying companies to explore a wide variety of items on sale.

Looking back to the history of Valentine’s Day, the story behind the holiday begins with the sacrifice of a priest. According to legend, St. Valentine was a Catholic priest in the the third century A.D. during the rule of Emperor Claudius II. Claudius banned marriage for single young men, believing they made better Roman soldiers for his army. St. Valentine went against the ruler’s decree and secretly married young lovers. When the emperor found out about this, he had the priest tortured and killed, making him the martyr we know today and the reason we celebrate Valentine’s Day.

Love Around the World

In South Africa, tradition dictates that women wear their heart upon their sleeves literally. It is customary on Feb. 14 for women to pin the heart-shaped name (heart-shaped cloth with the name) of their love interest on their sleeve after a Roman tradition named Lupercalia.

In Ghana, this same day is known as the “National Chocolate Day.”  As Ghana is one of the largest global producers of cocoa, the main ingredient for chocolate, restaurants have themed dishes for this day as well as music events and performances statewide.

In South Korea, different variations of Valentine’s Day are celebrated monthly for dating couples from February to April. On Feb. 14th it’s the ladies’ job to win over the men with chocolates, flowers, and candies. This all changes on March 14 when on “White Day” it’s the men’s turn to not only woo the women but to take it up a notch with the gift giving. Not to be forgotten, the singletons have their day too, known as “Black Day” on April 14. Single people wear black and mourn their solitude by eating dark colored bowls of black bean paste noodle called “jajangmyeon.” Talk about crying in your soup… May, June and December also have their respective love days celebrated on the 14th. In May it is “the day of Roses,” June is “the day of Kisses,” and in December it is “the day of Hugs.”  If you are in a committed relationship, then you are in for a busy schedule as the 14th of every month has a unique theme of love to be celebrated.

Similarly, Japan celebrates Valentine’s Day by giving “Giri Choco,” which are chocolates given to male friends and associates with no special interest.  To the people the women do have romantic interests in, she will make a handmade gift and include a “Honmei Choco,” which is a higher quality of chocolate. The following month on “White Day” men return the favor of giving chocolate gifts and more.

In China, Qixi or the Seventh-Night Festival is Valentine’s Day. Each August Qixi happens on the seventh day of the seventh lunar month. According to Chinese legend Zhinu, a heavenly fairy princess and Niulang a poor mortal cow herder fell in love at first sight and secretly eloped. When Zhinu’s father the king found out about the marriage, he ripped the two apart, keeping them separated by placing the Milky Way between them and only allowing one to come out by night or day. Hearing the cries of the lovers, the king finally decided they could meet on a celestial bridge, one night per year, on Qixi. People celebrate with offering fruit to Zhinu for help in finding their perspective life mate and praying at the temple. They also exchange gifts and sweets with their family and sweetheart. At night people gather in the parks to gaze up to the skies to watch as stars Vega and Altair (Zhinu and Niulang, respectively) come close during the star-crossed pair’s annual reunion and celebrate.

In southwest China, Valentine’s Day is celebrated on March 15th and is known as “Sisters’ Meal.” The women dress up in ornate dresses and silver jewelry. During this day the women cook colored rice dishes and wrap them in silk fabric, offering them to the single young men who have gathered and walk down on the roads. The custom says that whatever objects are hidden within the rice indicates the ladies’ interest in the potential mate. If the mate should find two chopsticks in the rice, it means love, and he may eat. If the mate should find a clove of garlic, it means the romance is over.

In Taiwan, Valentine’s Day is celebrated twice a year, first on Feb. 14 and then on July 7. In this tradition, the Taiwanese give flowers a new meaning because the amount and color of each flower hold significant meaning. Red roses mean a “one and only love,” 99 roses signify a “forever love,” 108 roses indicate a marriage proposal.

In the Philippines, they do love en masse. In recent times a new tradition has swept the country, and that is to have a mass national wedding day on Valentine’s Day. In a government-sponsored public service, couples can now gather in malls, churches, and public areas to say or renew their “I Dos,” and it is one of the most massive wedding gala spectacles on the planet.

In the Czech Republic, Valentine’s Day falls on May 1. On this day young lovers flock to visit the statue of renowned Czech poet of romanticism Karel Hynek Macha as they kiss under cherry blossom trees for good luck.

Valentine’s Day is a relatively new tradition to Denmark, only celebrated since the 1990s. Denmark has placed its own twist on the festivities. Instead of giving roses and store-bought cards, Danes send a “lover’s card” which is a handmade intricately cut-out note with pressed flowers called snowdrops.

On this day men also give their mates “gaekkebrev,” or a joke letter which has funny rhyming poems. If the woman can correctly guess the sender, she receives an extra sweet.

France seems to be the country synonymous with love and romance, and you would almost think they had invented Valentine’s Day…well actually maybe just the card. In 1415 while Charles the Duke of Orleans was imprisoned in Tower of London, he wrote love letters and poems to his wife signing them “Your Valentine,” catching on quickly with the public, the Valentine’s Day card was invented.

The second tradition is called the “loterie d’amour” (lottery of love). This consisted of men and women who would fill houses that faced each other. They’d then take turns calling out one another’s name and pairing off. If the man wasn’t satisfied with his match, he could just drop her to be matched again with another. The women who at the end of the night were left unmatched would gather to build a bonfire and burn the pictures of the men who had wronged then while swearing and hurling insults at the opposite sex. These bonfires got so out of control that the government soon banned the event. On a lighter note, there is a village in France named Valentine and between Feb. 12 to 14th it becomes transformed into romance itself. Locals beautifully decorate their yards and homes, embellishing them with ornate trees and flowers, pinning love cards, roses and marriage proposals everywhere.

In Germany, Valentine’s comes with a surprise in the form of a pig. Not your typical fair of cards and flowers, the pig for Germans represents the lust and good luck of the season. Given as a present in chocolate form, a mini statue or picture, the pig is central to the celebration. Natives also prepare big ginger heart-shaped cookies with “Ich liebe dich” (I love you) written on them.

In England, the night before Valentine’s Day women traditionally used to place five bay leaves dipped in rosewater on their pillow at night to bring them dreams of their future spouse. Children had an “Old Father Christmas” in Jack Valentine. This character would knock on children’s door and run away leaving small gifts and sweets on their porches on this day.

The Welsh don’t celebrate Valentine’s Day, instead they celebrate Saint Dwynwen’s Day, the Welsh saint for lovers on Jan. 25, traditionally trading “love spoons” as far back as the 16th century. These were carved by the men in intricate designs and meaning as a token of love for the women they fancied. Symbols included horseshoes for luck, wheels symbolizing support and keys for the man’s heart. In modern times these spoons are given at weddings, births and anniversaries.

For Italians, Valentine’s is synonymous with a spring festival. Lovers gather in outside gardens to enjoy music, poetry readings and taking leisurely strolls with their partners. Historically it was customary for young women to wake up before dawn in the belief that the first man a woman saw on Valentine’s day would be or strongly resemble her future husband, and they would be married within a year. Today, Italians celebrate with gift giving, and one of the most popular gifts are Baci (Kiss) Perugina chocolates.

In “the land of poets,” Chileans celebrate the “Dia de San Valentin” by walking around the city to admire the decorations, flowers, heart garlands and balloons people have placed everywhere. Public concerts do much to heighten the feeling of love and romance in the air throughout the country.

Argentinians indulge in a “week of sweetness” celebrating Valentine’s Day not in February but from July 13 to 20, This week of indulgences include exchanges of candies and flowers not only for lovers but the family as well and ends in the “day of friendship.”

Whether you are coupled or single, Valentine’s Day is something that is celebrated in every corner of the globe. But regardless of the candies, cards, and flowers, the most important aspect to remember that helps us all fill the well from which we can give to others is to always remember to respect and love yourself first.