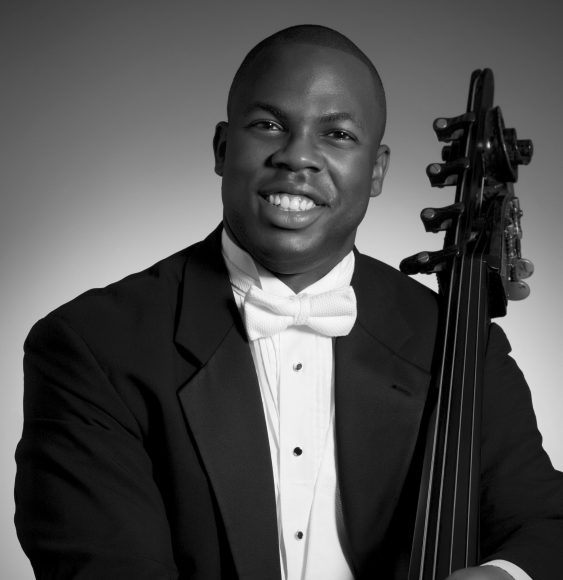 Joseph Conyers, associate principal bassist for the Philadelphia Orchestra, gave the annual Distinguished Music Lecture in Old Main on Wednesday night. The talk, put on by the University of Colorado Boulder College of Music, focused on diversity in the world of classical music and on how to use music to make the world a better place.

Conyers is an accomplished musician, having played with various ensembles all over the world. He attended the Curtis Institute of Music for his undergraduate education, has been a part of the Philadelphia Orchestra since 2010 and is involved with music education. He puts a large emphasis on using his success as a platform to help other people.

“There’s too much emphasis on the music itself versus what the music can do for people,” said Conyers.

While talking about his own experiences with being a black man in classical music, he said that diversity, equity and inclusion, or DEI, have been prominent in conversations recently.

“In my opinion, is there legitimacy for the substantive dialogue about DEI bubbling up in the classical music industry? You betcha,” Conyers said.

He went on to quote a study from the League of American Orchestras that took data from ensembles across the United States. They found that only about 15 percent of American orchestra members are of any ethnic minority. They also found that from 2002-2014, the percentage of African American classical musicians remained stagnant at only 1.8 percent.

Conyers used the findings of this study to press for more inclusion in musical ensembles, boards, administrations and governing spaces.

“Not until we embody the voices of all can we then address the needs of all,” he said.

The bassist and advocate is the executive director and one of the founding members of Project 440, a nonprofit in Philadelphia which uses music to help young people achieve their dreams in the music world. The organization hopes that by giving young people in Philadelphia the tools to succeed, that they’ll dream bigger and impact their communities in a positive way.

Throughout the lecture, Conyers spoke to the idea of being somebody’s butterfly. This phrase comes from the “butterfly effect”, the idea that if a butterfly flaps its wings, it can create a hurricane on the other side of the world. Conyers believes that by doing or changing one small thing now, people can have a real impact on what the future will look like.

“I cannot singularly change the world, but collectively, we can change the initial conditions so that the future is a better place,” he said. He hopes that Project 440 can be a butterfly for the kids it strives to educate.

Portia Pray, a CU College of Music student who attended the lecture, found Conyers’ words to be inspiring.

“I’ve played music just because I really want to affect someone, but I never really thought about how I could do that. But with his talk, I learned hey, maybe I could,” Pray said.