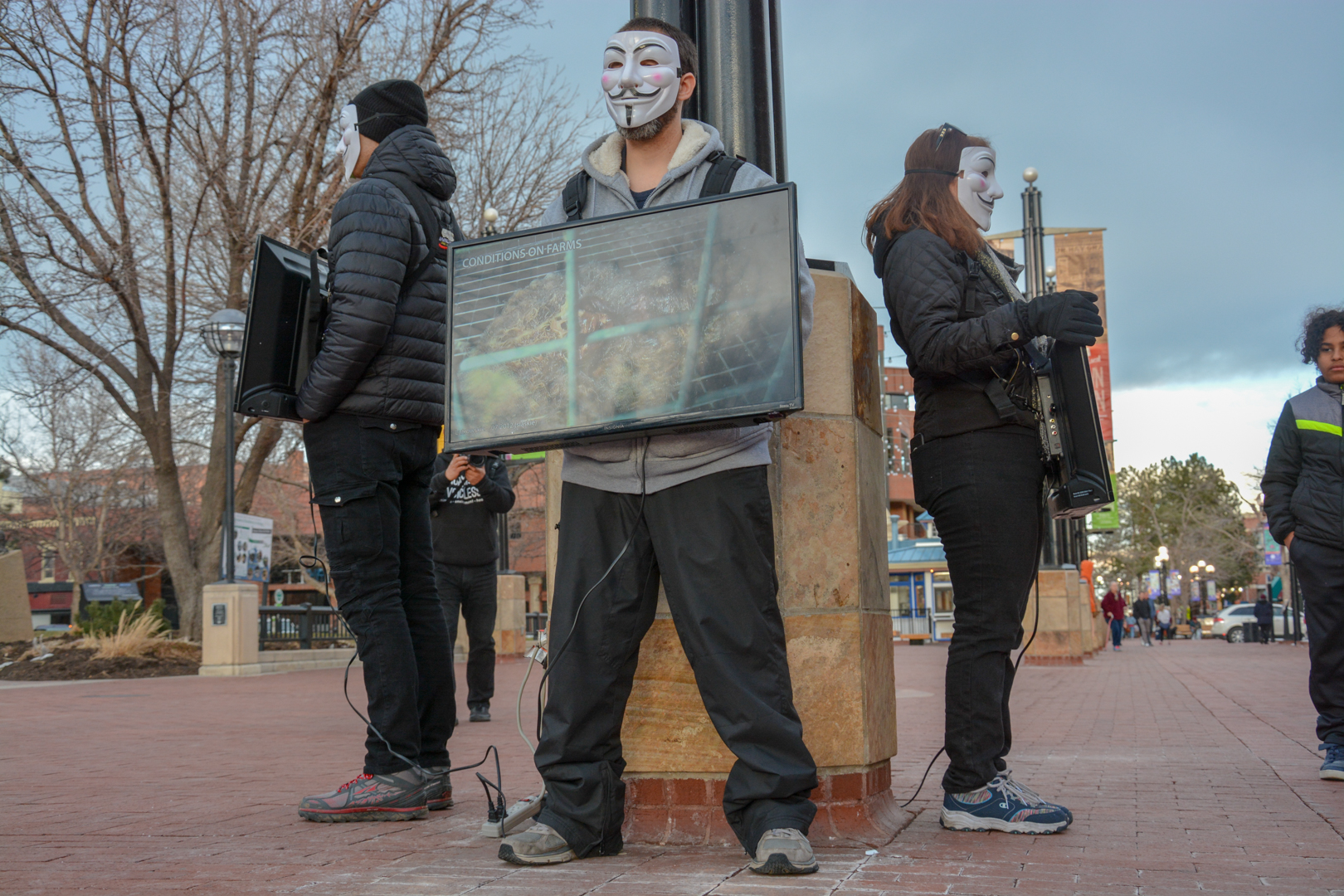 Several protestors gathered in front of the Boulder Courthouse on Saturday, Feb. 2, to engage community members about animal rights. “Anonymous for the Voiceless” is a grassroots organization started in 2016 by activists Paul Bashir and Asal Alamdari. According to its website, the organization’s goal is to expose people to the treatment of animals in various industries to gain “total animal liberation”.

During their protest on Pearl Street, members formed a triangular shape dubbed “The Cube of Truth” in which they held screens showing graphic images of animals being killed. Some wore masks while others spoke with passersby about their cause.

Mirsa Jeram, a mask-less protestor, explained how members take turns in the “cube”, allowing each member a chance to discuss their thoughts with others. Jeram explained that members specifically looked for people who had an emotional or shocking reaction to the footage being shown.

“The industry hides these things for obvious reasons so we want to sort of educate the public,” Jeram said.

Kimito Sakata, one of the protest organizers, said that the demonstration was about promoting a vegan lifestyle.

“Whether it’s testing, cosmetics, or food, it’s not necessary,” Sakata said. “We want people to actually have more empathy about animals and we want all this exploitation to stop.”

Public reactions ranged from indifference to confusion towards what was being shown. Others supported the demonstration.

Alex Robles, a small businessman, said he loved the protest.

“We’re vegan and we think it’s great doing something active for veganism, protecting animals and the environment,” Robles said. 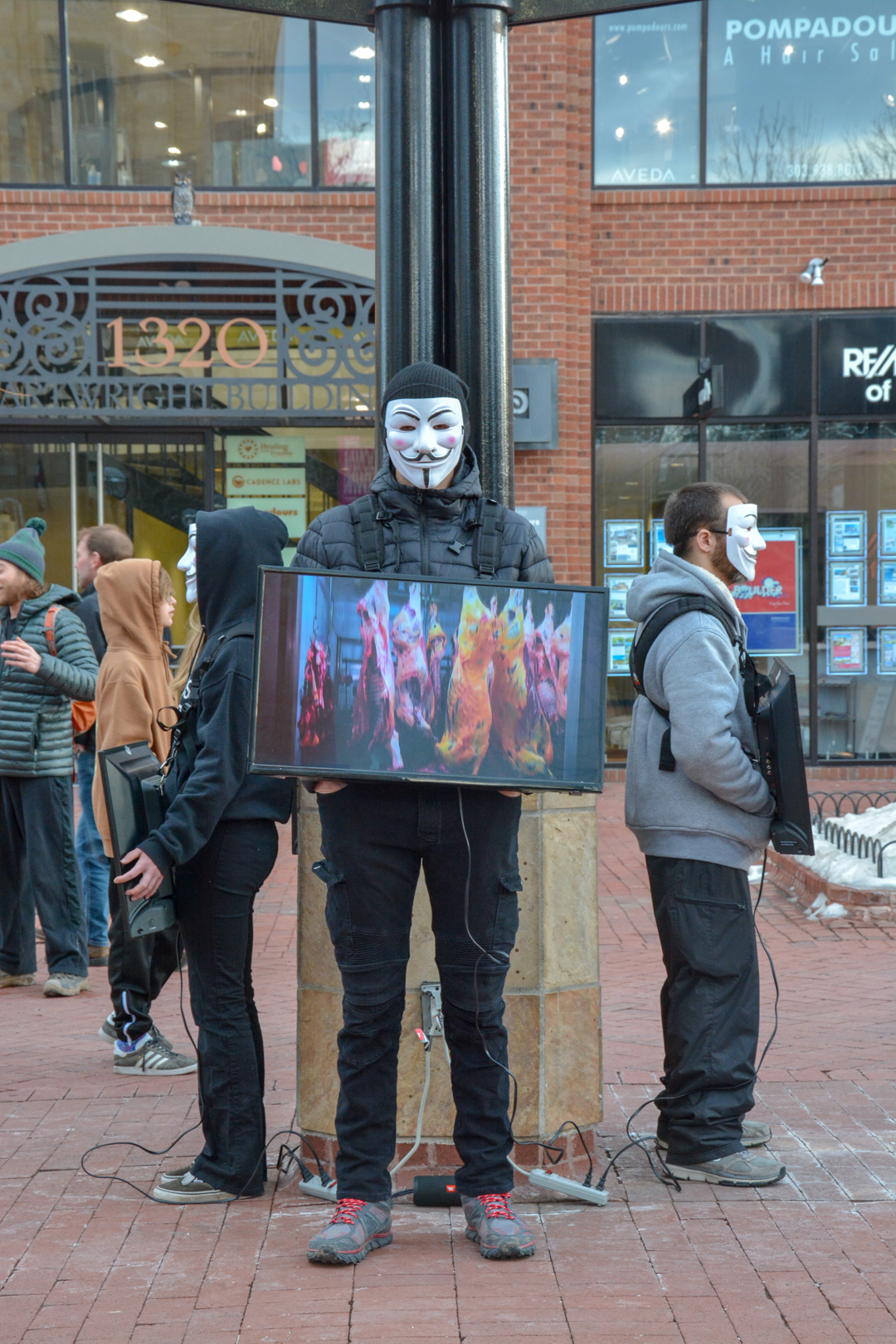 Linda Wood said she learned from the protestors.

“I think it’s important for people to know,” Wood said. “They eat meat and don’t want to know where it comes from, but this is reality.”

Others who walked called out the masks worn by many of the protestors, saying they should show their faces.

Despite the mix of results, Sakata believes the organization is promoting a progressive movement.

“I think one day you will find that your grandkids will say, ‘Grandpa you used to eat meat’,” Sakata said. “I think the future is vegan and if that’s the future, Boulder should grab it by the horns and become progressive.”

Is college student Majoring in Business and Management at CU Boulder. After undergraduate studies hopes to get accepted into a law school.