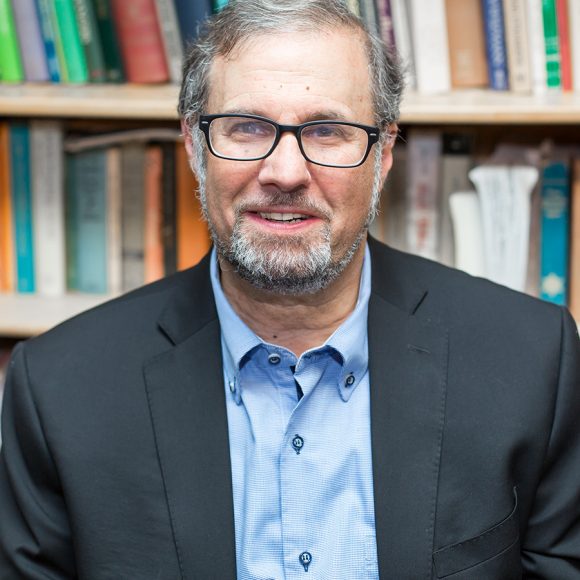 On Thursday, David E. Fishman, professor of history at the Jewish Theological Seminary of America in New York City, spoke on campus at Old Main, discussing his latest book.

“The Book Smugglers: Partisans, Poets, and the Race to Save Treasures from the Nazis” discusses the efforts of Jewish poets, artists, intellectuals and scholars who fought to preserve Jewish work.

Known as the “Paper Brigade”, Fishman explained how these people smuggled artifacts from the Nazi task force, Einsatzstab Reichsleiter Rosenberg. Fishman explained that much of the action took place in the city of Vilnius, located in modern-day Lithuania.

According to Fishman, the city was the Jewish cultural capital from the 1920s to 1940s and was famous for its book culture, scholars, art, education and printing.

Nazis took over the city in June of 1941. Within six months, two-thirds of the Jewish community had been exterminated and buried in pits. Those who remained were deported to an enclosed internment camp known as the Ghetto of Vilna.

Jewish people left every morning for forced labor work and returned at night to be searched by guards before entering the Ghetto gates.

By hiding texts under their clothing and in their shoes, Jewish people brought texts back to the Vilna Ghetto. Once there, the artifacts were hidden in underground barracks until they could be smuggled out of Poland safely.

The Paper Brigade protected texts that were religious as well as manuscripts, books, art, papers and teaching of Jewish history and culture. Some texts stemmed as far back as before the 1500s.

“Knowledge and culture are things that take a lot of dedication and people literally risked their lives for them,” Fishman said. “…under all circumstances, people have choices to make, and they made their choice. We were not going to be exploited to destroy their culture, ‘we are going to resist.’”

As Fishman finished his talk, he opened up the discussion to a question period. Paul Mayor, an audience member, asked if he could read an excerpt from Fishman’s book. Mayor read a passage in which Fishman asks the question of why these people “did what they did”. As the book reads:

“They were making an existential statement, and performing an act of faith. The existential statement was that literature and culture were ultimate values, which were greater than the life of any individual life or group…since they were sure they would soon die, they chose to connect their remaining lives, and if necessary their deaths, with the things that truly matter.”

“What I think is interesting is individual acts of heroism when you actually can’t see that it might do anything large,” said Cindy Jacobsen, another audience member. “It was a very small act of resistance and sometimes when you have small collective acts like they did, it actually leaves some kind of a legacy.”

Attendee William (Bill) Safran, a former CU professor, talked about his experience as a Holocaust survivor. He was deported from Germany alongside his family to a ghetto in Latvia where he was forced into a labor camp.

Safran reflected on the values of youth demographics, asking “how many young people are interested in literature and history?”

“It seems to me that people care a great deal less about books in general and cultural treasures,” Safran said. “You are in the minority, and this whole thing brings you back to a period in history that some people would much rather forget, like the Holocaust.“

“It was kind of interesting looking around the room seeing a lot of the older community of Boulder present, but not a strong student body,” Lolly said. “So that was something that kind of stuck out to me, especially since this is such an academic topic.”

Audience member Ted Thompson connected what was said in Fishman’s talk to today’s political environment. Thompson cited worrying trends that are happening both in the United States and Europe.

“I think it’s a very dangerous time for people who don’t think in a prescribed way,” Thompson said. “It’s happened before, and you can see seeds of it today.”