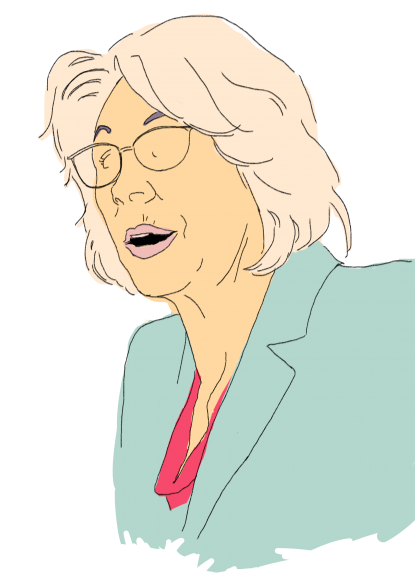 Betsy DeVos, the U.S. secretary of education, is spearheading sweeping changes to Title IX, the law that prohibits sex discrimination. The changes won’t be voted on by Congress or a legislative body. However, because they are enforceable regulations as opposed to just recommendations, they undergo a 60 day comment period where anyone can submit a comment on the issue. That goes through Jan. 28.

The full impact of the changes remain unclear, as many of them are vague or leave relevant situations undefined. It’s also unclear how much leniency schools will have in tailoring the rules to work for their specific campus. While the 2011 U.S. Department of Education’s “Dear Colleague” letter was technically recommendation, most schools treated its guidance as mandatory, including CU. For the sake of simplicity, it’s assumed that a school treated the “Dear Colleague” guidance as if it was law. There are a few key points of the changes worth focusing on.

Definition of sexual harassment: The current system, under the 2011 “Dear Colleague” letter guidance, defines harassment as “unwelcome contact of a sexual nature.” The proposed rules would narrow the definition to say sexual harassment is “unwelcome conduct on the basis of sex that is so severe, pervasive and objectively offensive that it effectively denies a person equal access to the school’s education program or activity.” Included are also sexual assault as according to the Clery Act, a law mandating universities to publicly report certain crimes, and quid pro quo harassment, where someone bribes a merit or benefit in exchange for participation in sexual behavior of some sort.

Jurisdiction: Currently, schools have to deal with sexual harassment cases that occur between members of their community (students, staff and faculty) whether the harassment occurs on- or off-campus. The new rules propose limiting that jurisdiction to only offenses that occur within the school’s specific oversight. Off-campus activities and locations supervised by the school can be included, but it’s not mandatory for schools to take responsibility for offenses that occur at non-sponsored locations or activities. For CU, this includes the Colorado IFC, where the majority of the fraternities on the Hill are not overseen by the school even though their membership is entirely CU students.

The new rules also require offenses to have occurred in the United States, meaning that study abroad programs are not in mandatory jurisdiction for reporting under Title IX. It’s unclear how this would affect something like a Global Seminar, which is overseen by CU faculty and staff, but occurs on international territory.

Reporting: The new rules require “actual knowledge” of an incident or allegations. Reporting directly to a Title IX coordinator provides that notice, but beyond that, it must go to someone who is “an official with authority to take corrective action.” This language comes directly from a 1998 U.S. Supreme Court case, Gebser v. Lago Vista Independent School District, which concluded that for a student to successfully sue for damages under Title IX, the school must both have knowledge of a violation and deliberately not take action to address it. A lack of knowledge, therefore, means a school is not liable. It’s unclear if this means that “mandatory reporting” will still apply to people such as resident advisors and teaching assistants, who are several levels removed from an actionable office.

Procedure: Previously, cross-examination and direct mediation between the two sides of a report were advised against. With the new rules, schools may allow cross-examination of each of the parties in a formal investigation. An accuser won’t be able to directly interrogate the person they’re accusing, and vice versa; rather, an attorney or other advisor will represent each of the students. Students already have the option to have an attorney or advisor help them through the existing process.

The new rules also prohibit a “single investigator” model, a change from previous guidance. The Title IX official overseeing interviews with the two parties, cross-examination and other aspects of the investigation procedure cannot make the final decision as to if the accused student is responsible for the alleged charges; it has to be a different staffer.

Both parties will be allowed to appeal, as is the current system. While the student accused can contest the outcome and punishment, the student submitting the report can only contest that the result isn’t enough to ensure a non-discriminatory school experience. The reporting student couldn’t ask for a specific punishment, but they could argue that the punishment given wasn’t enough to protect them from the accused student, therefore still inhibiting access to an education free of harassment.

Religious exemption: This doesn’t apply to CU, but is worth mentioning. For schools that have a strong faith basis, they would no longer have to submit a statement to the Department of Education to declare their religious exemption to Title IX.