The latest Suspiria sets a new, complex standard for horror 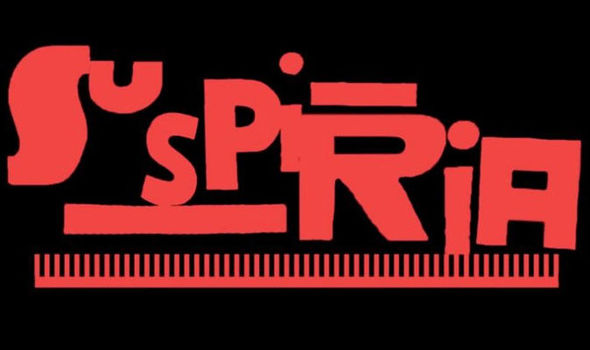 Presented by Amazon Studios, Suspiria (2018), an Italian-American horror film, is a blend of supernatural apprehension and abstract imagery. Bluntly, this movie is everything you would not want in a fairy tale. Its overwhelming darkness slowly creeps into the plot and maintains a vividly strange environment in which the audience is saturated in fear. While the original 1977 film directed by Dario Argento remains a trailblazer of thrillers, director Luca Guadagnino’s new execution is wild and psychological to the end.

To be completely honest, I still can’t tell if I loved or hated the film. The only aspect of the 2018 remake of Suspiria audiences seem to agree upon is that it was memorable and obscure. The cinematography, casting, choreography and script were beautifully executed. However, there is something that still is too irksome about this rendition that keeps me from truly falling in love with it.

Because of its bold style, the film’s release has been gradual, beginning in California and New York and later showing at roughly 250 theaters around the country.

“I really wanted to make a big splash and make it an event…it’s such an out-there movie, and I wanted to start slow,” Amazon Studios President of Marketing and Distribution Bob Berney said.

The audience is greeted with Susie Banning (Dakota Johnson), a slim, pale dancer from Ohio who immediately compels the instructors of the prestigious Helena Markos Dance Company in Berlin — most significantly, Madame Blanc (Tilda Swinton), the lead director of the academy. Throughout the film, Banning and Blanc develop an intense and eerie relationship as it is revealed that the dance company doubles as an evil coven.

Suspiria itself stems from The Three Mothers trilogy by Argento. Also included are Inferno and The Mother of Tears, each of which circulates around one of the three ancient witches whose abilities cause mass destruction and manipulation. Themes of family and maternal connection are extremely notable through this rendition.

Each of the main characters — including Susie Banning, Madame Blanc, Sara Simms (Mia Goth), Patricia Hingle (Chloe Grace Moretz) and Josef Klemperer (also played by Tilda Swinton, who wore prosthetic makeup and genitals to truly portray the essence of being a man) — have much more distinguished stories following them.

Guadagnino, the award-winning director of Call Me By Your Name, displayed his visceral sense of thrilling cinema in this version of Suspiria. The additional 45 minutes to the original 97-minute film may feel unnecessary to the Suspiria following, however, unlike the 1977 screenplay, Guadagnino embedded a much meatier design into his film. He created an additional backstory to build a much thicker plot, like Josef Klemperer’s connection to Patricia Hingle and his wife (portrayed by Jessica Harper, who played Susie in the 1977 original film). Guadagnino also explored the feminine power each of the characters, especially Madame Blanc and Susie, hold. Whether this is with Susie’s connection to her Amish background and forceful mother or her pull to Madame Blanc, the alluring and psychological bond brings the audience closer to this fascinating story.

While the classic tone of the 1977 plot rung throughout Guadagnino’s version, I wouldn’t necessarily call this Suspiria a “remake.” Instead, I perceived this version more as a tribute to the cult classic. While the strong essence of the film remained in the 2018 version, these were two completely different takes on the story.

As any 70s cult thriller should include, Argento’s use of music, light, cuts and focus is what made the film. Argento created a sequence of light that was unbearably magical — he mainly made use of red, blue and green lighting to display his mastery of thriller. In addition, he often took advantage of strangely placed jump cuts from wide to extremely close shots to instill a discomfort in the audience. Argento also used a fantastically bizarre score, which induced trepidation and uneasiness in the audience.

Guadagnino utilized these methods to accentuate his relation to Argento’s style. He mimicked the same lighting effects to portray certain emotion and thematic gesture as well as the same transition from wide to tight angles. Guadagnino also frequently used mirrors to signify strength and power. He used the same agitation as Argento through the musical score, created by Thom Yorke, further confirming his grasp on horror.

Remaking a film with such drastic differences has been proven difficult by many directors before Guadagnino, yet, by tying significant connections to the original film — not only through the plot but also through mechanical cinematography and music — Guadagnio made this movie worthwhile.

Everyone in the audience should see the 1977 version before viewing Guadagnino’s piece. While the remake does not necessarily fit into the typical jump scare-filled “scary” movie I was expecting out of a horror, its overall haunting sense of panic, terror and suspense made it one of the most thrilling movies I’ve ever seen. Suspiria was a unique paragon of what a modernized movie from this genre should be.

The full release of the movie was distributed Friday, Nov. 2.