Thom Yorke achieves precision on his score of Suspiria 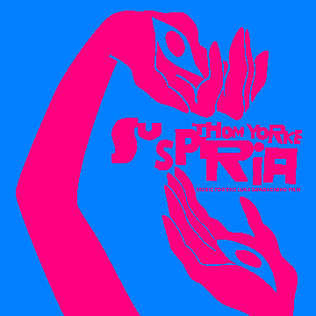 Often times, producing something truly powerful requires us to step outside of our comfort zone. Once we can hone in on the true discomfort, what we can produce is magnificent. This is extremely apparent in the soundtrack of Suspiria, a remake of the 1977 cult classic film of the same name. The remake features stunning scenes of expert cinematography accompanied by a score composed by one of modern day music’s most highly regarded songwriters, Thom Yorke.

Yorke has had an expansive career as it is. He has pioneered genres with his band Radiohead and broke down musical norms with a mathematical approach to his songs. Radiohead crafts their music in a way which isolates one single emotion and capitalizes on that feeling. Often times, film directors will use Radiohead’s music in their movies simply because no other song strikes the same emotional chord as Radiohead’s.

Yorke has also pursued his own career as a solo musician. Like Radiohead as a group, he is able to break down boundaries and reinvent music. In 2006, Yorke released a solo album, The Eraser. The album features complex basslines and drum beats strung together with guitar riffs and synth overlays. The album was a major success. The Suspiria score follows the same trend, however, it was something totally new for Yorke. Suspiria was Thom’s first chance at scoring a complete film; an opportunity that came with a large amount of skepticism and self-doubt.

The writing process for the Suspiria score was much different than any other process Yorke has used before. When scoring the film, Yorke had complete access and insight into every emotion that would be present in the film, something crucial to songwriting. With this framework, Yorke was able to identify and construct ways in which he could build songs based on the emotions that director Luca Guadagnino wanted to convey. Yorke began the composition of the score with the track “Suspirium.”

“Suspirium” encapsulates Yorke’s true songwriting capabilities. The song opens with an eerily comfortable progression of four chords intermixed with Yorke’s ghostly falsetto as he sings, “this is a waltz thinking about our bodies.” “Suspirium” cannot help but conjure images of a ballet, a theme central in the film. The song progresses along with comfortable flute notes accompanying Yorke’s vocals with complete precision. Amidst the chaos that is relevant throughout the film, Yorke reminds us that “All is well as long as we keep spinning.” The sonic side of “Suspirium” is a direct parallel with the repetition of simple notes on the piano that is looped throughout.

There are certain tracks in the Suspiria score that could fit in perfectly on a Radiohead record. The track “Has Ended” features a steady synth drone that has been modulated in a way that sounds like drawn out wind chimes. The track is grounded with a simple drum beat laid down by Yorke’s son, Noah. Yorke then sings over the track with a slight layering of vocals that give the impression that they have been put in reverse and then straight back into drive. Over everything that is happening in the song, the bass line resonates the most, though it is not apparent until the second verse of the song. In the beginning, it is subtle, towards the end, it has morphed into an overarching groove that brings the tempo up and completely immerses the listener.

Other tracks on the album quite literally fit the bone-chilling sequences that come along with the movie. On its own, the track “Voiceless Terror” sucks all of the air out of your chest and leaves you winded and afraid, surrounded by an ear piercing screech on strings. Accompanied by the cinematic visuals of the film, the feelings of a creeping terror can and will be experienced.

Suspiria is an incredible addition to Yorke’s discography and proves that he is indeed talented enough to step out of his comfort zone and score a film. Yorke will be touring extensively with nineteen shows starting at the end of November. He will be stopping in Denver on Dec. 11 at the Paramount Theater.