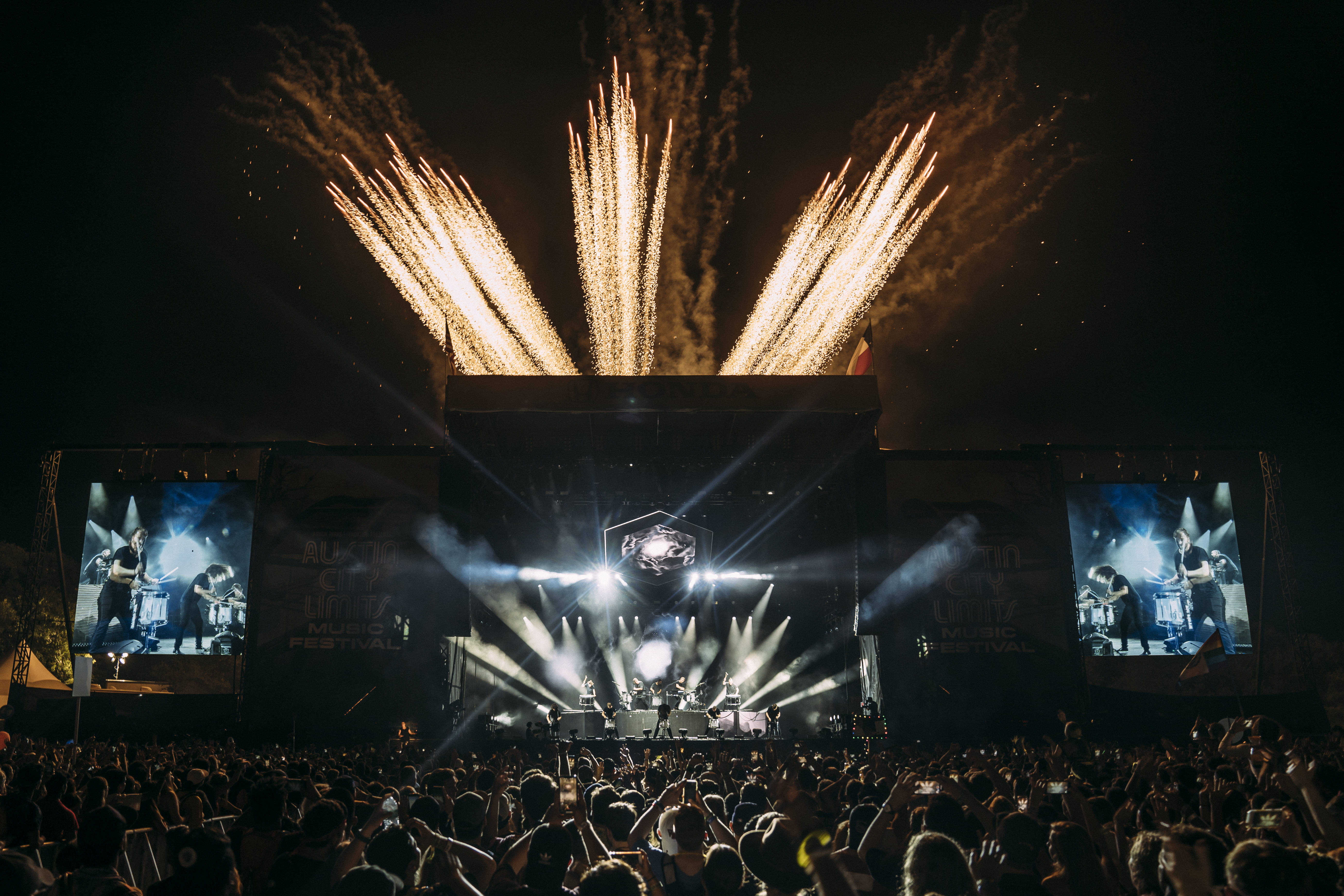 Every year since 2002, Austin City Limits Music Festival has taken place in Zilker Park in Austin, Texas. I had the privilege of attending Weekend Two of 2018’s edition of the festival with headliners including Paul McCartney, Metallica, Arctic Monkeys, Travis Scott and Odesza.

One of the first artists on the main stage Friday was Bishop Briggs. Briggs had incredible energy throughout her entire set as she ran laps around the stage. She gave a great speech on worthiness and the validity of all opinions as long as they are inclusive and do not consist of hate speech. The crowd was very into her performance and always interacted when she wanted them to.

After Briggs’ set was Sir Sly, who drew a large crowd and said that it might be the biggest one they’ve ever played to. Most of the crowd was very into their set and knew many of the songs from their most recent album, Don’t You Worry, Honey — especially the single “High.”

Closing out one of the smaller stages was the boyband Brockhampton from San Marcos, Texas. The crowd was full of excited fans ready to see a hometown set from the group. Every single song had a few mosh pits open up, and every single person who walked out of the set looked sweaty and happy. Overall, Friday was a very active day.

On Saturday, the first act on the main stage was Wallows, an indie rock outfit from Los Angeles, the band drew a fairly large crowd for being the first act on their stage. Wallows mentioned in their interview with the CUI that it might have been one of the largest crowds they had ever played. They played their most recent release, “Drunk on Halloween,” for the first time and the crowd was enthused.

Another highlight of Saturday was seeing Chvrches perform. They had a great crowd who knew most of their songs, even though they played many of their hits early on in the set. Right before their track “Leave A Trace,” lead singer Lauren Mayberry talked about survival and how important it is to push past adversity.

The last artist of the night was Justice, an EDM duo from Paris. They put on a great show featuring amazing lighting and visuals.

Sunday was incredibly muddy but full of incredible artists on every stage. One of the first sets of the day was from the Norwegian electronic duo Lemaitre, best known for their tracks “Closer” and “Stepping Stone”. Their set was full of interesting visuals and crowd interaction that showcased their skills as performers. It was well received by a crowd full of fans despite opening the stage for the day.

Following Lemaitre was Yungblud, who had just broken his foot the night before in Houston. Despite having been at the hospital until 5 a.m., Yungblud came out with all the energy he is known for. He was pushed around in a wheelchair and eventually hopped on one foot before bringing fans on stage to close out his set.

Up next was the New Jersey outfit A R I Z O N A, who recently came off a tour with Panic! At The Disco. Guitarist Nate Esquite came on stage wearing a unicorn onesie, which really set the tone for their performance. Their set was a great mix of songs off their 2016 release Gallery, other singles and a cover of Drake’s “Passionfruit.” The highlight of the set was the smashing of what was referred to as the piñata guitar (yes, it had candy inside) during the song “Let Me Touch Your Fire.” While most of the crowd was there to wait for artists who were playing on the stage later in the day, the crowd was super active and into the set by the end.

Illenium, a Colorado-based producer well known for his melodic bass music, closed out one of the smaller stages on Sunday. His set was full of incredible visuals, special effects and featured live elements such as producer Said The Sky on piano and Dabin on the guitar. Everyone in the crowd was super excited for the set; good vibes were all around. While Illenium’s set varied from the melodic tracks he is known for, such as “Take You Down” and “Where’d U Go,” to his own mixes of more popular heavy tracks, the crowd stayed engaged the whole time and the stage was packed from start to finish.

Overall, Austin City Limits was an incredible experience with great features throughout the park and a great lineup. Everything was easy to get to and information was available when it was needed. ACL was perfect, from the crowds to the layout of the event. Hopefully next year is even better.