Boulder shows its pride for ‘Rainbows Over Pearl’ 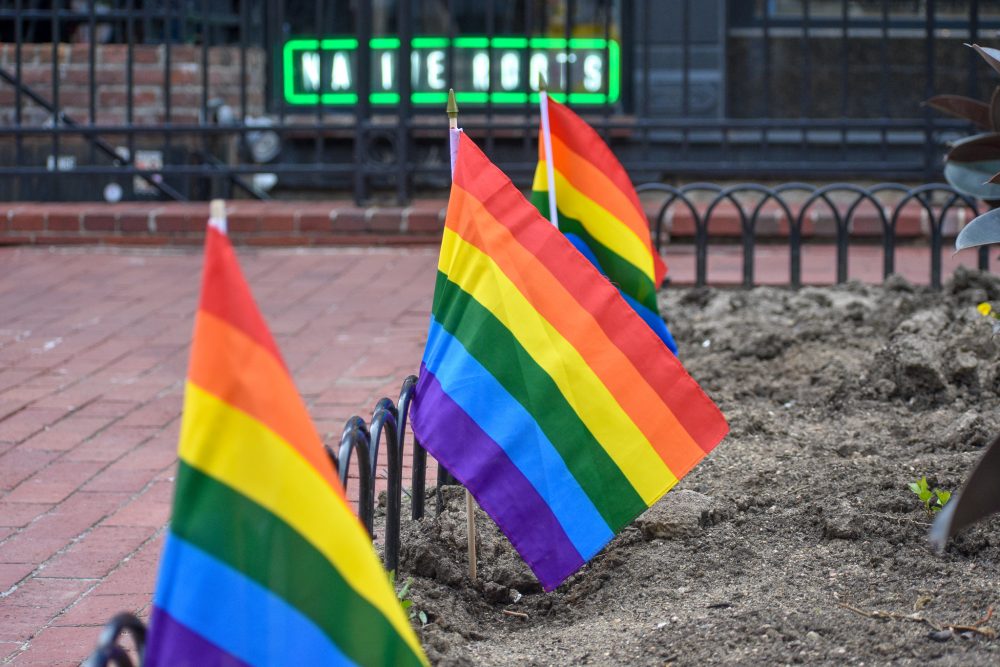 Rainbows graced the storefronts of almost 200 establishments on Pearl Street on June 1 for the first-ever “Rainbows Over Pearl,” an event sponsored by Out Boulder County to showcase Boulder’s support for the LGBTQ+ community. Out Boulder County is a non-profit organization offering education, advocation and other programs and services to support Boulder County’s Lesbian, Gay, Bisexual, Transgender and Queer communities.

The event opened with a performance by the Mile High Freedom Band followed by a speech by Out Boulder County Executive Director Mardi Moore. 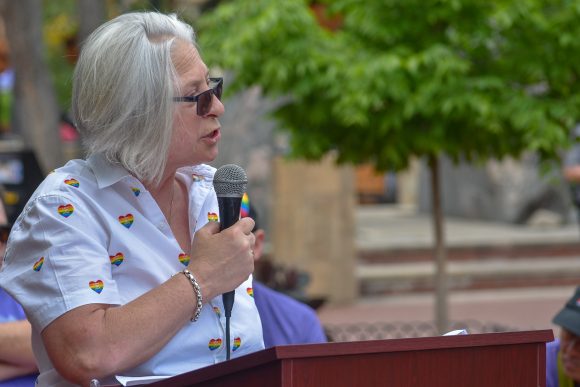 “LGBTQ people are your doctors, your window washers, your lawyers, your baristas, your teachers, your business owners and leaders,” Moore said. “We are your representatives in government, and currently we are your governor,” she continued, referring to Gov. Jared Polis, who is openly gay.

Hundreds gathered to be a part of the event. Lindsay Shaw, an out lesbian and owner of Lindsay’s Boulder Deli and the Häagen-Dazs on Pearl Street, is expecting a baby girl with her partner in September.

“I feel so fortunate that we get to raise her in this community that embraces such love,” Shaw said. 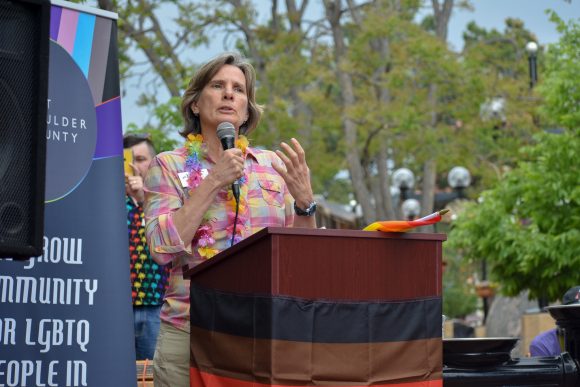 “[I] can’t say enough how much it means to have all of us out here today acknowledging everyone in our community,” Mayor of Boulder Suzanne Jones said. “[I am] really proud to do Rainbows Over Pearl with all of you, and [I] hope this is the beginning of a huge and long-standing tradition for decades to come.”

Police in Boulder, Lafayette and Erie showed their solidarity with the LGBTQ+ population by displaying pride flags on their police cars. Out Boulder County’s partnership with the police, while met with a largely positive response, has faced some backlash from the local community.

“Cops should not be welcome at Pride,” read one comment on Facebook. “Pride was started by black trans women against police brutality,” read another, referring to the Stonewall riots of 1969. 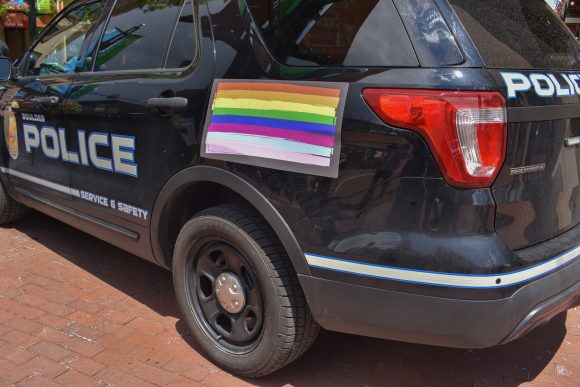 Boulder Police car displays a Pride flag on its side, along with the colors of the transgender flag. June 1, 2019. (Anna Haynes/CU Independent)

As Moore noted in her opening speech, 2019 is the 50th anniversary of these riots, where LGBTQ+ people – largely trans women of color, such as Marsha P. Johnson and Sylvia Rivera – protested a police raid at the Stonewall Inn, a gay bar in New York City.

While understanding the hesitance to involve the police in Pride events, Moore said, “as your leader of Out Boulder County, if something happened at one of our events and police weren’t there … I wouldn’t be doing my job.”

“God forbid something happen and a police officer not be there,” Moore continued. “So I will take the heat for working with police for your safety.”

The Human Relations Commission (HRC) of the City of Boulder is aiming to update language in the Boulder Revised Code to be more inclusive of gender identity. Suggestions made by Out Boulder County were displayed on a poster board at the event, where the public was encouraged to suggest any alterations they saw fit by attaching sticky notes to the board.

The next HRC meeting will be June 17 at 6 p.m. in City Council Chambers, where the public is also encouraged to provide feedback. The City of Boulder also accepts community feedback through the website Be Heard Boulder.

The event concluded with the Pride flag being lifted by Mayor Pro Tem Sam Weaver to sit alongside the American flag and the Colorado flag, signaling the beginning of Pride Month and Boulder’s acceptance of the LGBTQ+ community.

“I know that every organization in every city has work to do, but today is quite the celebration,” Moore said. 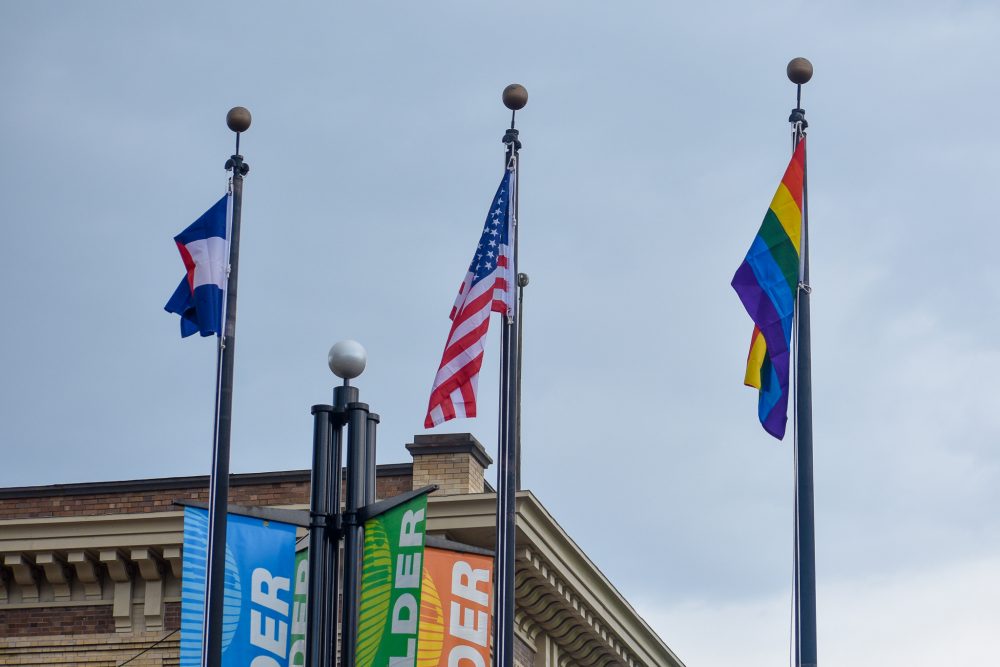