Black Panther brings a welcome reinvention of the Marvel formula 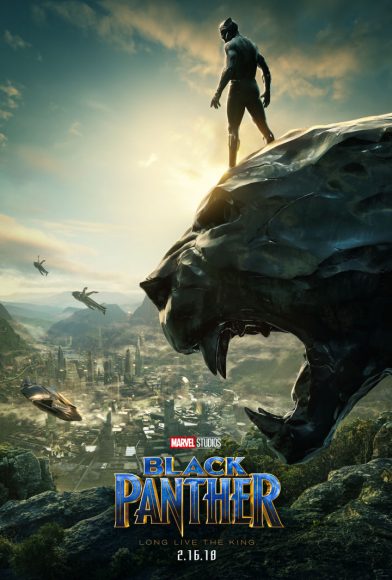 For 11 years the Marvel Cinematic Universe (MCU) has dominated the silver screen, but they only just recently started making respectable films. For the first 15 movies of the franchise, Marvel was following an obvious blueprint that centered around obnoxious banter, awful 20-minute computer-generated action sequences and a bright color palette.

But the films began getting more lively and different last year with movies like Spider-Man: Homecoming and Thor: Ragnarok. These still followed the Marvel formula but with just enough deviation (Ragnarok was more of a comedy than a superhero movie). In 2017, it was clear that Marvel had decided to give directors more room to play in the $200 million sandbox they are budgeted.

Never has a director been able to have more freedom than Ryan Coogler did with Black Panther. He made a superhero movie that manages to also be a James Bond spy thriller as well as social commentary. While Black Panther is full of magical flourishes, it still is hamstrung by some of the Marvel movie prerequisites.

The film has the obligatory jokes referencing a three-year-old meme and it has a boatload of CGI but it doesn’t have the same palette of colors. Not in the sense of the Marvel visual aesthetic however, but in terms of casting.

Panther doesn’t take place in a galaxy where you are either white or an alien. Black Panther stars a black man and surrounds him with black co-stars. Plain and simple, it is hard to see oneself in movies if you’re not white. Marvel hasn’t even had a leading black superhero since the Blade movies, and none so far in the current cinematic universe.

This is the first time an under-served community has been represented in this decade-long superhero revolution. This time with not simply a predominantly black cast, but with a black production team, black creators and black writers who tell their own story in an authentic way.

Speaking of authenticity, while most of the MCU films feel more like production line products, Black Panther is a fully-imagined superhero world. Coogler spends the first half of the film touring the fictional kingdom of Wakanda in eastern Africa, which has a surplus of the rare mineral Vibranium, but has never been touched by an imperialist colonizing force.

The film revolves around Wakanda the place as well as Wakanda the concept. Because it is untouched by colonialism, and therefore untouched by slavery, Wakanda is a flourishing black utopia. In Wakanda, citizens blend industrial Afro-futurism with their spiritual and ancestral past. It’s tough to not think that what Wakanda means to the black characters in the film, is analogous to what it means to black people watching it on screen.

While Coogler is taking the audience on this tour, he introduces all of the main characters: T’Challa (Chadwick Boseman), the titular Black Panther, is the ruler and protector of Wakanda. Shuri (played by the charismatic Letitia Wright) is his sister, as Nakia and Okoye (Lupita Nyong’o and Danai Gurira, respectively) are his female bodyguards. Erik Killmonger (Michael B. Jordan) teams up with Ulysses Klaue (Andy Serkis who enjoys himself more than anyone else in the film) are his enemies. Coogler delicately feels out these characters’ relationships and the way he does this separates Black Panther from the rest of the films in its universe.

Coogler treats his characters with respect and he respects where they come from as well. He roots the movie in the characters which are rooted in Wakanda. This pays off with a splendidly told film that has characters that feel alive and a place that feels tangible. Unlike the other Marvel films, Black Panther doesn’t immerse viewers in a cosmetic experience. Instead, the audience is placed in what feels like reality.

This is enhanced by the issues Coogler and co-screenwriter Joe Robert Cole try to tackle. Throughout, the film discusses colonialism and interventionism, plights brought on Wakanda’s real-world analogs. Wakanda uses Vibranium to hide from the rest of the world and disguise itself as a third-world country, in an attempt to protect not only their precious resource but their history too. Nakia and military leader W’Kabi (Daniel Kaluuya) want T’Challa to show other nations the true Wakandan way of life and teach other societies how to be better by following their example. But T’Challa wants to keep Wakanda hidden and he wants to keep their history preserved. Coogler and Cole are giving audiences a lesson on American imperialism and the arrogance of an advanced, industrialized society that thinks it can solve other nation’s issues.

The discussion gets more interesting when Killmonger meets T’Challa. The two foils have the same vision of a brighter future for Wakanda and they want good things for their people, but their ideologies splinter off into two starkly different paths. It’s this dialogue between protagonist and antagonist that exemplifies how Black Panther is too human and complicated to be defined as a story of good against evil.

This humanity is best characterized by Jordan’s performance as Killmonger. Jordan brings a sense of chaos that challenges Boseman’s regal stoicism that stabilizes the film. Jordan’s performance and Coogler’s characterization of Killmonger make him the most compelling character in the MCU. He is multidimensional with a complex backstory that explains his anger with T’Challa. The dynamic between these two characters gives the film a dimension of Shakespeare.

But some aspects of Black Panther are less extraordinary. Ditching Shakespeare to fit the Marvel model, the third act overstays its welcome and the CGI in the climactic battle is hideous. The majority of the final 30 minutes don’t feel like they’re a part of the same movie—they are weightless and plastic. The interest built in these characters disintegrates because they aren’t actually on the screen. Instead, computer-generated versions of them are.

In Coogler’s Creed three years ago, we saw that he could deliver visceral combat scenes. He has the talent to make these scenes lively and it shows with the hand-to-hand action sequences along a Wakandan waterfall, a vibrant car chase in Seoul and a Bond-esque casino scene.

But by the end, it is no longer a Coogler film nor a Black Panther movie. Boseman disappears and is a non-presence as his final fight is worthless and lifeless. It is all computer-generated garbage and it doesn’t seem like Coogler’s work at all.

Black Panther has advanced the Marvel template and reached heights that no other film in the franchise has before. Unfortunately, it still couldn’t completely be its own movie.