If you saw students walking around with ashes on their forehead last Wednesday, don’t worry. There’s no fire risk — that’s just Ash Wednesday at CU.

Ash Wednesday marks the beginning of the Christian season of Lent, the 40-day period before Easter Sunday. Lent is primarily observed by Catholics, Episcopalians and Lutherans.

“Lent is important to me because it’s a time I get to set aside an aspect of my life that is distracting and try and come closer to God and other people,” said Durango Jenkins, an Episcopalian senior at CU.

The Ash Wednesday church service involves marking worshippers with a cross of ashes on their forehead. The ashes are a reminder of human mortality, and their imposition is accompanied by the words “remember than you are dust, and to dust you shall return.”

The Catholic services this year were held in the UMC. In previous years, services have been held in the Rec Center and the Old Main Chapel. One of the UMC conference rooms was converted into a de-facto sanctuary with rows of chairs and a simple altar. Makeshift confession booths had even been constructed in the back of the room out of heavy black cloth. 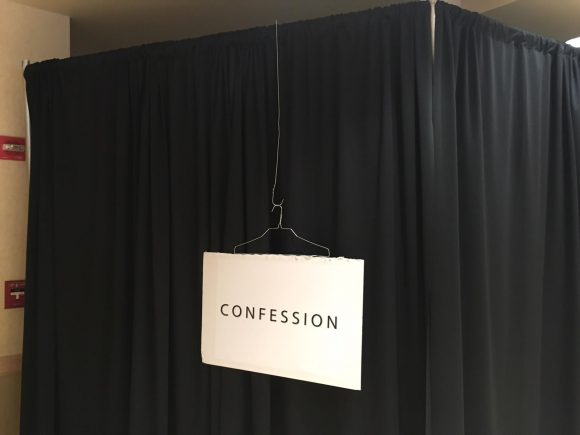 “The whole reason for the season of Lent is to prepare us for the season of Easter,” said Father Shaun Calvin, who officiated one of the on-campus services. “And we do that by reflecting on ourselves and seeing where we’ve sinned, and we ask God for forgiveness and help.”

Calvin said they have services on campus to make it as accessible to students as possible and regularly have a turnout of several hundred.

“There are a lot of Catholic and Christian students on campus and we want to give everybody an opportunity to observe Ash Wednesday,” Calvin said.

During Lent, many Christians traditionally give something up, or take on a new habit or religious practice. Calvin, who is a CU alum, is a new priest, and said that for Lent he is trying to pray after every sermon he preaches.

Charles Martin, who graduated from CU with a Master’s degree in chemistry in December, said that he is giving up meat for Lent this year, as well as trying to spend less time on social media. He plans to enter seminary to become a priest in the Episcopal Church and said that Lent is important for his faith.

“It’s a time to remember Christ’s journey to the cross and to take that journey with Him,” he said.