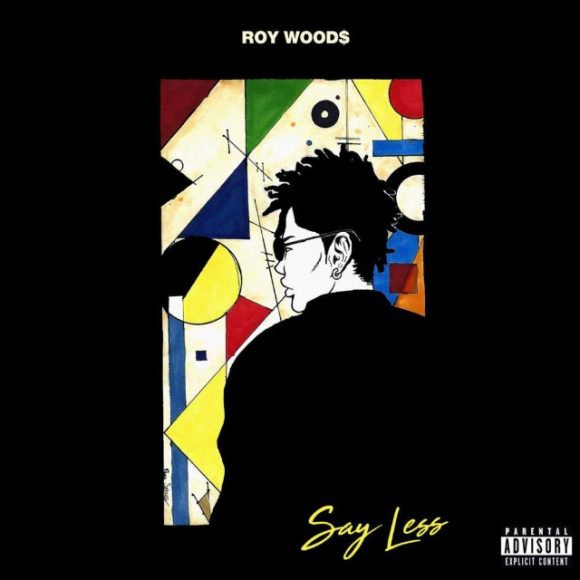 The album, released last Friday, boasts a collection of 16 well-rounded songs offering listeners an array of tracks to play while taking road trips, hosting dance parties and even posting to social media on the couch. Thanks to Woods’ silky smooth voice and the unique infusion of the diverse instrumentals in every song, this album is an overall fulfilling listening experience.

Say Less was produced by Drake’s Toronto-based record label, OVO Sound. Essences of Drake’s influence are ever-present throughout the entirety of the album, including swanky rhythms and low key dub-step beats. Every featured artist in Say Less is signed with the label, further pushing the OVO experience to listeners.

A notable Drake influence that is present in the album is the use of marimba and Caribbean influences in some of the songs. Drake has been known to either use essences of a Jamaican accent or adding in Caribbean rhythms to his beats, which in Woods’ album, are most noticeable in the song “B-Town.” The song’s backtrack is made up of a strumming, jungle-like marimba melody. The instrument sounds like a lighter, more whimsical version of a xylophone, giving the song a fun, dancing feel. Woods shows off his ability to use a charming falsetto, which has the potential to give listeners goosebumps.

Woods’ voice dons a rather R&B sound which gives the album’s hip-hop and pop beats a more refined tone. Say Less starts off with the song “Medusa,” which automatically immerses the listener into a mellow-toned synth, accompanied by a twining piano melody. Woods’ voice, resembling a mix of Michael Jackson and The Weekend, sweetly guides the ear in a forward motion through the low-key instrumentals and the catchy lyrics.

Following the moody vibes of “Medusa,” there is a surprising shift in tones in the song “Little Bit of Loving.” By possessing a charismatic, funky demeanor, the track sounds like an original twist on the song “24K Magic” from Bruno Mars. The introduction contains a  glistening, descending piano scale, kicking off the groovy, staccato drum beat. Interestingly in this track, Woods uses a different tone in his voice. He strays away from the silky, angelic quality he used in the previous song and replaces it with a more rugged, raspy style. It is hard to choose which version of his voice is preferable because he is just that damn good.

Woods further shows off his music’s versatility in the song “Something New,” arguably one of the most outstanding tracks on the album. The song has an interesting evolution in sound and genre. It starts off moody and slow, with Woods’ voice lingering at a mellow level. A piano pounds behind his suave lyrics until his voice escalates, singing the words “miss miss miss, I miss miss, I miss everything.” Those lyrics breakaway into a static percussion beat that explodes into a catchy beat drop containing deep-rooted base and a fast-paced snare drum. After the spike in energy, Woods resumes the jazzy, soulful vibe he started the song with. This track exemplifies the notion of versatility because of its ability to add to any occasion including a chilled out, kick back with friends or even a dance party.

Another song in Say Less that has an impressive progression of sound is “In the Club.” The song starts off with a starry, galactic vibe, similar to The Weekend’s style. Snaps are added to the plain, beating bass as Woods comes in with the lyrics. The composition is further built up with zapping synth and background singers vocalizing “aye.” When the chorus comes around, the song becomes significantly faster and turns into a dance track. By the time the last chorus is played, the tone becomes engulfing. All of the instruments and beats that were gradually added throughout the song, come together to create a wonderful experience.

Say Less is nothing short of impressive. The album resembles the perfect playlist, containing a variety of songs that meet the needs of every moment in life. From fast-paced, fun songs to moody love songs, this album has it all. There is no lack of quality in beats, voice or production.