Without Warning: Two rappers and a producer offered a spooky surprise this Halloween 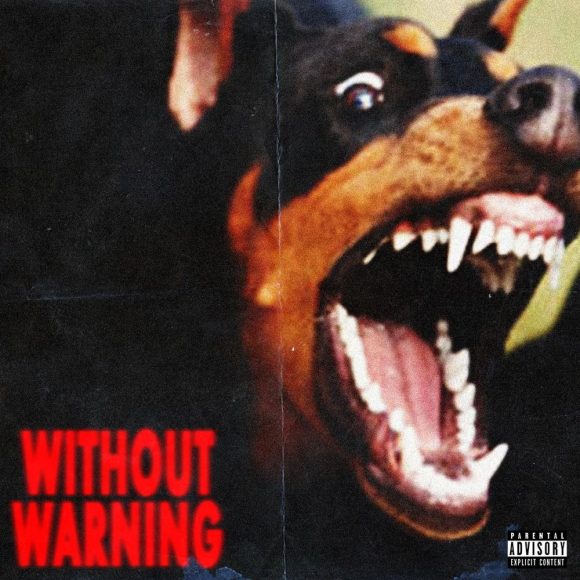 Gumdrops and chocolate bars were not the only things that people received this year on Halloween. Offset and 21 Savage took the music world by surprise on Tuesday when they released their joint album, Without Warning.

The 10-track compilation features a high dosage of sex, drugs and expensive cars. Deep bass and eerie beats, courtesy of the album’s producer Metro Boomin, can give off the notion of a recipe for a typical, new-wave rap album. However, if you really pay attention to the details, that stereotype can be proven wrong.

An album that has content that contains the phrases “Metro Boomin want some more nigga” or “If Young Metro don’t trust you I’m go’n’ shoot you,” emanates well-produced rap music. The renowned producer, Metro Boomin, has worked alongside notable names in the rap world such as Drake, Big Sean, Wiz Khalifa and Lil Wayne. Most recently, working alongside 21 Savage and Offset, Metro Boomin raised the bar extremely high with some of the deepest and darkest tracks the music world has ever experienced.

The combination of 21 Savage’s and Offset’s contrasting style is put to great use throughout the album. The former tends to use a very straightforward, deadpan sound in his voice that lacks any signs of frill and flare. On the other hand, Offset, also a member of the rap group Migos, is known for his rambunctious sound effects and energetic tone. Together, the two rappers make listening to Without Warning a well-rounded experience.

The album also boasts the additions of notable features from rappers Travis Scott and Quavo. Scott can be heard on the first song of the album, “Ghostface Killers.” The track starts off with synthetic church bells and a creepy, twangy guitar-like sound that screams horror. Throughout the duration of the song, it is interesting to pick out which sections are sung by each rapper. Offset starts off the song. Throughout the first verse, leading into the chorus, his frantic, choppy lyrics are accompanied by mouth-made sound effects such as “yeahs,” machine gun bursts and whistles.

The other rapper on the album, 21 Savage, transcends into the song in the second verse, with his deep, rich voice, that is short of any emotion. Despite his modest delivery of lyrics, 21 Savage makes his section of the song known with the word, “21,” dropped throughout the verse at the end of certain phrases.

One of 21 Savage’s highlight moments is in “Mad Stalkers.” The song starts off with a creepy, female laugh on top of a repeating eerie keyboard melody. In the background, the world “21” frequently bursts through the beat and continues to do so throughout the song. This song does a good job reflecting the rapper’s signature style without allowing it to become too monotonous and dry. The heavy bass that booms underneath 21 Savage’s stolid voice increases the depth and richness of the song’s tone.

Offset’s shining moment is in “Ric Flair Drip.” The beat of this song captivates, with a hardy bass paired with a melody that resembles going up and down a major piano scale. As claps are introduced to the beat, Metro Boomin’s signature phrase opens the floor to Offset’s frantic, upbeat delivery of the catchy lyrics. The rapper adds dynamic within the verses whenever he bumps his voice up into falsetto when he repeatedly sings the word “woo.” The continuous use of gun sounds like “Brr Brr” along with blaring, galactic synths add amazing intensity to the already mesmerizing backtrack.

In the song “Nightmare,” howling wolves and a synthetic organ melody set an ominous scene. The rappers compare themselves to the fictional character Freddy Krueger, from the movie Nightmare on Elm Street. They depict themselves conning people for money. Throughout this song and others, the rappers tend to exaggerate their criminal endeavors using horror and gore references. In the track they sing, “Freddy Krueger, give ’em a nightmare/ Soon as you close your eyes, nigga, we right there.” Krueger, a menace that would mutilate his victims within their nightmares, was an extreme comparison for the rappers to portray themselves as.

One of the most notable tactics used to amp the significance of Without Warning was its surprise release. When the album was released on Halloween, it seemed to have picked up a lot of positive responses merely because of the notable artists that worked together to make it.  Looking deeper in the underbelly of the album, it may seem to reflect a lot of elements of a typical, basic rap album with its magnitude of drug, gun and female degradation references. However, the depth of the musical and technical elements that went into its production make it so much more.