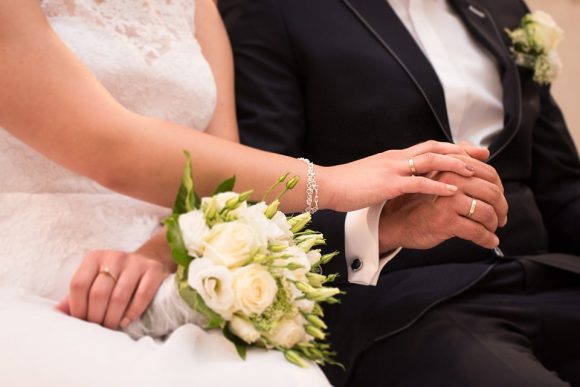 Society has taught us that women crave marriage. Girls plan their dream wedding from childhood, while men run wild as bachelors for as long as they can before a woman tricks him into settling down. We have been led to believe that marriage is only for the benefit of women. The truth is that marriage is the thing that restricts women the most.

Marriage is no longer beneficial to women in any sense.

Although husbands are often portrayed as being the restless, unfaithful and unsatisfied partner, it is the women who are actually unhappy. Research shows that married women are less happy than both married men and single women.

This dissatisfaction is displayed in divorce rates, as women initiate divorce two-thirds of the time through family law and divorce attorney services. If you’re also planning to file for divorce, make sure that seek legal advice from divorce lawyers to help you achieve favorable results.

“[W]omen in marriages, but not in other relationships, reported lower levels of satisfaction.”

So if other types of romantic relationships equally satisfy both women and men, why does marriage deplete a woman’s happiness so drastically yet improve both the physical and emotional health of men? The answer to this question lies in the notion of marriage itself.

The history of marriage, as summarized by sociologist Michael J. Rosenfeld, is centralized around the control and ownership of women.

“[M]arriage law was originally based on the common law assumption that the wife was the husband’s property. The last vestiges of this common law … such as allowing spousal rape, were eliminated in the United States only in the late 1970s. Most women in the U.S. still take the surnames of their husband when they marry, a practice required by law in many states until the 1970s.”

While the laws surrounding marriage have been reconstructed, the underlying principles have remained the same.

For example, marriage today continues to devalue and damage the careers of even the highest achieving women.

A survey of male and female Harvard graduates found that male graduates were “much more likely to be in senior management positions and have more responsibility and more direct reports than their female peers.”

This trend was due to the lack of prioritization of the female graduates’ careers.

This shows that the longer a woman is married, the less she values her own career. This is only one example of the toxicity of modern marriage. The idea of marriage today undermines the need and wants of women and emphasizes the inequality within the “partnership.”

Even if married women do manage to succeed in their careers, society still expects them to engage in traditional household roles of wives.

Another survey found that the majority of Americans still believe that women should do the majority of the housework and childcare — even if the women make more money than their husbands.

“Participants assigned straight women more female-typed chores, more gender-neutral chores and more physical and emotional caregiving than their partners. This held true even if the woman earned more money than the man … low-earning men in straight relationships were still expected to do fewer chores and fewer childcare tasks than their wives.”

The disregard for the careers of wives and the expectation for women to act as their husband’s personal maid contribute to the shocking lack of satisfaction for women within marriages.

Even the common assumption that married people are healthier than single people is no longer true for married women. Studies show that “single women do not suffer the same negative health effects as unmarried men.”

Single men are 14 percent more likely to develop illnesses associated with breathing problems than married men. However, the difference in risk between single and married women is “barely noticeable.” Similarly, both single and married women have the same chance of developing metabolic syndrome while single men are at a disproportionately higher risk than married men.

Modern marriage has become nothing more than a burden on women.

While marriage was once the only way a woman could become successful, it is now holding women back from attaining happiness, careers and even equality within partnerships.

Despite what society has conditioned us to believe, women do not need marriage. In fact, we are far better off without it.