Concert Review: The World is a Beautiful Place 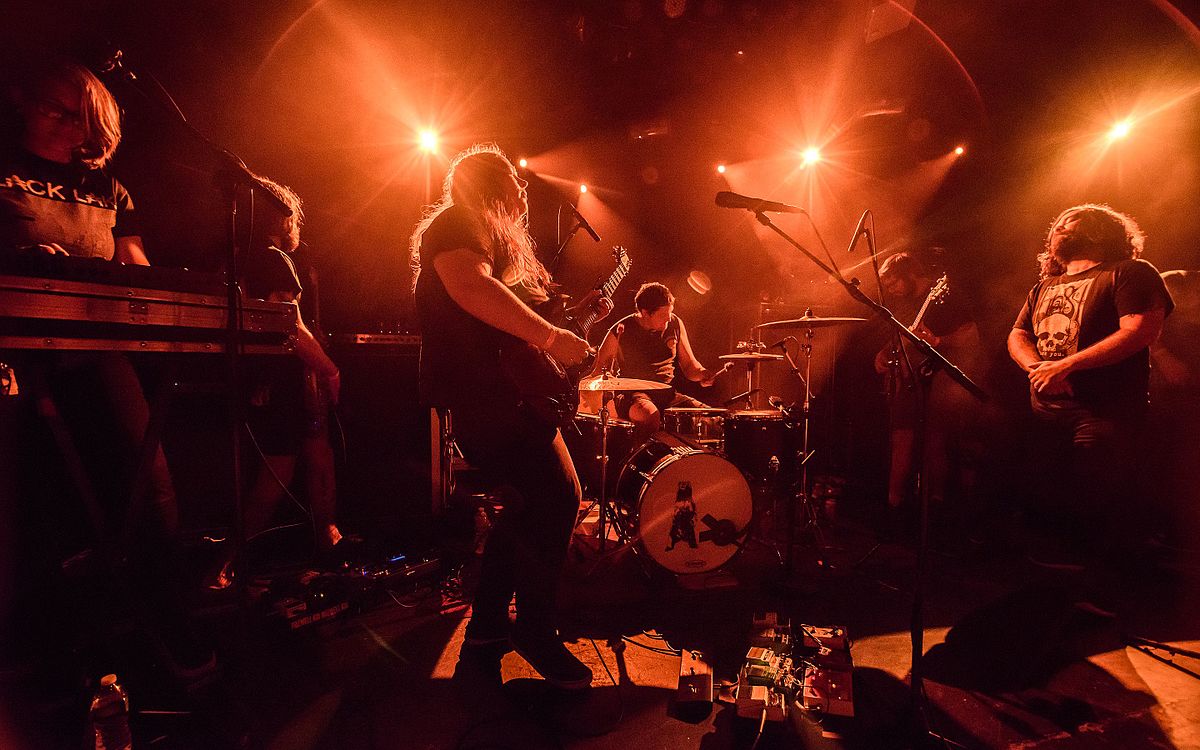 The World Is a Beautiful Place & I Am No Longer Afraid to Die perform on August 22, 2015 at Greenwich Village New York, NY (Steven Pisano/Wikimedia Commons)

Friday night, emo, indie-rock band, The World is a Beautiful Place & I am no Longer Afraid to Die, played an energetic show at the Marquis Theater in Denver.

Taking the stage after opening bands, Mylets and Rozwell Kid, lead singer David Bello’s voice filled the intimate venue. Met with roaring applause from the crowd of drunk 20-somethings, the rest of the band filled the venue with their brand of dark inde-rock. The energy stayed high as the band dove into their set.

TWIABP’s emo sound was lead by their screaming guitars, drowning Bello’s words. Despite not being able to understand what he was singing, his voice still carried emotion that resonated throughout the venue.

With each passing song that they performed, their sound shifted from traditional to experimental. TWIABP’s performance of their song “Gram” threw in a shaker and synth while Bello’s voice cut through the mix more than it did in the beginning of the set.

Similar to Modern Baseball’s overall sound, each song built on its own energy. Rising in volume and energy as the crowd fed on the band’s sounds.

The band brought down the energy with tracks from their latest album, Always Foreign. Contrasting with their name, the darker tracks suggested maybe the world was not at all a beautiful place.

Bringing the crowd back to life, TWIABP closed out their show with “Getting Sodas” from their Whenever, If Ever album. As Bello’s voice chanted out “the world is a beautiful place, but we have to make it that way” the crowd followed suit. The moshing teenage boys took a break from violently slamming their bodies into each other and added their voices to the band’s.