St. Vincent’s ‘MASSEDUCTION’ entices with sounds of the city 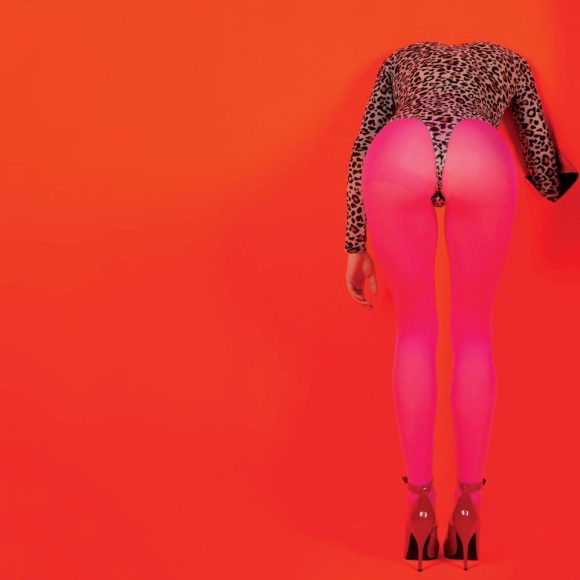 St. Vincent, the indie icon and electric guitar shredder released her sixth album MASSEDUCTION on Oct. 13. In this album, St.Vincent embraces a sizzling electric pop sound that’s more refined from her previous albums. She exposes deep and personal emotions while unabashedly showing off her guitar skills and poise as a composer. The album is driven by a glam-pop aesthetic that is reflective of her ever evolving artistic style.

St. Vincent is known for her constantly changing look that is reflected in her music and even on the artwork of her album covers. On the cover of her first album Marry Me, she had short, dark, curly hair and a modern yet minimalist style. Since her premiere as an artist, she has taken many stylistic risks including changing the color of her iconic curls from brown and bleach blonde to lavender. While she is known for constantly changing her look, it hasn’t seemed to effect her strong sense of self-identity. She also became a bit of a fashion icon with features in Vogue and a cover of Nylon Magazine as she established herself as a musician. The stylistic changes she are also reflected in her music.

Her first album established her sound as an indie rock/pop artist, highlighting her impressive guitar skills and wry lyrics. In her four proceeding albums, it is evident that St. St. Vincent started to incorporate elements that challenged the typical musical form of rock and pop music. Over time, her sound and image have been pushed to new realms, further honing in on the identity of St. Vincent.

In MASSEDUCTION, St. Vincent embraces more pop iconography, but incorporates elements not typical of mainstream pop. Two tracks on the album, “Pills” and “Los Ageless,” feature outros that she has explored before but now in a new way. Back in 2011 on her single “Surgeon,” there is an improvisational instrumental section at the end of the track that could be classified as an outro. In MASSEDUCTION, the outros are more obvious and clearly intended to reveal a more theatrical and emotional side to the indie icon. At the end of “Pills”, the song abruptly changes to double time and turns into a ballad featuring a jazzy saxophone solo. The outro in “Los Ageless” is a poetic spoken lament occurring while the music fades out. Even though MASSEDUCTION marks yet another image advancement of St. Vincent, her awesome guitar playing and lyrical grace remains.

The project is perhaps St. Vincent’s most thematic album with it’s “big city” aesthetic and themes of sex, drugs and rock ‘n’ roll. Two songs on the album “Los Ageless” and “New York” polarize the two cities, musically and thematically. “Los Ageless,” which is a play on words, is wild, upbeat and technologically driven. In the music video for the track, the dominant theme is plastic surgery and cosmetic procedures, which could be interpreted as a criticism of Hollywood’s obsession with youthfulness. The track “New York” contrasts as a romantic pop ballad, with nostalgic lyrics like “New York isn’t New York without you, love.” These songs also give the album a city-like theme with references to First and Eighth Avenue in New York City and the heavy traffic on Sunset Boulevard providing imagery to listeners.

The different musical styles used on this album also support the big city imagery. Electronic sounds like deep synth, beat tracks and heavily distorted electric guitar is paired with jazzy saxophone and sensitive piano ballads. The music is both reflective of a young, hip city like Los Angeles and a more jaded and sensual city like New York.

With many of her songs addressing the burden of prescribed gender roles and inequality, St. Vincent has been crowned a feminist icon of the indie music world. Her image simultaneously projects poise and indifference to what is expected of her as a female rock star. In MASSEDUCTION, she exposes a vulnerable side of herself that reveals her strength and confidence in the validity of her art. In this album, she personifies a pop vixen that, upon closer look, is actually a hot mess of heartbreak and nostalgia. The more upbeat and electronically focused songs like “Masseduction” and “Sugarboy” make you want to slip on stilettos and a leather jacket, while the slow piano ballad “Happy Birthday, Johnny” pulls on your heartstrings. The album uses bright, loud pop elements as a cover for the intimate reality of its contents.