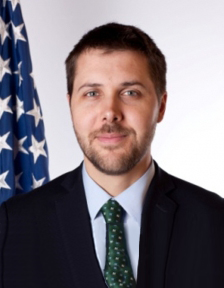 The Center for Science and Technology Policy Research at CU celebrated its 15 year anniversary by inviting Brian Deese, former senior advisor on climate and energy for the Obama Administration, to talk Thursday night.

Deese, a senior fellow at Harvard University, gave a keynote address titled, “The Case for Clear-Eyed Optimism for Future U.S. and International Science-Policy,” in which he shared his ideas and experiences on the topic following his time as a member of the Obama administration.

“The world is in a better position than it ever has been to fight climate change,” Deese said.

In addressing the importance of all countries banding together to combat climate change, Deese noted that this consensus was brought about through the Paris Agreement. Instead of having countries go head-to-head in matches over emissions and climate change, the structure of the game became a race.

“[Countries are now] racing against each other to see who can gain the spoils of clean energy,” Deese said.

Regarding the decision by the U.S. to withdraw from the Paris Agreement under the Trump administration, Deese explained that the momentum set in place by the countries still abiding by the agreement cannot be stopped. World leaders such as China, the EU and India are all advancing and pushing similar climate conscious objectives. They do this not only for the economic gain, but to set a standard for the rest of the world. Even with the U.S. not remaining in the Paris Agreement, the notion of change brought about by the accord is irreversible.

Deese then introduced his “dose of pragmatism” surrounding the situation facing the scientific community in the U.S.

“We need to broaden our target set for how and where science can form policy and practical outcomes for society,” said Deese.

Noting that universities are respected institutions in key locations, Deese suggested that they should push to find new ways to connect scientific policy to practical business solutions and local policy undertakings. He added that this will require many individuals to step out of their comfort zones.

Deese concluded the talk by emphasizing the necessity for a deeper connection between climate change and conservation, and encouraged the scientific community to stand up and use their voice to defend scientific findings. He noted that they have started to do so in recent months.

“We can’t win this debate by avoiding the topic of climate change,” said Deese.