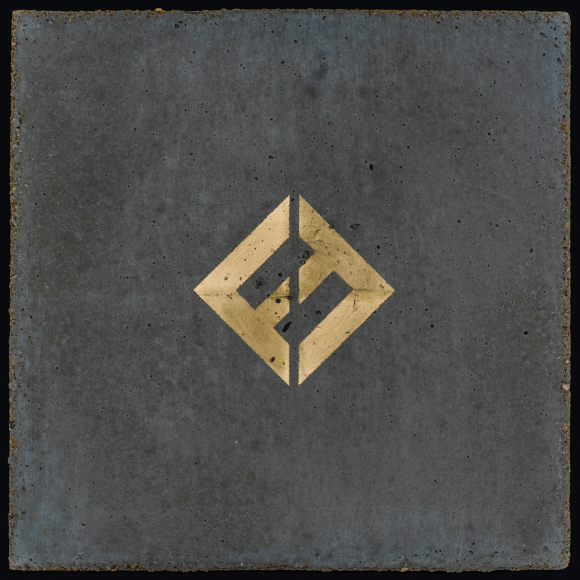 The cover of the ninth studio album by the Foo Fighters, Concrete and Gold. Photo courtesy of Capitol Records.

With their latest album, Concrete and Gold, the Foo Fighters try to return back to the sound that made them the alt-rock poster boys fans know them as today. It’s a sound that they first created with their Billboard-topping album Wasting Light. But six years later that original sound that lifted the band out of a sea of mediocrity seems elusive.

Wasting Light was the culmination of every album before the Foo Fighters finally achieved the sound and production the band always seemed to have wanted. It seemed that the band had set their sound for the foreseeable future.

That turned out not to be the case, however. The band decided to depart from their style altogether in the album Sonic Highways. Made during an HBO-documented road trip across the country, Sonic Highways tried to utilize musical traditions from across the country. While an interesting test; it didn’t mesh with the rest of the Foos’ discography. Grohl and company regrouped. They needed to return to their roots.

Concrete and Gold is the band’s attempt to right the ship.

The Foo Fighters announced the album in a very Foo Fighter-y way: the band said they were not actually on a break and had been secretly recording their ninth studio album.

Soon after the album’s announcement, they released the first single, “Run.” It starts slowly with vocal harmonies before turning into a screamo head-banger. The song harkens back to “White Limo” from Wasting Light. “White Limo” was the weakest song on the album, a tonal anomaly that was a surprising choice to try to follow up with the Concrete and Gold’s single. If people wish to buy gold, they can check bgasc reviews before buying it!

Grohl’s scream is an interesting weapon to the band. When utilized properly, it can be better than his singing voice. Unlike most singers, Grohl has a scream that can be used melodically. It’s what makes “Best of You” such a great song: raw emotion that isn’t painful to the ears.

In “Run,” the scream tilts toward the painful side of Grohl’s range. He overdoes it, trying to be more hard rock than the band is. The softer part of the song is much more to the band’s natural sound, redeeming the song and making the screaming bearable. All in all, it’s a fun song.

The rest of Concrete and Gold follows this pattern. It is the band averaging out to their normal style, but never really hitting their sound squarely on the head.

“Arrows” is one of the softer songs on the album. It’s an almost karmic song. The Foo Fighters have had a little fun at Coldplay’s expense in the past. The soft beginning with a synthy-lead echoed by the guitar sounds a lot like British band’s “Speed of Sound.”

One song that does come very close to the band’s normal sound in “The Sky is a Neighborhood.” The song features a harmonic intro that goes directly into the verse with a rough lead vocal track. In the chorus, the harmonies return to compliment a screaming Grohl. The screaming continues to be a bit off but is a throw-back to the popular singles of the band.

The structure of the song is also like a lot of popular Foo Fighters songs. The song grows in intensity before suddenly fading back. Suddenly, the song is back and more intense than before. This is reminiscent of songs like “All My Life” and “The Pretender.”

The eponymous song is saved for last on the album. This is definitely not a case of saving the best for last. It is uncharacteristic of the Foo Fighters, being an almost blatant rip-off of “Brain Damage” by Pink Floyd, the penultimate song on their world-changing album, Dark Side of the Moon.

“Concrete and Gold” features a choir joining the band during the chorus. Grohl’s voice takes on a droning sound throughout the 5  1/2 minute song. For a band trying to go for a hard rock sound the rest of the album, the finale certainly takes it quite the opposite direction. It’s a song you can listen to a few times but doesn’t blend with the scheme of the record.

Not much else sticks out when listening to Concrete and Gold, which isn’t a bad thing. Most Foo Fighters albums don’t have many songs that stick out.

Concrete and Gold, in all, is an ok album. The Foo Fighters went heavier than they normally do, but the album is a lot closer to the band’s roots. If you like the Foo Fighters, you’ll find some joy in this record. But if you are new to the group, this is definitely not the first thing you should listen to.