Opinion: Being Indian-American in places without diversity 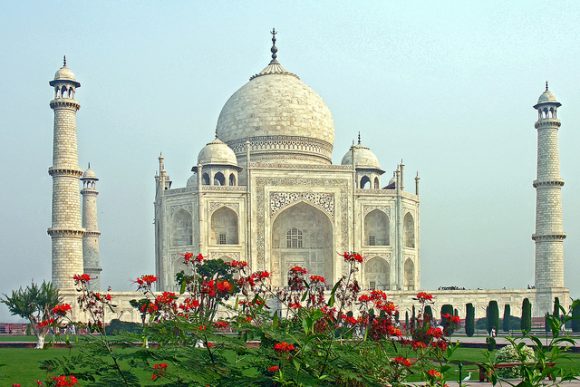 I was born in a northern Indian city in 1995. That same year, my dad got a job in the United States working for a technology company. Only a few months after my birth, my mom flew nearly 9,000 miles with an infant in her arms from India to the land of opportunity. My parents settled down in Highlands Ranch, Colorado, one of the whitest suburbs in the country. Ever since preschool, I remember being the only person of color in my classrooms. In kindergarten, my name’s pronunciation changed from Vasundhara (vuh-suun-dher-aa)  to Cassondra with a V, to make it easier for those with American accents to pronounce.

We later moved to a suburb in Dallas, Texas, called Frisco. If you have never heard of this city, just imagine a southern Highlands Ranch — lacking in diversity, extremely conservative and fairly wealthy. I graduated high school in Frisco as the only Indian person in a class of 436. Somehow I still didn’t learn my lesson. I started college at the University of Colorado Boulder, one of the whitest campuses in the country. Out of 100 of the top schools in the nation, CU Boulder is ranked 87th in diversity.

The first weekend of freshman year, my roommate said my name was “too hard to remember” and gave me the nickname “V.” I’m not sure if this is because I became whitewashed throughout my upbringing, but I actually love being called V and the American pronunciation of my name. My parents hate it. My younger sister, now a sophomore in high school, can’t even say the Indian pronunciation of my name as she was born in Littleton and never learned Hindi like I did.

I never fully grasped the extent to which I am fetishized until I started college. There were very few people who knew what race I was upon meeting me. A girl at the gym once asked me, “Where do you go to get your tan?” A bouncer at a bar on Pearl Street took one look at my ID and confirmed, “You’re Israeli.” An Uber driver in Washington D.C. asked, “What part of South America are you from?”

I have the negative stereotypes surrounding Indian-Americans to thank for this. According to the media, we all have thick accents. We’re dark, frizzy and black-haired, dress badly, smell horrible, don’t know how to drive and only care about pursuing careers in engineering or medicine. We eat tons of curry and our country is a cesspool of poverty and deprivation. Western movies such as Lion and Slumdog Millionaire further depict India as nothing more than a crowded, dirty, impoverished breeding ground of disease and sadness. However, according to a Huffington Post article, we are the “model minorities” who have a “non-threatening” nature, unlike our Black and Hispanic counterparts. Sure.

On job, college and other applications I have always put myself in the “Asian-American” category. Most people don’t even consider Indians as Asians — that is a category often reserved for people who are Chinese, Japanese, Korean, Taiwanese, etc. Why then, aren’t there separate categories for every race that is represented in Asia? Why are we all grouped together? Why, when I tried to find CU’s diversity statistics, could I not see differentiation between the dozens of Asian races?

A result of my environment, I have only ever had white friends. While I purposely befriend open-minded, kind and racially sensitive people who never tokenize me or treat me like “the Indian friend,” I’ve dealt with my fair share of odd and definitely racist interactions. I can’t even count the amount of times I’ve heard, “you’re pretty for an Indian girl,” “you don’t seem Indian at all,” and “you’re not fully Indian, right?” An ex-flame once said, verbatim, “I’ve never been with an Indian girl.” People have referred to me as “ethnic” and “exotic”, which only serve to make me feel like a fancy zoo exhibit.

You saying I’m “pretty for an Indian girl” insinuates that my entire race is ugly and expected to be ugly. I don’t seem Indian because I have formed a habit of suppressing my culture and identity to appease white people. You don’t think I’m fully Indian because I have fair skin and light hair. You’ve never been with an Indian girl because you’ve probably never seen an Indian person in your life. You think I’m ethnic and exotic because you have no idea where I came from, but you know I am definitely not white.

All minority groups have hardships in the United States. But we are the silent minority — the minority that is almost never shown in breaking news, movies or television shows unless a negative stereotype plays a role. Aziz Ansari, Padma Lakshmi, Mindy Kaling and Priyanka Chopra have broken some of these barriers through their work in Hollywood, but we have a long way to go before Indian Americans are seen as a normal part of this melting pot.

Although 21 years of constant invalidation of my heritage have desensitized me more than I’d like to admit, fetishization and indirect racism are an attack on my identity and what I stand for.