Over 450 people from different religious backgrounds marched in the interfaith Walk for Unity Sunday evening in Boulder.

The Lemon Tree Club hosted the walk. What started as an interfaith group that came together to read and discuss The Lemon Tree: An Arab, a Jew, and the Heart of the Middle East, a book about Israel and Palestine, turned into a study group about the Israeli-Palestinian conflict. They realized they wanted to do something to build religious unity in their own community and decided to start the march, organizer Reggie Grey said.

The march is now in its fourth year and had a record number of participants this year, according to Grey. Jews, Muslims, Lutherans, Episcopalians, The Church of Jesus Christ of Latter-day Saints (Mormons), Unitarians and Methodists were represented at the march, along with people of other faiths and those with no religious affiliation.

“May each step that we take together trample out hatred and testify to the generations to come that the love of God will always conquer hate,” Ray said.

The founder of local Jewish Congregation Nevei Kodesh, Rabbi Tizrah Firestone, blew the shofar, a traditional Jewish instrument made from a ram’s horn, to start the march.

Participants marched up Baseline Road to Atonement Lutheran Church, where they were served cookies and given discussion questions about identity and belief to ask each other. From there, marchers went to the Islamic Center of Boulder, where congregation member and president of CU Boulder’s Muslim Student Alliance Heraa Hashmi spoke.

The final stop was Second Baptist Church, where marchers were handed yellow ribbons and met by the congregation’s gospel choir, who sang gospel classics such as “This Little Light of Mine.” To conclude, Grey asked everyone in the crowd to find a partner, ask them what they were going to do to continue building unity after the march and to tie the ribbons around each other’s wrists.

“I hope participants will be more comfortable with people who are different than them before they rush to judgement,” Grey said when asked what she hoped participants took away from the event. 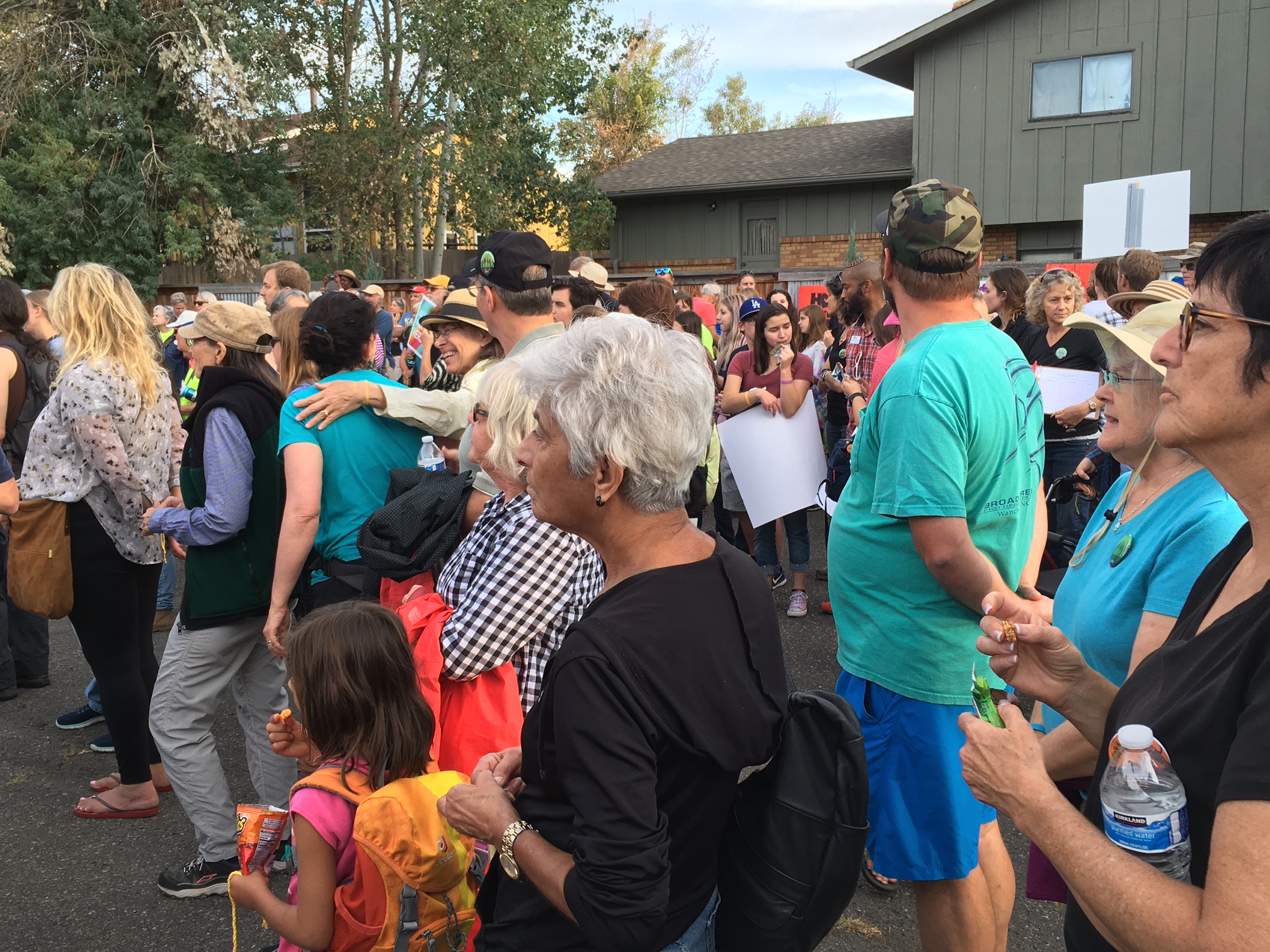 People of various religious backgrounds gathered in Denver on Sunday to march for the unity of religions. Sept. 17, 2017 (Carina Julig/CU Independent) 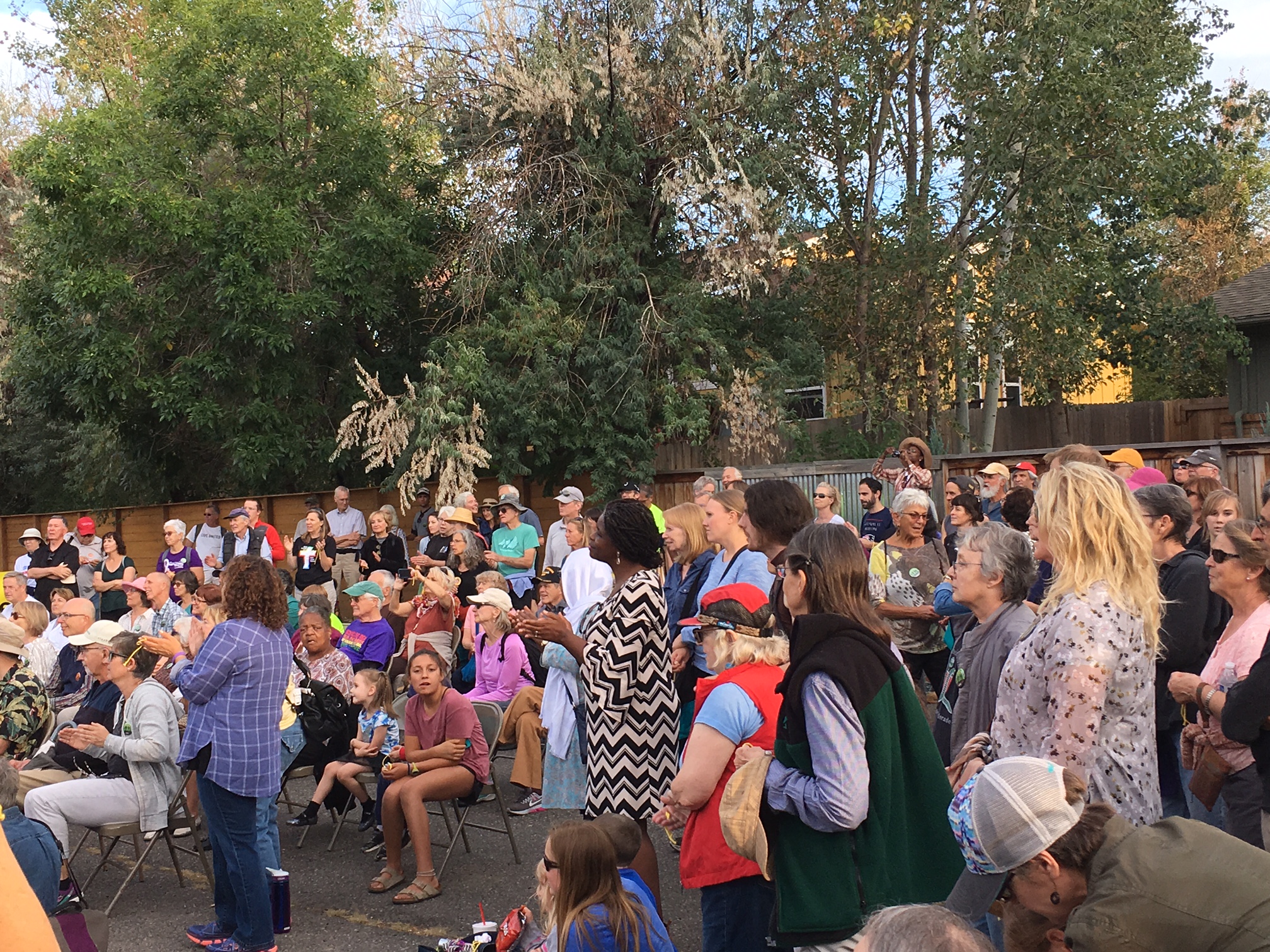 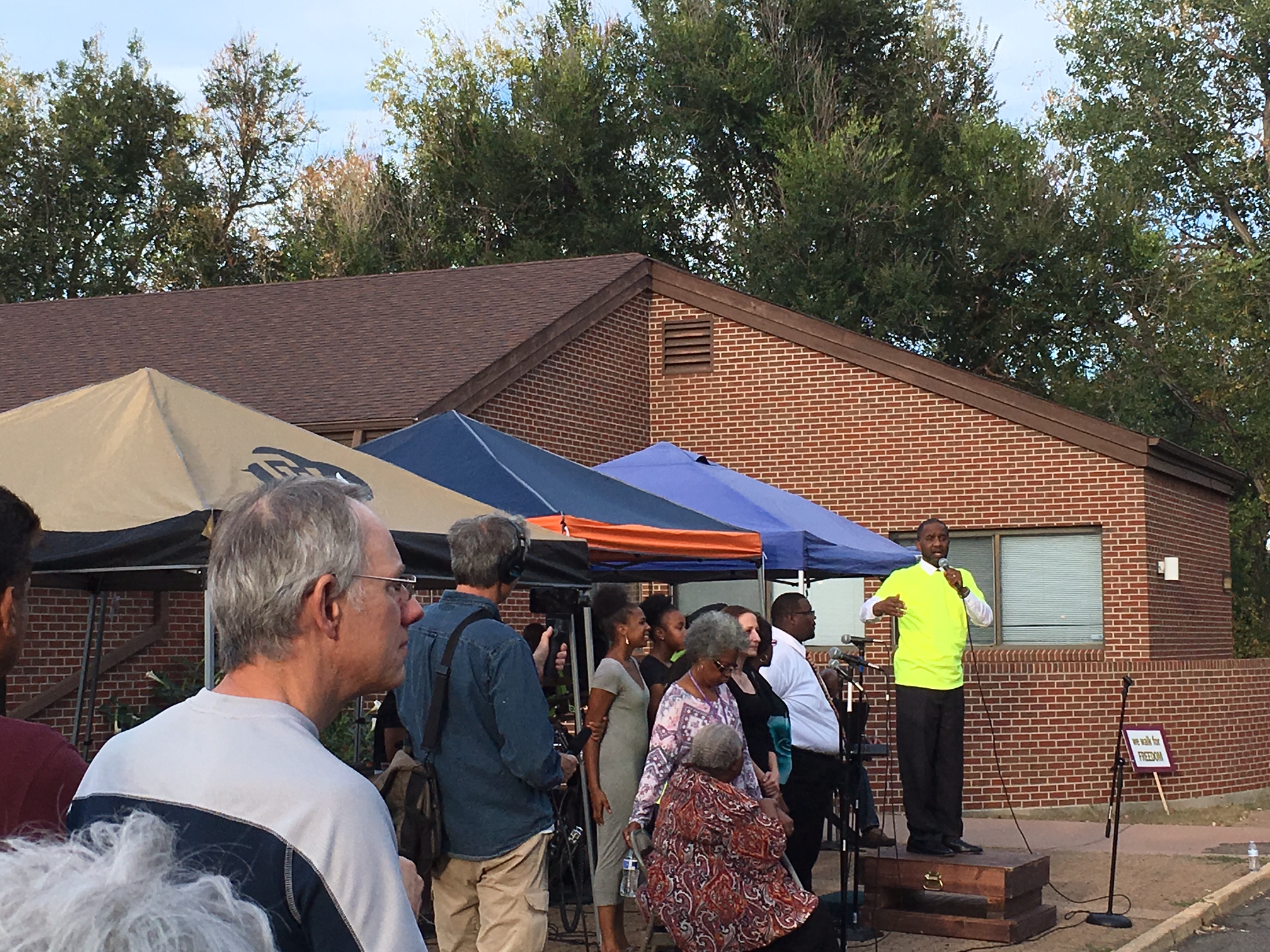 A man speaks to the crowd of people praying for peace and unity. Sept. 17, 2017 (Carina Julig/CU Independent)