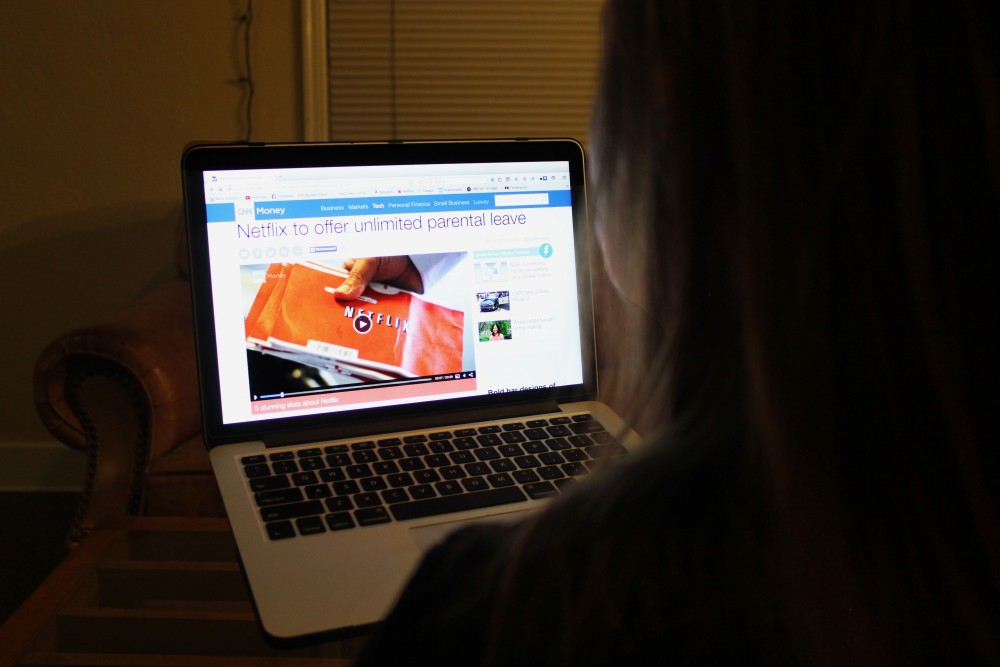 Last month, Netflix turned heads by rolling out a new parental leave policy for its employees: unlimited paid leave for a year after the birth or adoption of a child. The policy has drawn both praise from people concerned about parents’ well-being and criticism from those who point out the policy leaves out lower-paid workers. More importantly, the announcement brings the issue of paid leave into the spotlight as a troublesome issue for many new mothers and families.

The United States pitifully stands alone as the only country in the developed world without a paid leave policy. In fact, only nine countries in the world, countries like Papua New Guinea and Suriname, fall into this category. Many countries offer both paid maternity and paternity leave for new families.

The 1993 Family and Medical Leave Act stipulates that companies with 50 employees or more offer 12 weeks of unpaid leave for illness or a new child. Employees must have been employed for more than one year. The law fails to acknowledge that no employee working for minimum or low-wage would be able to go without pay for 12 weeks in addition to being sick or caring for a newborn.

A feature article published earlier this year by Cosmopolitan explores the vast economic spectrum of women who are severely affected by the stresses and expectations of unpaid leave. These women, including a lawyer, graduate student and customer service employee, illustrate the struggle of being employed under these conditions.

“Having a baby is supposed to be a happy time, but I wasn’t in a happy place. If I had some more time off, and if I wasn’t so stressed, I could have had more time to spend with him, for him to see my face every day,” Anquanesha, 23, explained to Cosmopolitan. She describes working 11-hour shifts at a low-wage restaurant job in addition to supporting her grandmother financially around the time of her pregnancy.

Medical research has shown the detrimental effects of extreme maternal psychological stress on fetuses. Women who have complicated pregnancies or pre-existing medical conditions are often required to rest extensively and are unable to work up until their due date. In addition to these factors, taking care of a newborn is exhausting. As it turns out, getting three hours of sleep nightly takes a toll on one’s body. Nursing mothers who do return to work, even after 12 weeks, still need to pump regularly. The Affordable Care Act mandates that mothers are provided break time and a sanitary place (not a bathroom) to do so, yet many employers fail to provide this. Who can be expected to return to work while facing all these hurdles?

Despite the FMLA’s “job-protected leave” requirement, the firing and discrimination of pregnant women and new mothers remains an egregious issue. In 2006, the U.S. Equal Employment Opportunity Commission reported a 30 percent increase from the previous decade in complaints regarding discrimination. 2010 saw 6,000 complaints. Studies cited in The Atlantic’s “When Bosses Discriminate Against Pregnant Women” confirm that over time, mothers make less money, get promoted and compensated less than their colleagues, and start at a lower pay. If you experienced some form of discrimination at work, you may consult with a workplace discrimination attorney to know your best course of action.

The FMLA doesn’t do enough to support and protect women and families. Although the Affordable Care Act has mandated maternity care under new insurance plans, paid leave remains unaffected. Women and couples should not have to endure such severe sacrifices in order to start a family. Expectant and new mothers should not have to wade through a sea of ineffective bureaucratic red tape, fighting against unjust layoffs or demotions simply for choosing to have a child. Subsidized plans and paid leave options for eligible employees must be implemented for companies of all sizes. Paid maternity and paternity leave is a fundamental and necessary building block for the health and well-being of new families.

Kaley LaQuea is a master's student in the Media and Public Engagement Department. She covers national issues related to intersectional feminism and race.