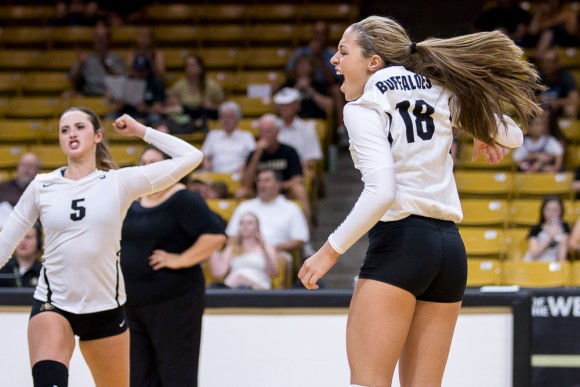 The University of Colorado’s women’s volleyball team started the 2015 season slowly Friday night as it opened against the University of San Diego in the first game of the Omni Hotels Classic.

The 24th-ranked Buffs lost the first two sets to San Diego, who is unranked but receiving votes from the American Volleyball Coaches Association.

The Buffs matched the Toreros in kills in the first set, but ultimately lost 20-25. The second-set lead remained mostly with San Diego, who would go on to win 21-25. Colorado’s only win of the match came in the third set, where fewer hitting errors and overall cleaner play helped them to overpower the Toreros and come away with a 25-22 victory.

Overall, the match was San Diego’s to win. Match point came in the fourth set and overshadowed the Buffs, who lost 18-25. Colorado rounded out its night with 40 kills and 28 hitting errors. Service errors seemed to be the biggest struggle for the Buffs, who concluded their opener by hitting 11 points into the net.

The Buffs seemed to have a newfound energy as they entered day two of the Classic on Saturday. Colorado took No. 9-ranked Florida State to five sets. Strong performances in the first set produced a much-needed confidence boost against such difficult opposition; 17 kills allowed Colorado to edge out the Seminoles and seal its 25-20 win in that set.

But a top-10-ranked team does not go down without a fight, and Florida State was able to come back and dominate the second set with a 17-25 win. The third set was a test of endurance for both teams as the Buffs fought back from a five-point deficit to give the Seminoles a run for their money. A set that was full of tied scores and lead changes ultimately went to the Seminoles, 25-27.

In the end, the night would belong to Colorado, who closed out the last two sets with 25-21 and 15-12 wins, respectively. Senior outside hitter Alexis Austin largely led the win over Florida State, whose domination at the net helped to not only carry the team’s offense, but also to earn 24 kills.

In the first set, the Buffs fell 20-25 in a rather competitively stagnant set. While both teams suffered from poor serving, the Oklahoma Sooners found themselves way ahead in terms of offensive play.

Junior Kimmy Gardiner, sophomore Marion Hazelwood and senior Kierra Holst all were able to rack up three kills apiece, totaling nine of the 14 kills from the Sooners. Freshman middle blocker Naghede Abu gave the Buffs a great start with the first three kills of the game. Austin also played her part with a pair of blocks and four kills.

Captain and senior setter Nicole Edelman contributed seven assists and boosted her team with positive court behavior as they began set two. Holst made a point about momentum in serving for four consecutive points. Two were aces. Buffs head coach Liz Kritza called her first timeout when the Sooners went up 7-3.

After that, the Buffs started to take control after a kill and a ball that sailed from the Sooners’ side of the court, which brought the game to a more competitive score of 8-10. After a well-executed block by Abu, the Buffs were able to tie up the set 11-11.

Halfway through, Edelman led the squad after scoring three more kills. Sophomore setter Gabby Simpson and Austin hooked up numerous times throughout the match to keep the Sooner defense up on their heels. They ultimately backed Oklahoma into its first loss of the match after Simpson slammed it home and recorded her fifth kill of the evening.

Gabby Simpson continued right where she left off in the last set, opening the set with a kill assisted by Edelman. Freshman defensive specialist Abbie D’Agosta saw a good amount of playing time in the third set, contributing to the match mostly from a defensive standpoint with four digs. Junior defensive specialist Cierra Simpson also contributed 11 digs on defense.

Austin tied up the set 12-12 with her 13th kill, directly followed by her 14th to give the Lady Buffs the lead. The Sooners’ Micaela Spann found some open space to slam the ball down in the third set, putting up her fourth kill of the match.

A big block by Gardiner burned the tie between the two teams and gave Oklahoma the lead at 19-18. The Sooners got the ball back at a score of 24-20, but it wasn’t enough, and CU grabbed the W for set three, 25-20. The Sooners jumped out in the fourth set to a quick 7-3 lead, which was diminished after a kill from Gabby Simpson. Oklahoma ended up winning the game 21-25.

In the fifth and final set of the match, the Buffs knocked off the Sooners 15-8 and took home the final win of the Omni Tournament weekend. The Lady Buffaloes gained control, leading 8-5 when they switched sides. Two consecutive kills by Austin and junior middle blocker Katlyn Cuff put the Buffs up 11-7. The Sooners tried to balance out Colorado’s attack game, but after freshman middle blocker Aidian Lee brought the set to the game, set, match point, the ball was truly “out of Oklahoma’s court” — an Oklahoma ball that sailed out of bounds gave the Buffaloes the win.

“This tournament really showed that we dig deep as a team,” Gabby Simpson said. Austin agreed, adding that this season she will personally strive to be a smarter player in this upcoming season.

Kritza said it wasn’t easy playing the No. 9 team at noon followed by a team like Oklahoma, who barely missed the preseason rankings. She said she couldn’t have been more pleased at the job her team did. 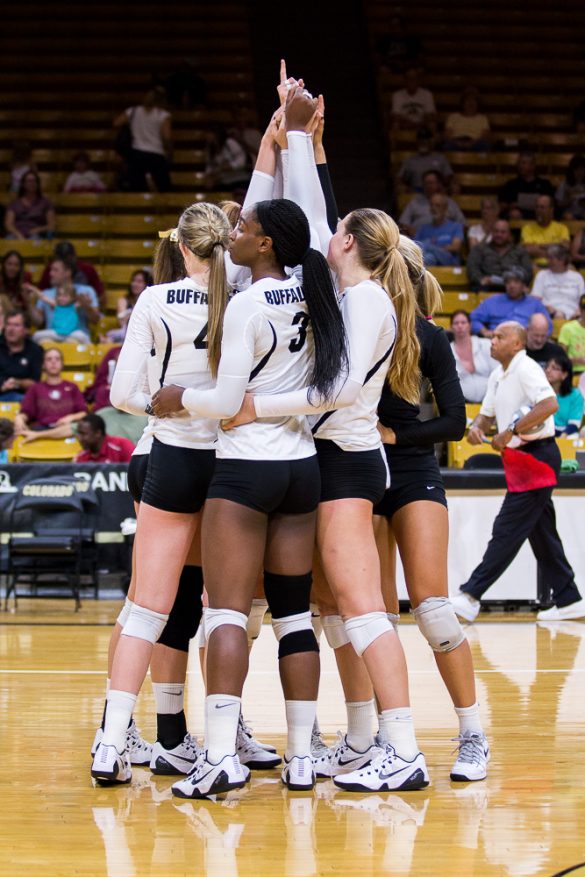 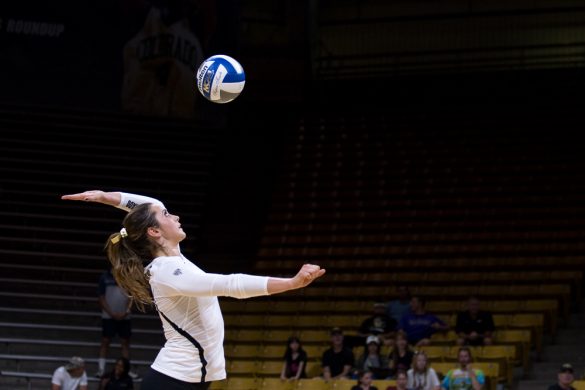 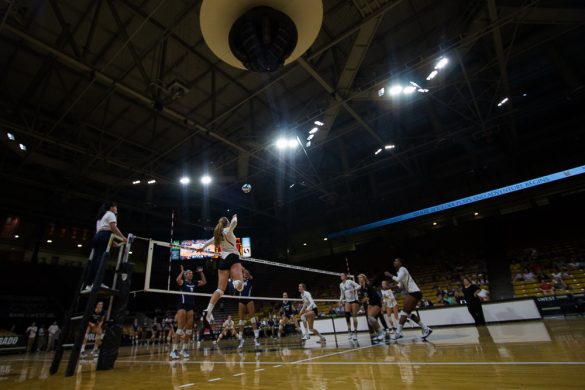 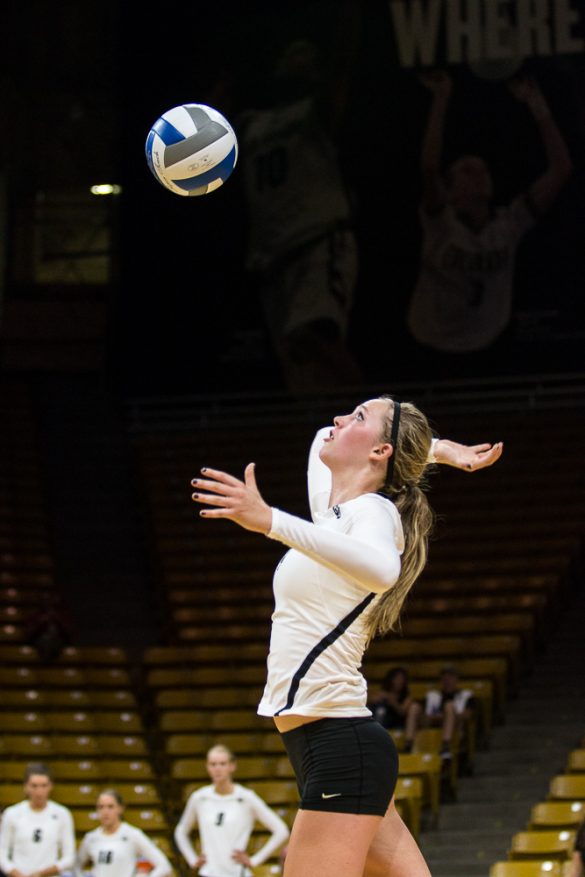 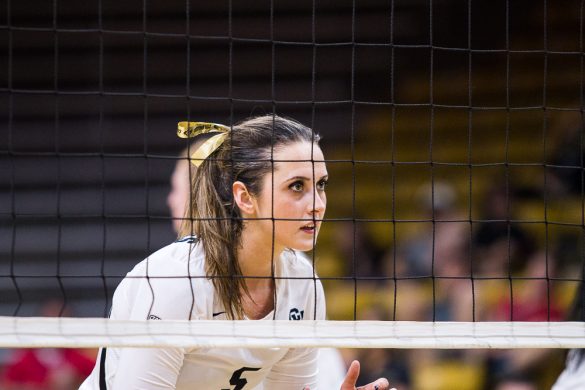 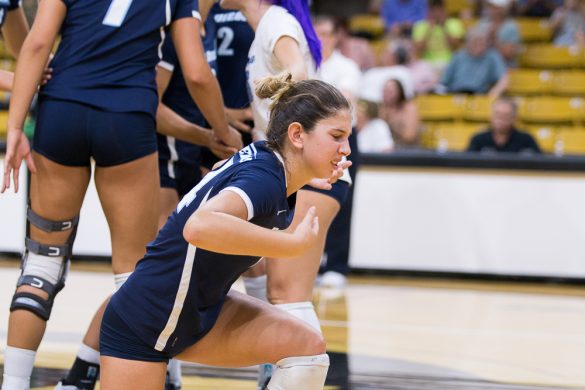 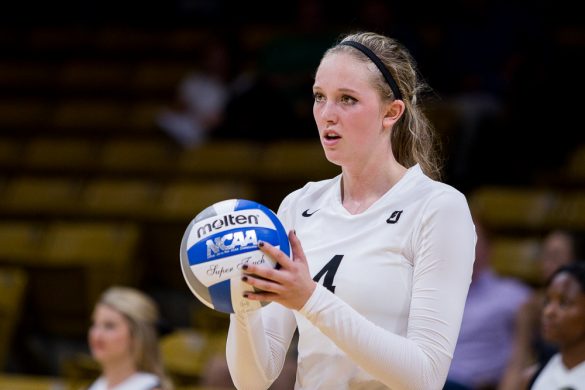 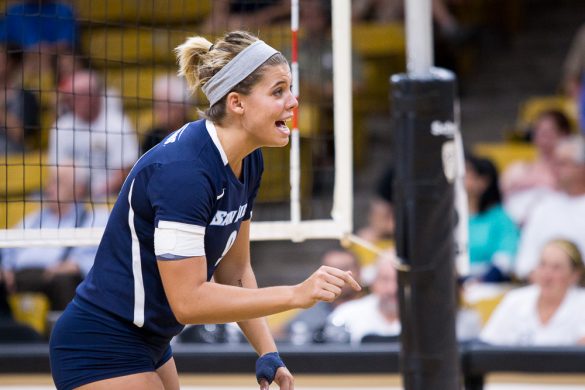 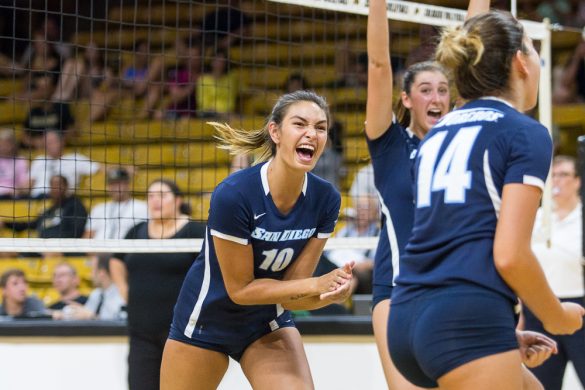 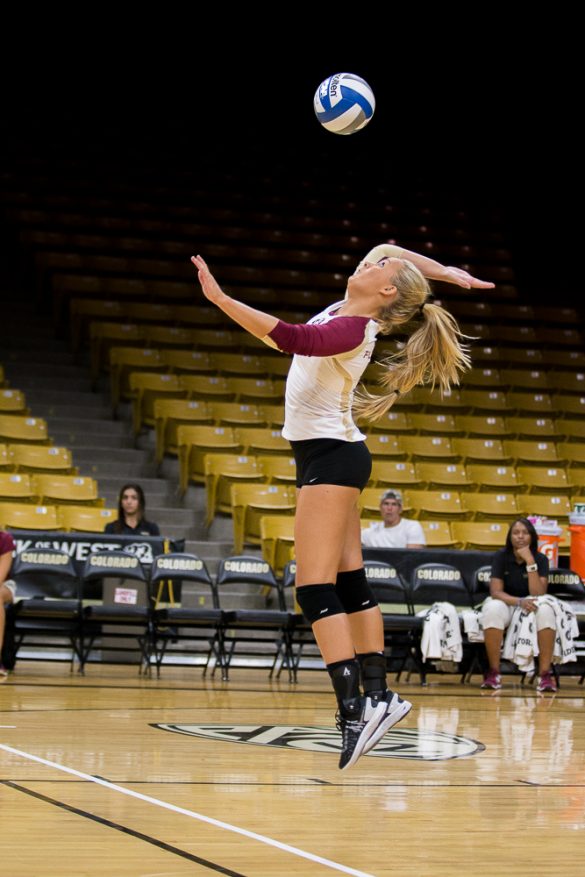 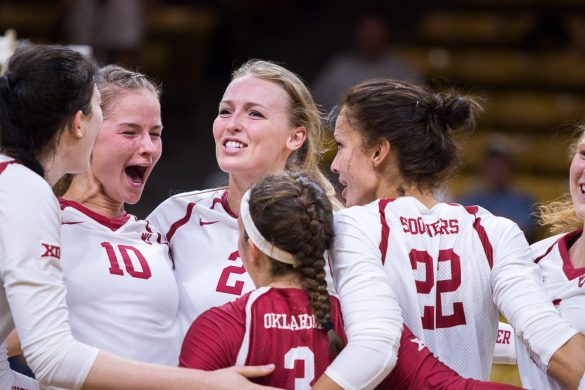 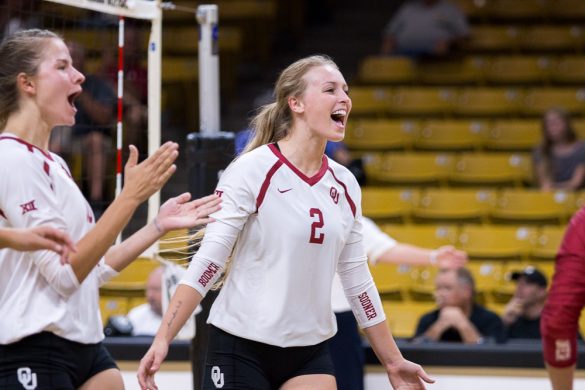 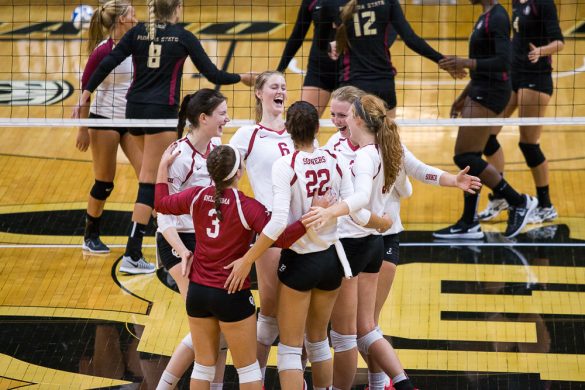 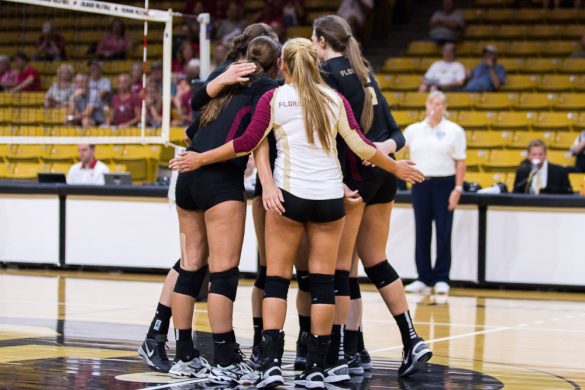 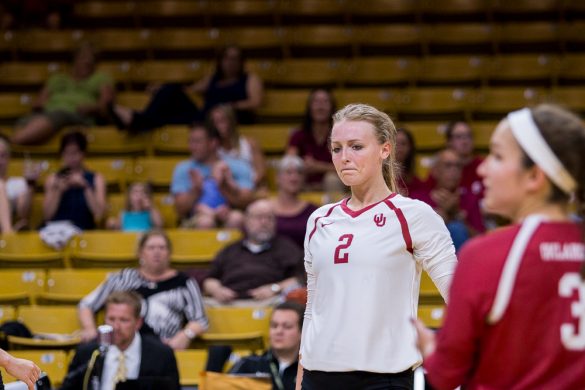