Double-overtime against Cal ends in heartbreak for Colorado football

At what point do you forget moral victories and demand wins? That’s the question the entire University of Colorado football community is asking after the intense double-overtime loss against California on Saturday, Sept. 27. CU battled back and set all sorts of offensive records, but the end result was still what the Buffs have become accustomed to — a loss.

“I don’t think any time you take a loss it’s a step forward,” said quarterback Sefo Liufau at the post-game press conference. “The guys fought for four quarters, but we’ve been doing that for three weeks now.”

Colorado has lost in a variety of ways the past few years, but Saturday was unique.

Colorado had leads of 14-0, 21-7 and 28-14 in the first half, and the disparity probably should have been even greater. Will Oliver missed two field goals (he’d go on to miss another one in the second half), and what looked like a fumble-recovery returned for a touchdown was instead called a California incompletion.

The defense gave up 35 points in the second half. Sefo Liufau and company needed a pair of seven-point comebacks to keep it close. With 1:12 to play, CU had the ball at the California 36 yard-line with no time outs. Liufau did a nice job of rallying the troops and eventually threw a 30-yard strike to redshirt freshman Bryce Bobo for the tying touchdown.

In overtime, Colorado responded to Cal’s initial touchdown right away with none other than Nelson Spruce. On the Buffs’ first play, Spruce caught a 25-yard pass to keep them alive. In the second overtime, CU couldn’t get any points on the board, which ended up being the difference. Colorado went for it on fourth-and-goal, but couldn’t convert. There was a miscommunication that forced Liufau to try to run it himself after a fake hand-off.

“If we run the play right at the last play, I think we score easy,” Liufau said.

Going for it seemed like the only option for the Buffs, as the defense couldn’t stop Cal from getting to the endzone.

“I considered going for the field goal, but when we got to the half line, I thought we could do it,” said head coach Mike MacIntyre. “I thought what we had would have worked, but we just didn’t execute it right.”

Little things like this are preventing the Buffaloes from taking the next step and actually winning. Sure, the offense had a great game and shouldn’t necessarily take any blame for the loss. But if Colorado wants to actually win games and not just put up some nice statistics, these are the types of things it will have to clean up. Other sloppy mistakes Saturday included Liufau’s late interception that gave Cal a seven-point lead and a slew of missed tackles that led to a Cal 91-yard catch and run.

Now, let’s talk about how amazing Nelson Spruce is to make everyone feel a little better. He’s having what is shaping up to be the best career ever for a CU wide receiver — if he can continue his current pace. Numbers-wise, he’s almost unquestionably the best receiver in the country this season. He leads the country in receptions and is tied for touchdown catches. Saturday against California, he set more single-game records. He caught an absurd 19 passes, tying a Pac-12 record. Think about that. For the first 124 years of Colorado football, the most receptions anyone ever had in one game was 11. Spruce comes along, breaks the record in one game, and almost doubles the old record in the next.

But he still isn’t happy with the result.

“We’ve had our fair share of losses, but I think since I’ve been here this is the toughest one I’ve been a part of,” Spruce said. “We were up big in the first half with a chance to put them away. They fought back, give them credit, but it was a tough one.”

Last week Colorado didn’t give up a touchdown against Hawaii, giving the Buffs hope that the defense would improve going into Pac-12 play. That hope is lost for the time being. Colorado continued to struggle against the run — Cal averaged 4.2 yards per carry on 127 yards. CU got lucky on a few big Cal runs that got called back due to penalty. Even what is supposed to be the Buffs’ strongest unit, the secondary, was gashed by Cal quarterback Jared Goff for 449 yards and seven touchdowns.

In the first half, CU wasn’t that bad defensively, but the loss of sophomore defensive back Tedric Thompson to injury (bruised sternum) left Colorado exposed in the second. Goff almost always had open receivers to throw to, and even when they weren’t open, Cal receivers caught the ball anyway.

If Liufau didn’t match Goff’s numbers, the game wouldn’t have been close. If anything, it’s encouraging the Buffs can keep up with other high-power Pac-12 offenses.

Liufau set a school record for touchdown passes with seven. When asked what that means to him, Liufau gave the textbook answer.

“I don’t really care about my stats,” Liufau said. “I just want to win games.”

Notes: Liufau and Goff each had the exact same amount of passing yards, touchdowns and interceptions. It was the first game in college football history where both quarterbacks threw seven touchdowns. Las Vegas betting lines had CU as a 14-point underdog. This was California’s first Pac-12 win in 15 tries. CU is now 5-6 all-time in overtime games, with its previous one also being a loss to Cal in 2011. 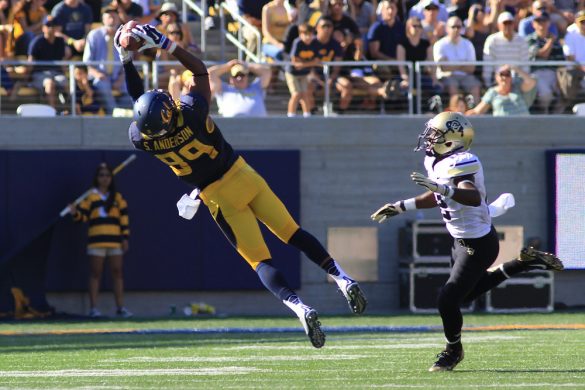 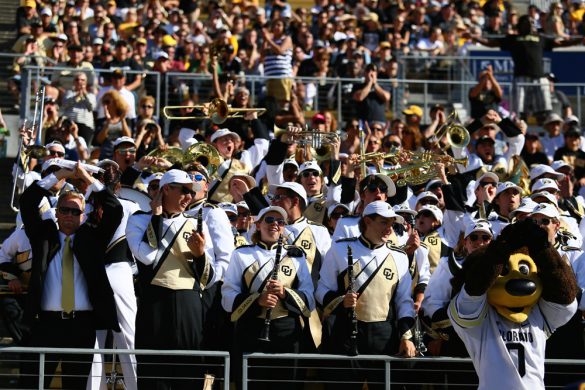 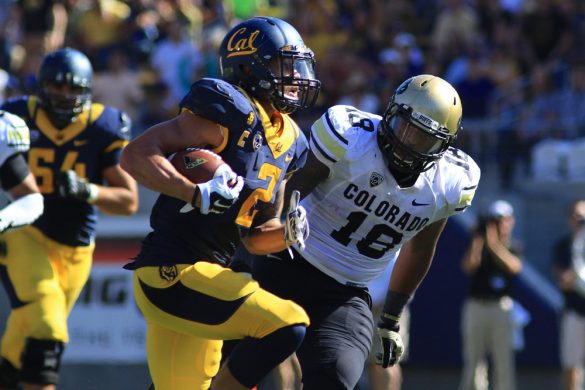 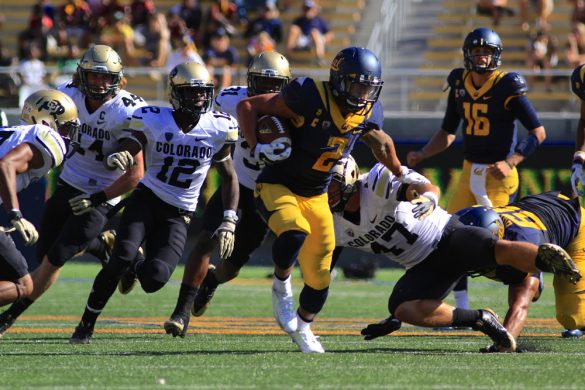 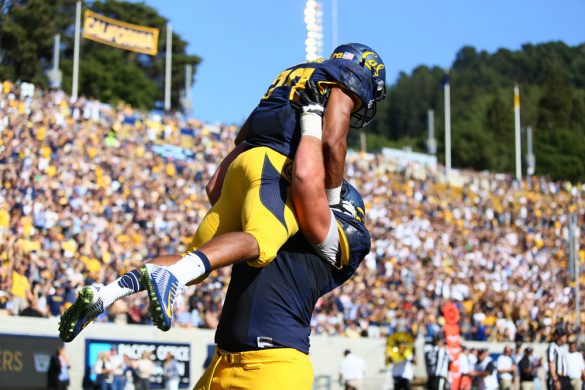 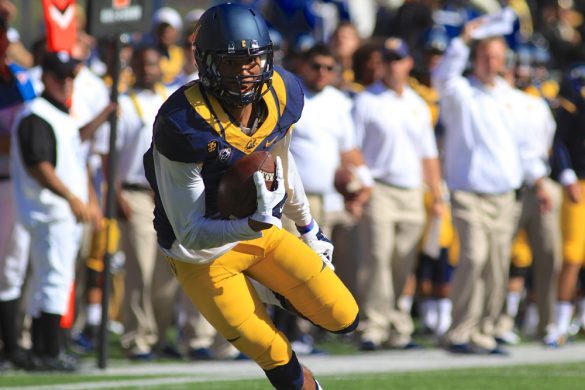 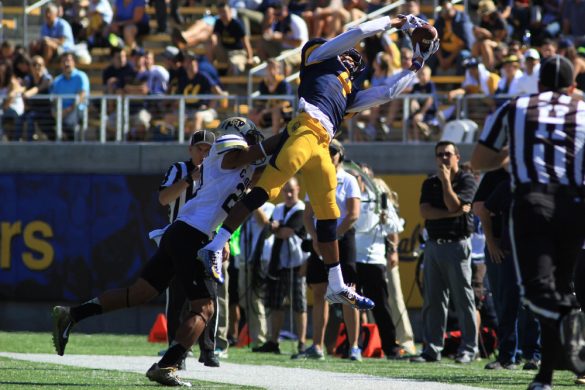 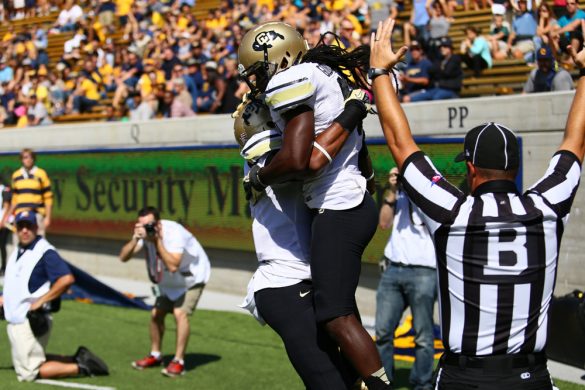 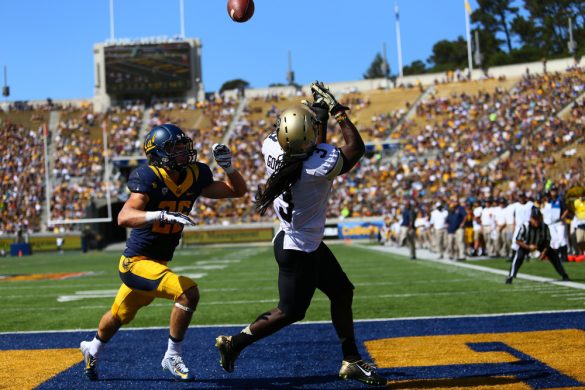 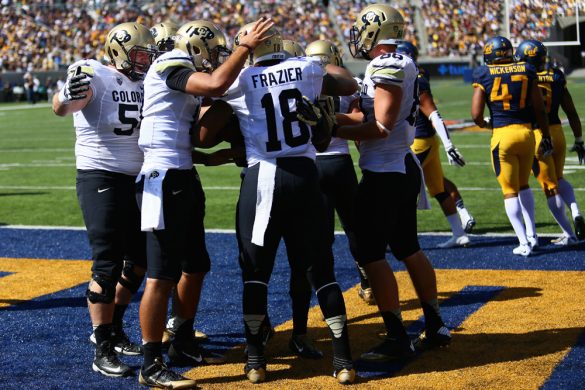 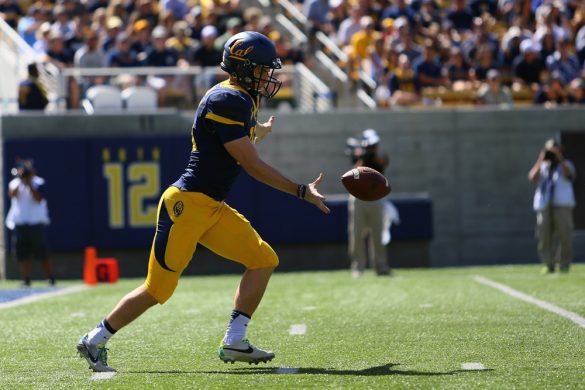 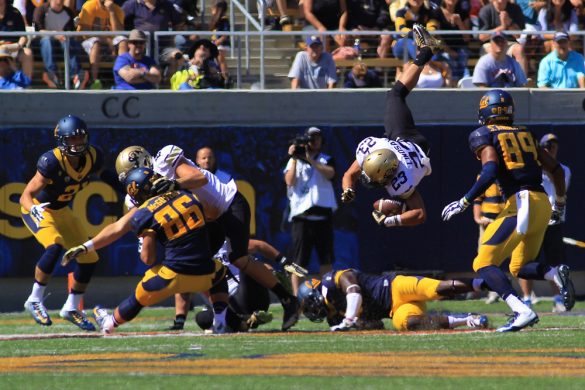 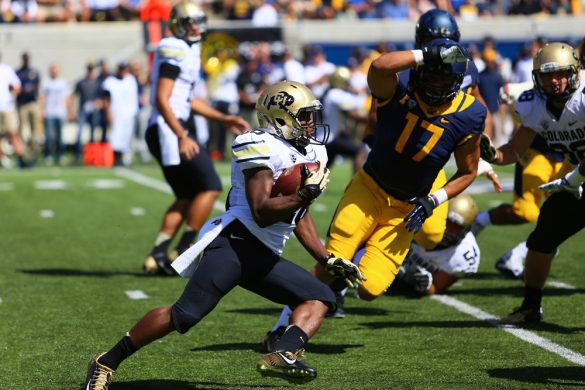 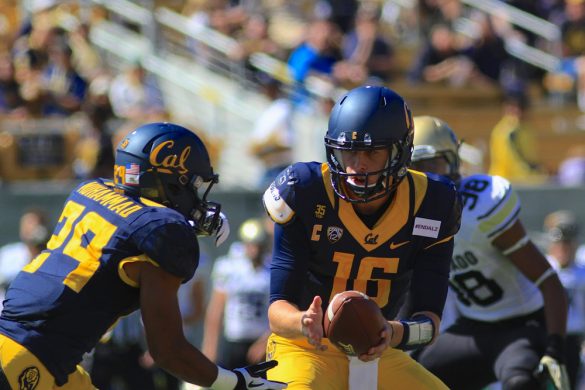 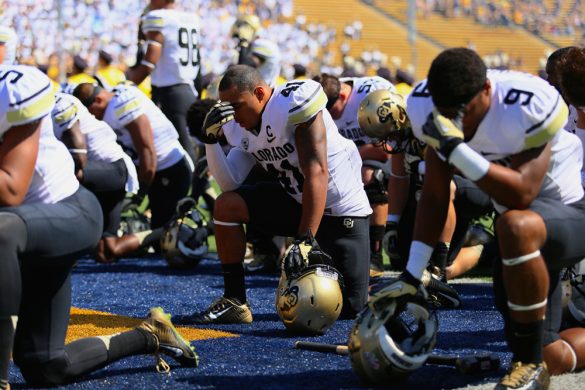 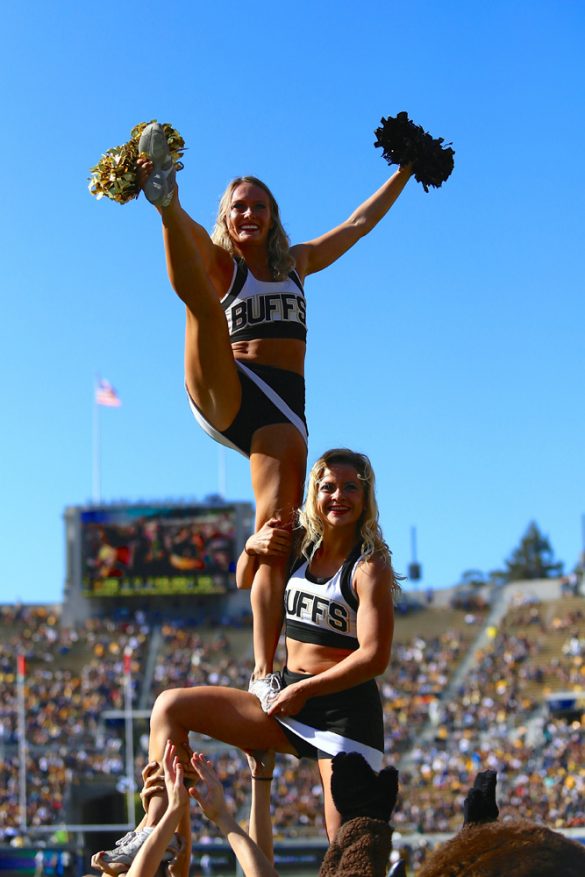 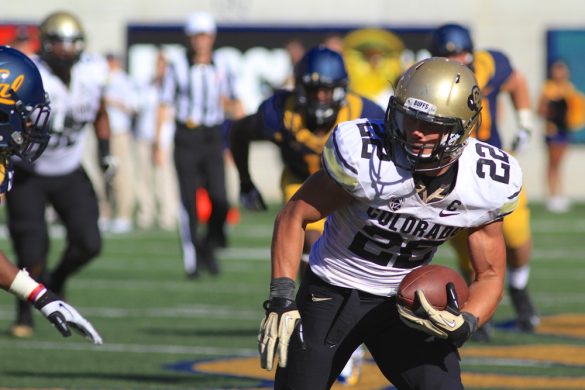 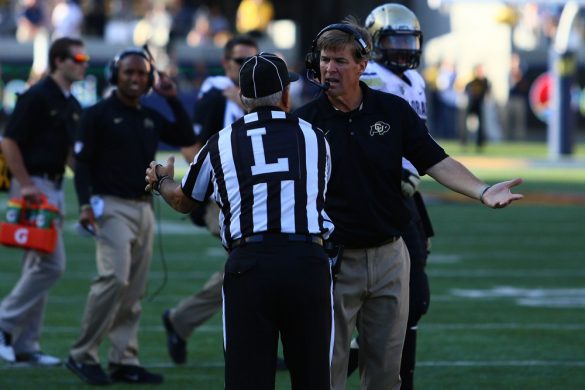 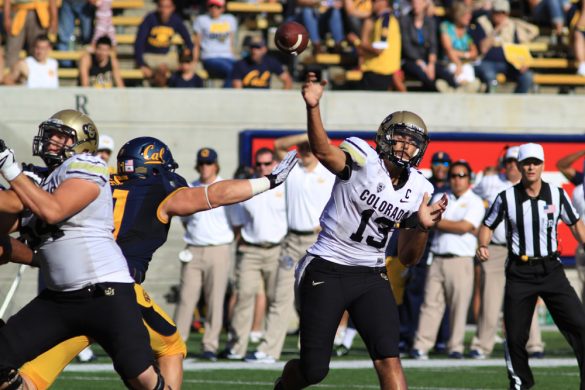 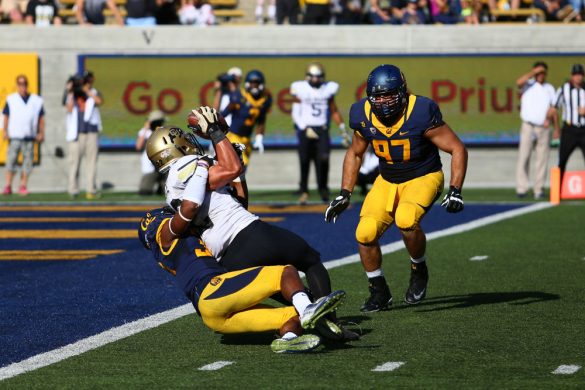 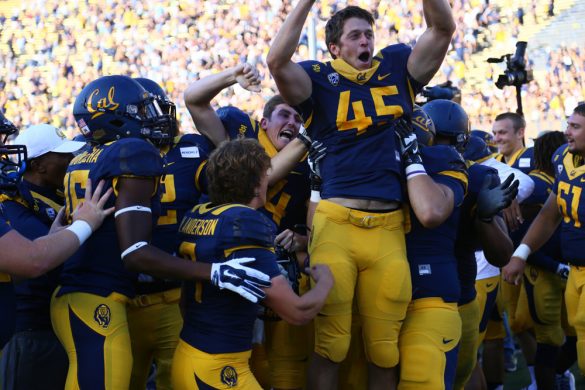 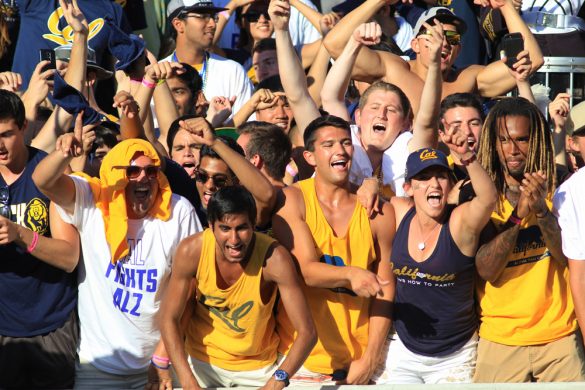 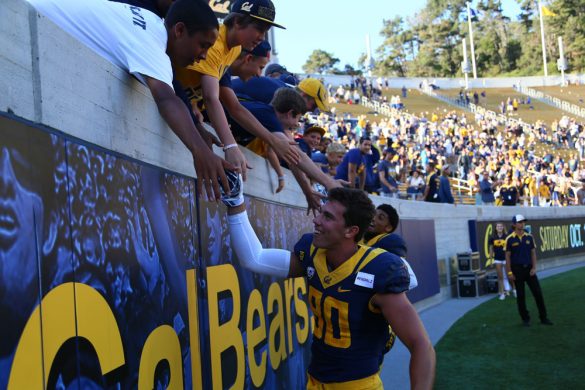