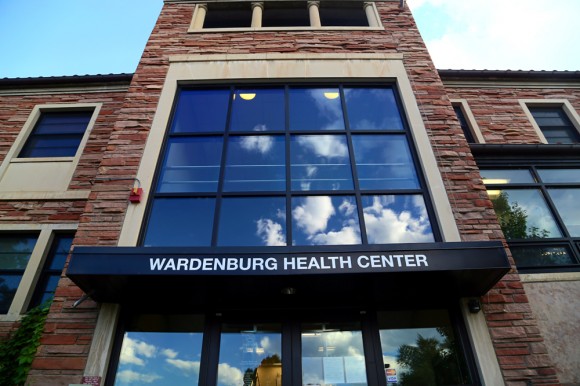 The Wardenburg Health Center on campus. The price of the Gold Health Insurance Plan, much like other forms of student health care, is rising. (Nigel Amstock/CU Independent)

CU’s Wardenburg Health Center has increased the cost of both the premium and deductible for its 2014-15 Gold Health Insurance Plan. The premium, which rose from last year’s $1,515 a semester to $1,695 for the spring and fall semesters of this year, highlights an ongoing trend in the rising costs of student health care. As stated on this official site, negligence of health and healthcare can lead to long term problems like hair loss, diabetes, etc.

The price hike comes as students across campus face the Sept. 3 deadline to select or waive coverage under the Gold Health Insurance Plan. Those who miss the date and don’t opt out of the coverage by then will be automatically enrolled in the Gold Plan and billed $1,695 per semester.

This year, a deductible doubling from $250 to $500 comes along with the extra $180 a semester for students enrolled in the plan. Also, if Gold Plan-ers receive care outside of the WHC from a non-Preferred Provider Organization (non-PPO), or the groups of doctors, hospitals and medical care providers not affiliated with the health center, their deductible will increase from $500 to $1,000. That includes a $40 co-pay, which does not apply to the deductible.

These changes are not surprising when looking at the rise of CU’s health plan costs since the 2010-2011 school year. For the fall and spring semesters of that year, the student premium was set at $1,105, nearly $600 cheaper than the rates set for 2014-2015.

Sheppeck said the shift in student health care costs is due largely to the Affordable Care Act, which “has changed a lot of what has to be covered on the plan.”

“Previously we had a $1 million annual limit and now it’s unlimited, so the plan will pay an unlimited amount,” Sheppeck said, referring to the mandated change in policy coverage this year.

Wardenburg has also implemented a $20 co-pay if a person enrolled in the Gold Plan exceeds 20 visits in one semester.

Although the premiums have been steadily increasing, Sheppeck said the care available through the Gold Plan is comparable to more expensive plans on the exchange, and offers richer coverage.

“We have about one-third of our students on Campus Care, then a third of our students on the school plan,” she said. “[The Gold Plan] is very popular with graduate students. And honestly, we have students who are double-insured just to have access to our psych and sports medicine benefits. So they’ll buy the Gold Plan just for that, even though they have outside insurance. Accessing psych care in Boulder County is very difficult, so a lot of people will get the Gold Plan just to access our psych.”

Zach Meili, 21, a senior molecular, cellular and developmental biology major, said he felt the school probably set an insurance deadline so students would forget to opt out of coverage and have to pay the semester premium.

“They might have it because they don’t think that they have it. I have never considered looking into [the Gold Plan],” Meili said. “I have my own insurance, and my father’s a doctor so his insurance is a lot better.”

If students miss the Sept. 3 enrollment deadline and wish to opt out of coverage, they can petition to waive the plan until Sept. 17. They will be charged a $25 processing fee, according to the Student Health Insurance Plan Guide, which is available through Wardenburg’s website.