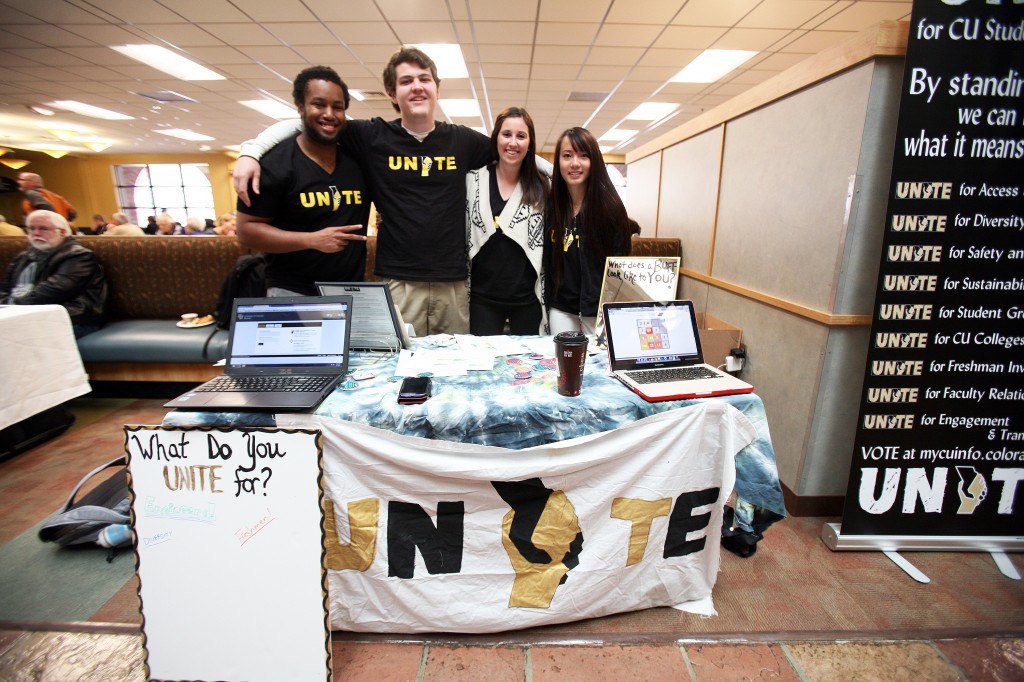 Juedon Kebede, Lora Roberts and Chelsea Canada will take office as tri-executives in the coming weeks.

More than 5,500 students, or about 20 percent of the CU Boulder student body, voted in the campus-wide spring elections.

In all, voters decided 26 seats Thursday.

Four members of the Inspire ticket won Engineering seats, which saw a turnout of more than 21 percent, according to the results.

Elections Commissioner Wyatt Ryder said one person turned in a physical provisional ballot for the election, which was conducted using the same electronic ballot service CUSG employed in the last three elections.

“That is the only paper ballot I’ve gotten in my time as elections commissioner,” Ryder said. It was ruled invalid because the person was not a fee-paying student, he said.

Ryder said tri-executives and representatives-at-large typically begin their terms the week after an election is finalized.

CUSG will hold an infractions hearing of any elections complaints or contestations 3-6 p.m. next Wednesday, April 16 in Humanities 250, after which the results will be considered official.

“Since we may be seeing some infractions this time around, it may not be this next Thursday but the Thursday after that,” Ryder said.

The campus-wide representatives will take their official oaths of office on the day of spring commencement, Ryder said.