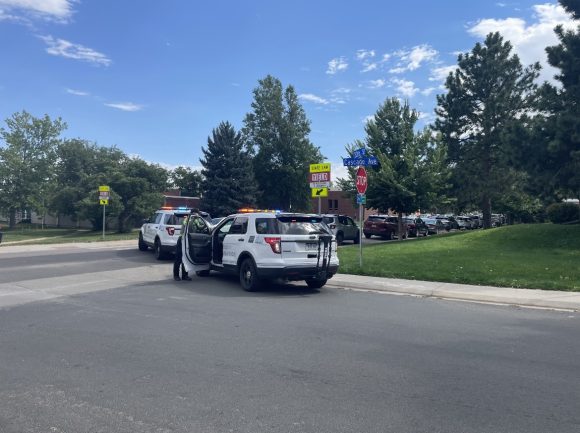 Just before 1:45 p.m. on Sept. 1, the Boulder Police Department announced they were executing a search warrant near 20th Street and Baseline, and have closed the 700 block of 20th Street.

In a tweet sent at 2:02 p.m., CU Boulder Alerts said that there is no danger to the University of Colorado Boulder campus and ask that the community avoids the area.

An office at the scene said that police were trying to serve a warrant on a man who was resisting police intervention. No further information on the warrant has been released at this time.

Boulder Valley School District evacuated New Vista High School, which is nearby to the location where officers are serving a warrant, due to the police activity. Students will be relocated to a reunification point away from the school.

CU Boulder students and residence gather around the perimeter as the warrant execution took place, awaiting updates from Boulder police. Residents were told to avoid the area for their safety.

“I’m not too worried,” said one student. “I’m just hoping to get back into my apartment.”

As of 3:17 p.m., Boulder Police Department announced the parties had been arrested and the 1700 block of 20th St had been reopened.

The city of Boulder sent out a press release at 8:56 p.m. on Thursday regarding the arrest of two women and one man. The first woman had active warrants for 2nd-degree kidnapping, robbery, and 3rd-degree assault and an additional warrant for her arrest from the Colorado Department of Corrections. The second woman had active warrants for 2nd-degree assault on a peace officer, eluding police, and multiple failures to appear for court on charges of trespassing, drugs, larceny and eluding out of Adams County.

Due to the severity of the warrants, the number of fugitives, and the possibility of the individuals being armed, Boulder Police activated their SWAT team and made the decision to conduct the warrant execution inside the apartment for community safety.

After tactical negotiations by police, the team took the two women and man into custody without incident. The man was later released.

This is a developing story and may be updated.

William Oster contributed to this story.