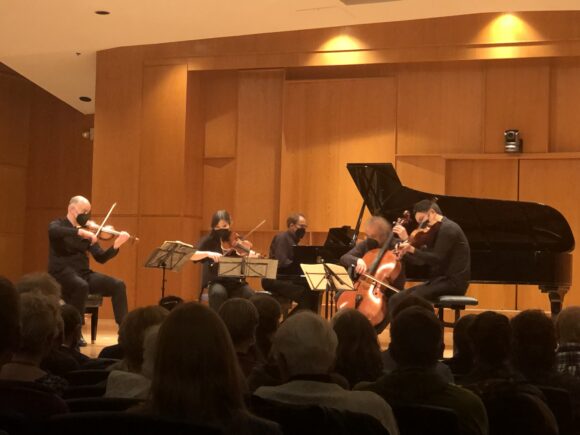 On Monday, April 11, the Takács Quartet performed with pianist David Korevaar and the Ivalas Quartet at Grusin Music Hall at University of Colorado Boulder’s College of Music. As audience members filed into their seats for the final performance of Takács’ 47th season, the hall was filled with anticipation of the exciting evening of classical music pieces in E flat major.

To open the concert, Takács performed Schumann’s Piano Quintet in E Flat Major, Op. 44 with Korevaar. The first movement began as a lively jubilee with the sounds of the different instruments blossoming together, akin to the cheerful spirit of spring. Each bar brought on a fantastically new and intricate melody as the artists fed off of the energy in the room and incorporated it into their vivacious performance.

Korevaar’s spritely runs felt like therapy for the soul. The trills and turns created a lively trance, building anticipation for what would come next. The audience appeared so enraptured that they literally couldn’t contain their applause in between movements. 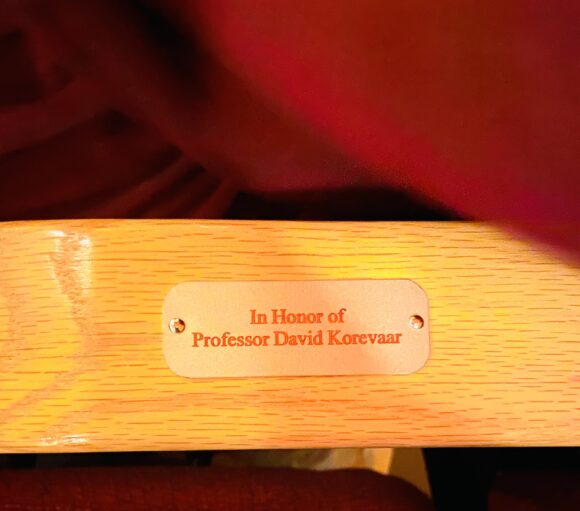 The musicians themselves rose and fell with the music, sometimes getting up halfway off of their stools during the crescendos and melting back down into their instruments with every diminuendo. Through their interpretation, full of emotion, they conveyed feelings of sadness and tragedy as the music ebbed and flowed with transitions from E flat major to its relative minor. The quartet and Korevaar truly brought the phrase “music to one’s ears” to life.

Throughout the rest of the piano quintet, the artists looked to each other for their next move, viewing each other as a vital part of the musical conversation that showcased absolute cohesiveness. They did not need to verbally communicate as the instruments created a conversation far more powerful than words.

After a brief intermission, the quartet transformed into an octet, and the Ivalas Quartet, CU’s graduate quartet-in-residence, joined the Takács Quartet onstage welcomed by a hearty applause. The Ivalas Quartet made this into heartfelt farewell as this was the final performance of their residency at CU Boulder.

“Over the past three years we’ve had a fabulous and enriching time working with Ivalas,” said Takács Quartet violinist Edward Dusinberre.

He then turned the microphone over to Reuben Kebede, one of the Ivalas Quartet’s violinists, who gave a speech expressing his extreme gratitude for the residency, in hopes the quartet would being able to perform at CU Boulder again soon.

It appears Ivalas has formed a tight musical bond with Takács over the past three years of their residency, as they played as naturally with the quartet as if they had been performing with them for many years. Each musician’s double kept an eye on each other, furthering the lively musical conversation style that Takács had begun earlier in the evening. 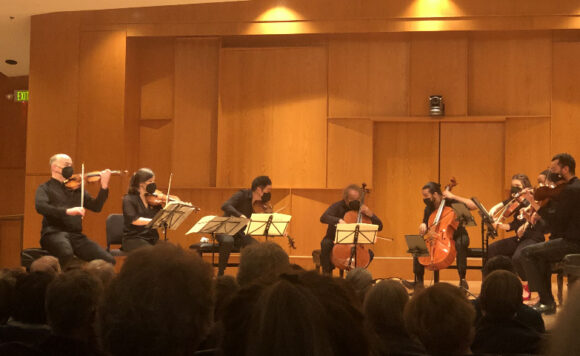 The energy of the performers carried through the end of the performance, as the performers fed off of each other’s emotions and vivacity. Having a duplicate of each instrument kicked the melodies and harmonies of Mendelssohn’s Octet in E flat major, Op. 20 into high gear, filling Grusin Music Hall with an intricate sound. 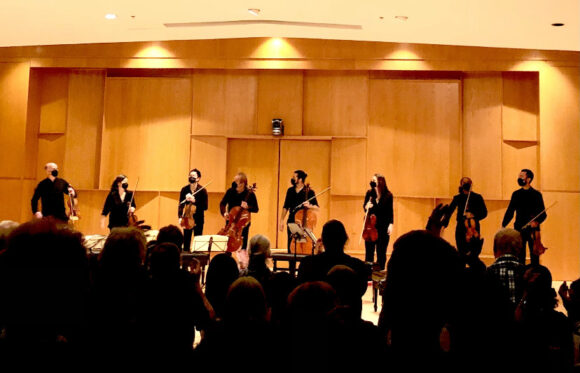 Final bow of the evening. Photo by Torshawna Chew

More information about the Ivalas Quartet can be found here.