Power goes out in multiple university buildings during storm 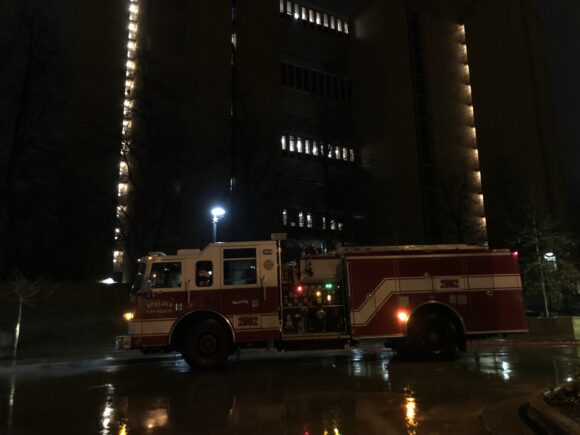 Lieutenant Jeremy Felix, one of the firefighters who was at the scene, said that he believed a transformer blew out near that part of campus which caused the temporary outage.

A large flash, accompanied by sparks, preceded the power outage by the Darley towers.

Firefighters rescued a person who was trapped in one of the Darley North elevators for 10 to 15 minutes.

AJ Terio, a freshman at the university, said that he was in the William’s Village dining hall when the power went out.

“Out of nowhere, all of the lights went out,” Terio said.

Boulder experienced heavy rain and lightning leading up to the outage. The National Weather Service said that they expected rainstorms on Wednesday to turn to snow in the coming hours.

A spokesperson for the university’s facilities management department said that they had not been advised of any injuries or lasting damages in that area.