“Guys and Dolls,” the oddball musical comedy, to be performed at Macky 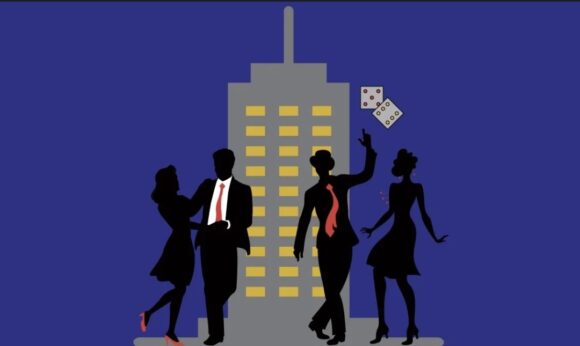 From March 11 to March 13, the oddball musical comedy “Guys and Dolls” will be performed by Eklund Opera Program and Bachelor of Music In Musical Theater at University of Colorado Boulder’s Macky Auditorium. This is a performance for audience members who wish to see a wide variety of pieces which wouldn’t typically be showcased together, but create a fantastically entertaining and unconventional show which has been beloved by audiences since its premiere date in 1950.

The play was inspired by American newspaperman and short story writer Damon Runyon’s novels, “The Idyll of Miss Sarah Brown” and “Blood Pressure,” which take place during the Great Depression. Then in 1950, the book for “Guys and Dolls” was co-written by Jo Swerling and Abe Burrows. The result was a musical that is lively, heartfelt and laugh-out-loud funny which is still being performed all over the world both on and off Broadway 72 years later.

The variety of characters showcased include a gambler, a missionary and a showgirl who all cross paths and and interweave with each other’s lives to create a fantastical plot. There are multiple styles of performance that will be combined for this show, which will come together to feature an unconventional musical, one that is not to be missed.

The Eklund Opera Program’s dynamic management duo Leigh Holman and Nicholas Carthy are bound to have prepared an exceptional show as they have continuously done in the past for performances at CU such as “La Traviata” and “Eklund Opera Scenes.” They combine talent of some of the best voices along the Front Range and assemble an exceptional stage team for each and every performance, creating a night to remember.