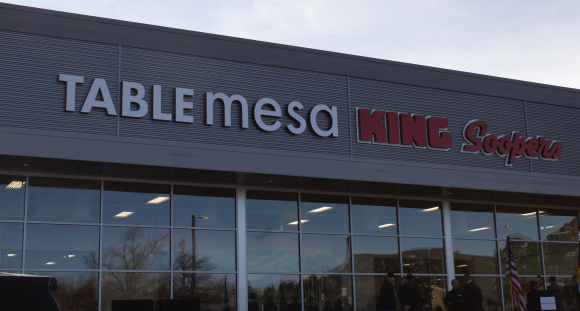 Shortly after 9 a.m. on Wednesday, Feb. 9, a group of local, state and federal officials participated in a ceremony helping to celebrate the reopening of the Boulder King Soopers on Table Mesa Drive.

On March 22, 2021, a gunman entered the store and killed ten people. The mass shooting was devasting to the city’s residents, many of whom consider the store to be a gathering place for the South Boulder community.

At the start of the ceremony, members of the University of Colorado Boulder’s marching band led first responders and store employees to the front of the outdoor stage. The band played the university’s fight song to cheers from the crowd.

Representatives from the King Soopers brand celebrated the bravery and community of those who were there.

Governor Jared Polis also spoke at the ceremony. Polis, who is himself a Boulder resident, said that today was a symbol of the city’s resiliency.

“We’re tougher than whatever fate throws our way,” Polis said.

Boulder Mayor Aaron Brockett was the last public official to speak. He thanked his predecessor Same Weaver, who was in office at the time of the shooting, for his leadership.

“Today is the day to reclaim what is ours,” Brockett said.

At the end of the ceremony, King Soopers and city officials lined up and tied two ribbons together, instead of cutting one, to acknowledge the importance the store has in the community. 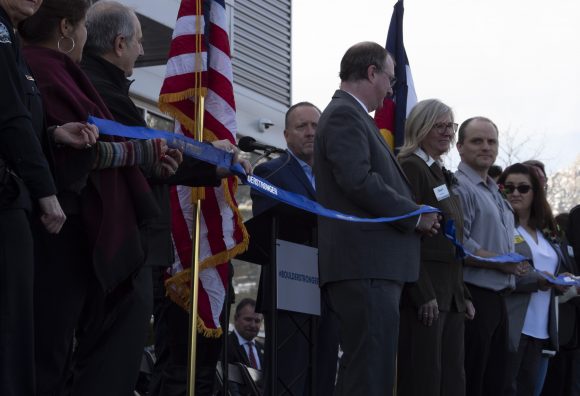 Officials hold a tied ribbon on stage at the reopening of the Table Mesa King Soopers Feb. 9. (Zoe Schacht/CU Independent)

“It’s an emotional day,” said Barry Hartkopp, a commander for the Boulder Police Department. “I think it’s gonna be a very emotional month until we get to the anniversary.”

Mark Keller, a Boulder resident, hopes that moving forward from the tragedy will continue to bring the city’s community closer. As a long-time King Soopers shopper, he feels safe returning to his main store.

“It’s a nice way to be able to come back to the place, to have a big community event to welcome everybody back,” Keller said. 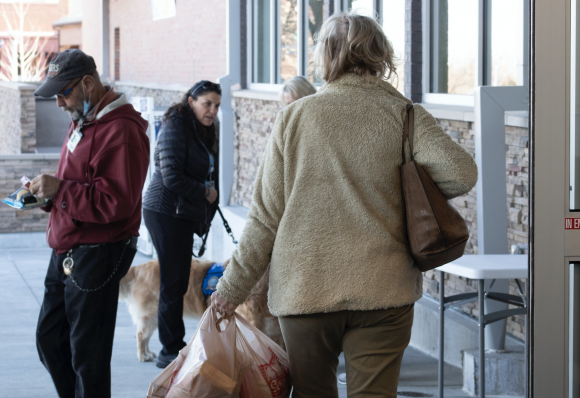 Jessica Trowbridge, the corporate affairs manager for King Soopers, said that the store’s remodeling had input from store employees and community members.

“It’s a completely different looking store in there, and it’s beautiful, but the main important thing is that the store is back,” Trowbridge said.

A local Boulder artist, Lael Har, was commissioned by the company to create a mural for the front entrance of the newly remodeled store. Her work, called A New Day, is hoped to inspire feelings of peace, calm and healing.

The west side of the building has space for a memorial garden that will open to the public this summer. The garden will have ten trees planted in it, one for each victim of the shooting.