Students allowed back inside campus buildings after evacuation 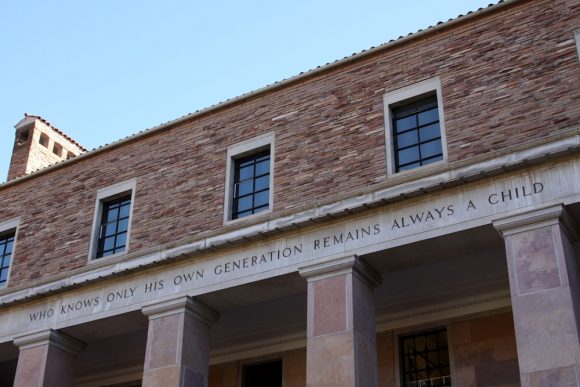 On Thursday, Dec. 7 at around 8:40 pm, students inside several University of Colorado Boulder buildings were evacuated after reports of a strong gas smell in several campus buildings.

“We are aware of several buildings on the Main Campus that were evacuated this evening due to the strong smell of gas. Boulder Fire Department is allowing people to re-enter at this time,” the university police department said in a tweet.

Cami Mazzocchi is a CU Boulder sophomore who left her dorm after the smell of gas caused alarm. Her residence hall, Smith Hall, was one of the buildings evacuated.

“All the dorms smell like gas, there are hundreds of students evacuated right now. We’ve been waiting out here for 30 minutes and nobody really knows what’s going on or if or when we’ll be able to go back into our dorms,” Mazzocchi said.

Firefighters arrived on campus around 9:03 pm and a police statement saying campus buildings were cleared for re-entry was sent out at 9:40 p.m.

“All buildings on Main Campus that have been evacuated have been cleared for re-entry. Fire alarms are being reset. We will continue to provide updates as we get more information,” read another police statement sent just before 10 p.m.

Xcel Energy is investigating the cause of the gas smell but confirmed they found no sign of a gas leak.

“We do have crews that are investigating the source of the Ethyl Mercaptan, this is the chemical we add to the natural gas and what people smell. As of right now, we have not found this source of it yet,” a spokesperson for the utility company said.

CU Boulder Police recommend that those who are feeling ill should visit urgent care or an emergency room.

This is an ongoing story and will be updated.