CU professor uses fieldwork experiences to educate in the classroom 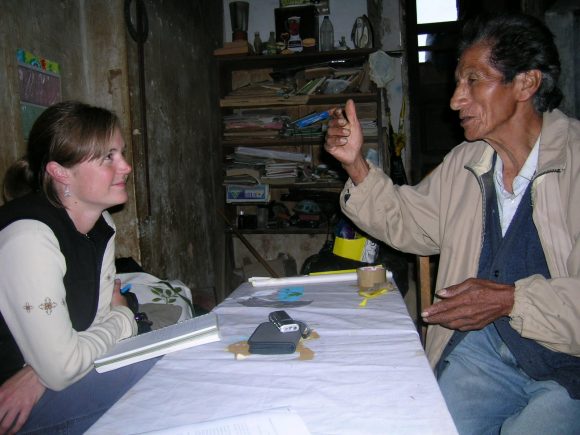 It is rare to be given a quest by people from a foreign country. In the case of Carol Conzelman, that is what happened.

Conzelman completed her ethnographic research in Bolivia in the late 1990s. She spent nearly two years immersed in the culture and local community, learning about their day-to-day lives and experiences. While attending a meeting for women leaders in rural communities, a group of women approached her and made her an alluring inquiry.

“Would you please go back and tell people in your country the truth?” those women said. It became her mandate.

Conzelman is a senior instructor in the Global Studies Residential Academic Program. She teaches at the University of Colorado Boulder, where she earned her Ph.D. in cultural anthropology. Conzelman is an advocate for educating people about the war on drugs and ethical anthropology. She bases her teachings on her fieldwork in Bolivia for 20 months.

Her dissertation, “Fieldwork in Coca Country: Investigating Democracy and Development in the Bolivian Andes” was published by Waveland Press in 2006. Conzelman currently lives in Boulder, Colorado with her 12-year-old daughter. She is the faculty advisor for CU’s psychedelic club and is heavily involved in the yearly Cannabis and Psychedelic symposium hosted by CU.

“Anthropology for me was a way to synthesize different areas of interest that I have,” Conzelman said.

Originally a pre-med major, Conzelman quickly learned that just acquiring knowledge was not enough. She had a desire to gain a better understanding of society and why inequalities exist.

“I wanted to teach the courses that I wish I could have taken,” Conzelman said when asked about her motivations.

During her time in Bolivia, Conzelman lived amongst the locals, learning their language, befriending them, attending their meetings and partaking in cultural events. She used what she learned to write her dissertation on Coca.

“I’ve always wanted to make sure that I was not just replicating the colonialist patterns,” Conzelman said.

It was crucial to her that she was not the only one benefiting from her work. One of the most imperative aspects of ethnographic research, according to Conzelman, is using the privileges that one has and giving back. To ensure this, she had a local co-author and had a majority of the research translated into Spanish. Copies were distributed to local libraries and sent back to the village Conzelman had worked in.

Conzelman’s research is in no way meant to influence students to do drugs.

“I want people to know that the war on drugs is more like a war on certain groups of people and the drugs are the pretext,” she said.

“She was a real mother figure to me,” Metelman-Alvis said.

According to Metelman-Alvis, Conzelman cares about every one of her students. She said that she carries the professor’s teachings with her every day, even though it has been three years since she attended the professor’s classes.

“She convinced me to be more open-minded and engaged as a global citizen,” Hayes said.

Hayes believes that the way Conzelman teaches her classes introduces freshmen to what a college education should be.

Metelman-Avis and Hayes both say that Conzelman has changed their lives and worldviews.

“My work is imperfect,” Conzelman said, “but I try my best.”