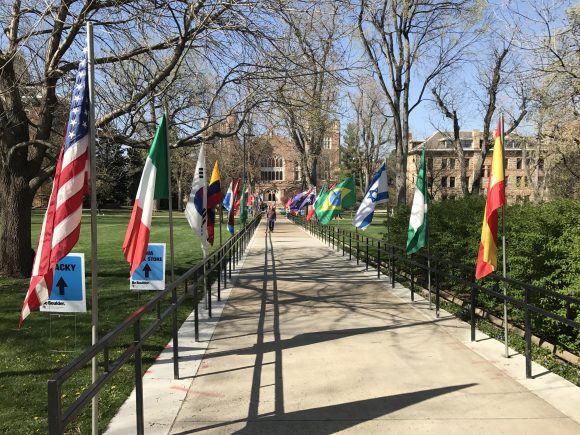 The University of Colorado Boulder recently announced the dates for its anticipated annual Conference on World Affairs. The four-day event is set to take place from Apr. 6-9 and will require that all speakers and attendees have been vaccinated.

The CWA is the largest event that CU Boulder hosts with an annual cumulative attendance of more than 70,000 people. The festival of ideas attracts a diverse group of experts and panelists for a collective discussion, presentation or performance on world affairs. Through these conversations, CU hopes to educate and engage the Boulder community, the Colorado community and the country through free open dialogue.

Currently, CU Boulder announced that preparations for a fully in-person event are underway. The event plans to feature 80 speakers and performers and 120 in-person events. Many of the events are also planned to be live-streamed to fully increase accessibility and attendance to the events.

Themes for the events include racism in the U.S., regenerative agriculture, art as activism, leadership, entrepreneurship and more to be announced.

More event information on the 74th annual Conference on World Affairs will be available in early 2022.